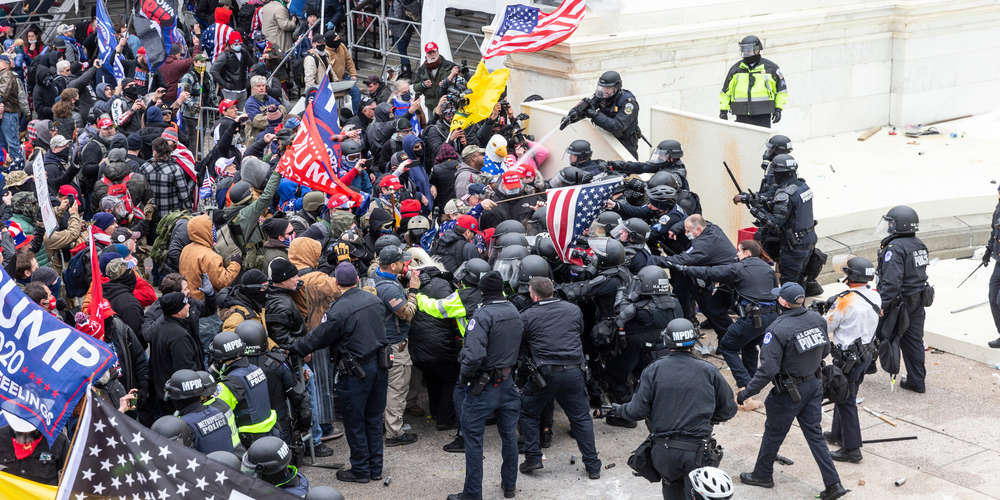 When asked Friday on a conservative radio show how often he’s asked about the U.S. House Committee investigating the Jan. 6 attack on the U.S. Capitol, Colorado Congressman Ken Buck called it a “nothingburger.”

“I haven’t been asked yet on the campaign trail about [the committee],” Buck, a Republican, told KNUS’ Steffan Tubbs. “I’ve been asked by some reporters about it. But I really think it’s a nothingburger. I think that, you know, it could have been an important investigation if it had been bipartisan.”

In a series of hearings, the House Jan. 6 committee detailed, among other things, Trump’s refusal to take action to try to stop the Capitol riot as it raged for over three hours. As a result, the former president appears to have lost the confidence of some Republicans and was the object of scathing criticism from journalists and Democrats. The hearings revealed evidence that could be used by the Justice Department to prosecute Trump.

Buck softy acknowledged the criticism of Trump but dismissed it.

“I think that certainly, President Trump could have reacted more quickly and more decisively,” Buck told Tubbs. “I also think that Nancy Pelosi made really critical, critical errors in the days leading up to January 6. And so I think that if there had been a fair evaluation of the circumstances, people would have paid more attention and given it more credit. But right now, I think there’s very little credibility that’s attached to the findings of this commission.”

Republicans at first signaled they’d take part in the Jan. 6 investigation but later mostly refused to participate, with the exceptions of Liz Cheney of Wyoming and Adam Kinzinger of Illinois.

Buck had tweeted earlier that day about the results of the House vote to ban semi-automatic weapons, writing he will not stand by as the House Democrats “seek to gut out our God-given, constitutionally protected right to bear arms.”

On the radio, Buck said the ban is a calculated move from the Democrats.

“They draft these bills and put them on the shelf and when something happens they pull them off the shelf. This is calculated; this is cynicall on their part,” Buck said on the Tubbs show.

Semi-automatice rifles are the weapon of choice in many of the worst U.S. mass shootings. They were once banned here.