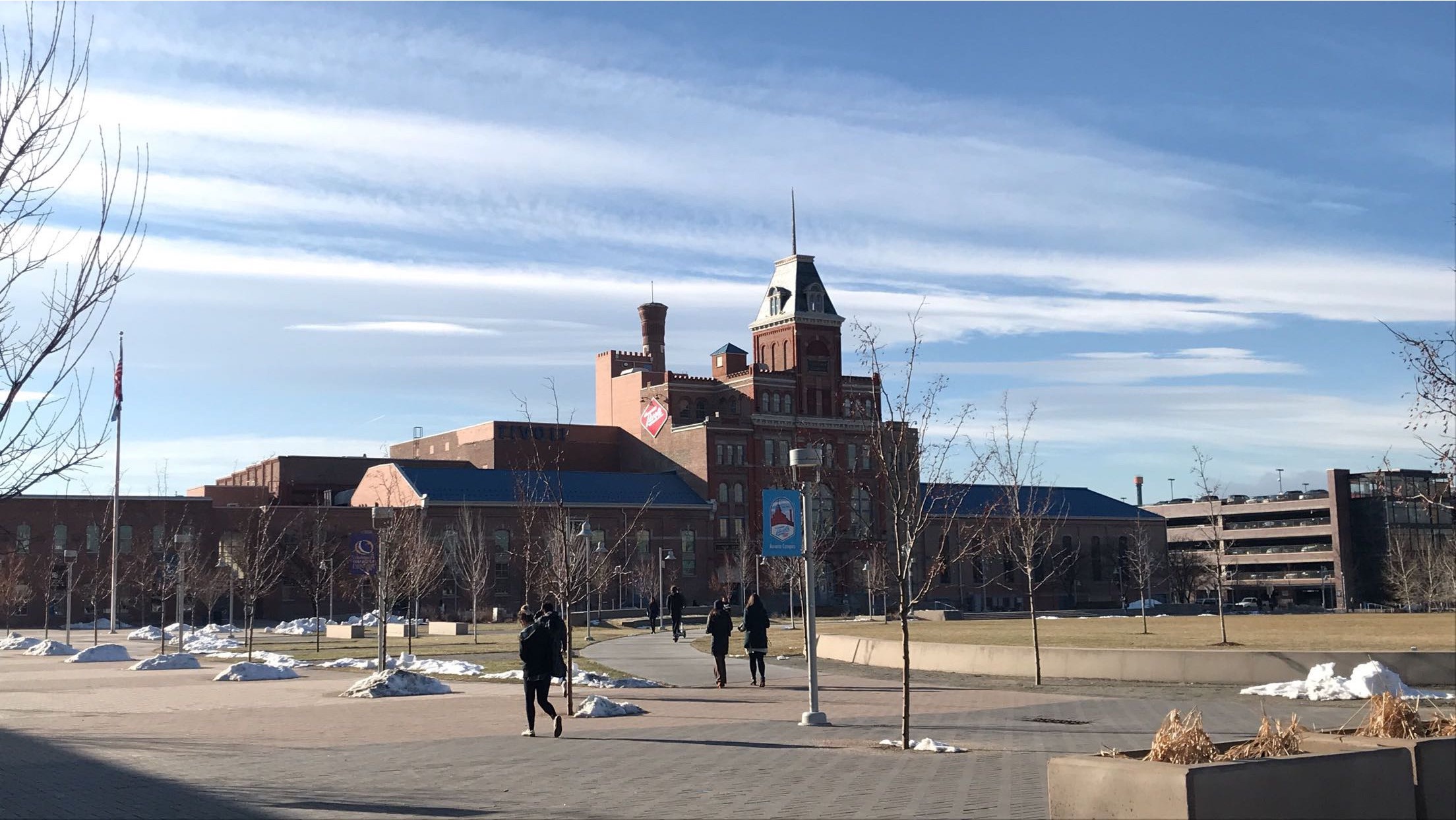 University of Colorado (CU) Regent At-Large Heidi Ganahl, a Republican, says higher education is experiencing a “turning point” as the pandemic rages on.

Ganahl took to the conservative Jimmy Sengenberger Show on 710 KNUS December 19 to advocate for budget cuts to allow tuition cuts for students.

Listen to the full interview here:

Students enrolled in the CU system continue to pay the same tuition despite the shift to remote learning and restrictions on parties and certain extracurriculars.

“I think students and parents are going to start voting with their dollars,” Ganahl told Sengenberger.

In an op-ed written for the Denver Gazette earlier this month, Ganahl wrote that she pushed for a 20% tuition discount for the spring semester and that fees for services that students don’t receive also be waived.

Ganahl told Sengenberger the idea started as a $1000 rebate ($500 for part-time students) per semester, per student, back in August. That proposal lost in a five-four vote on the Board of Regents. Republicans held a majority on the board at the time, but Chair Glen Gallegos (R-Grand Junction) voted against the proposal, which opponents said would threaten the economic foundation of CU.

After the failed vote, Ganahl said that despite student pushback, the other regents didn’t put a lot of effort into working with the students to come up with a solution.

How does Ganahl propose swinging such large tuition cuts?

“Everything outside of the college’s core educational and research missions has to be looked at,” said Ganahl. “And some of it needs to go.”

“If you eliminate bloats around administrative expense, and get rid of some of these ridiculous course offerings like, you know–we love baseball–but American Baseball as a history course or Horror Films in American Culture are not courses that schools can afford to provide,” said Ganahl.

“Our college education needs to be focused on an efficient core curriculum,” Ganahl said.

On the radio, Margesson argued that even classes that are seemingly “throwaway” often have merits.

“I think [cutting classes] is dangerous for folks who are not entirely aware of the purpose of certain courses to decide based on the title that those courses are not worthwhile,” Margesson argued.

Both Margesson and Ganahl, however, enthusiastically agreed that administrative expenses have to be cut.

At one point, Ganahl expressed her disbelief that CU is actually hiring new administrators–according to Ganahl, non-instructional spending at CU has risen 65%, versus 35% nationally.

Margesson said it feels like there are constantly new administrative positions being created at Regis University, which is not part of the CU system.

“There seems to be a lot of redundancy at the administrative level in terms of multiple deans, or multiple Vice Presidents…” Margesson said.

If non-instructional cuts were to be made, however, Margesson cautions that the wrong sorts of cuts could be made.

“…it seems like these cuts are made on the backs of the most vulnerable people at the institution,” Margesson noted, citing his experience watching as much as half of the Regis janitorial staff get cut during the last Great Recession.

What CU needs to focus on, said Ganahl, is its teachers and the quality of its education. This means not only eliminating administrative bloat and eliminating some courses but taking a hard look at student services and construction.

Yes, CU does have a rainy day fund, but according to Ganahl, it’s not nearly robust enough to cover differences in tuition, as reserves have constantly been spent to avoid deeper cuts, she alleges.

This is especially concerning for Margesson, who noted that universities’ rainy day funds were originally intended for the inevitable steep decrease in enrollment in the academic years 2024-2026 due to “a significant decrease in the birth rates in the United States during the 2007-2008 recession.”

It should also be noted that CU, like most colleges right now, is already losing massive money from lower enrollment even without cutting tuition expenses.

To dampen revenue loss, “colleges and schools were asked to absorb recommended cuts of up to 5% and to temporarily reduce salaries, delay noncritical hires and provide retirement incentives for those who qualify,” according to CU Boulder Today.

According to Forbes, it’s not unusual for universities to charge extra for online courses due to additional IT support expenses, new online technologies being used to teach, and adapting the curriculum to be taught online.

But this isn’t just about how colleges operate during the pandemic. Ganahl wants students to take a new approach towards higher education.

“…What do you want your earning power to be? And then how can you reduce the cost by things that you can do in high school,” Ganahl said. “Like taking concurrent enrollment classes, or AP classes, or going to community college first and then transferring to a four-year college, and then graduating within four years.”

Ganahl wants students and families to seriously consider whether a four-year, two-year, or vocational program is best for them.

She also wants students have their majors completely figured out before they start taking major-specific courses–a feat easier said than done, considering that around one-third of undergraduate students obtaining a bachelor’s degree change their major at least once.

Democratic CU Regent At-Large Lesley Smith provided a response to Ganahl’s claims that the CU Regents have not been working with students, in an email to the Colorado Times Recorder Thursday afternoon. Read the full statement below:

Students are our top priority as a university and Board of Regents.  As regents, our job is to ensure the stability of the university so it can continue to provide the high quality of instruction and service that our students and the taxpayers of Colorado expect.

Regent Ganahl suggests some of her board colleagues don’t listen to students. The fact that we considered the matter and brought it to a vote shows we do listen and engage. Many of us have responded to emails we received, as well.

The six regents who voted against the proposal in November (the vote on her initial proposal in August was 5-4 against), which carried a $92 million price tag, did so because it would erode the quality of a CU education for all students. I personally voted against it because I believe it would have had a devastating impact on our ability to continue providing a high-quality education, which has always been my primary focus.

She fails to note some important facts regarding costs. Out of pocket costs for all CU students have decreased in recent years. Since 2004, costs for students from families earning less than $100,000 dropped 12%, adjusted for inflation. There has been a zero percent increase in tuition at CU for the past three years.

Additionally, since August CU has made $12 million available to students in-need for everything from tuition to housing to mental health care (funds made available from the CU Foundation).

To suggest that regents or the university do not listen to students does a disservice to all those working to ensure a high quality of educational and that our students can continue of complete their educational journeys during the pandemic.

In addition to being a regent, I was teaching faculty at CU for many years, a parent with a son at CU, and live in Boulder. I know that my former colleagues have made every effort to maintain a high level of teaching even under the duress of furloughs of staff and salary cuts for faculty. My son completed his senior year under the cloud of the pandemic, and I did not observe a decrease in the quality of his classes. He graduated this month and will start a new job in his field of study. As a former school board member in BVSD, I would often hear from my friends and community parents about issues their children were facing at their schools. I have not heard any complaints from parents I know who have children attending CU.