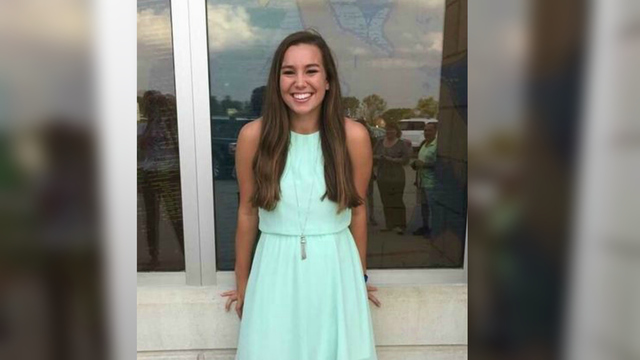 Colorado lawmakers are joining the nationwide chorus of conservatives who are seizing on the death of an Iowa woman who was allegedly killed by an undocumented immigrant to push the false narrative that immigrants make communities less safe and to advocate for tougher immigration laws.

It’s the latest in an effort by conservatives to paint immigrants as dangerous criminals who pose a safety threat, when, in fact, a trove of empirical evidence shows that immigrants – both documented and undocumented – are less likely to commit crimes than native-born Americans. And some research even suggests that immigrants make their communities safer.

Some of Tibbetts’ family members have publicly decried efforts by conservatives to use the tragedy to demonize immigrant communities. Mollie Tibbetts’ father Rob Tibbetts jumped to the defense of Iowa’s Hispanic community, and even managed to crack a joke despite the horrific circumstances:

“The Hispanic community are Iowans. They have the same values as Iowans,” Tibbetts said at his daughter’s funeral, according to the Des Moines Register. “As far as I’m concerned, they’re Iowans with better food.”

In a Facebook post, Tibbetts’ cousin Sandi Tibbetts Murphy wrote, “You do not get to usurp Mollie and her legacy for your racist, false narrative now that she is no longer with us. We hereby reclaim our Mollie.”

She also argued that rather than vilifying immigrants, the nation needs to address the issue of violence against women, which she believes to be at the root of her cousin’s murder.

Neville took to Facebook days after the news broke of Tibbetts death to call for tougher immigration laws and plug his anti-sanctuary city legislation. 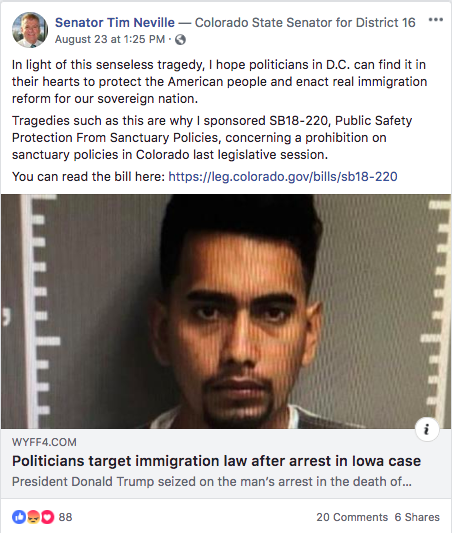 “In light of this senseless tragedy, I hope politicians in D.C. can find it in their hearts to protect the American people and enact real immigration reform for our sovereign nation,” wrote Neville in a Facebook post that decried sanctuary cities.

Tibbetts was murdered in her hometown of Brooklyn, Iowa, which has a population of 1,468 and is not a sanctuary city. And even if it were, sanctuary policies are not linked to an increase in crime, including murders.

Williams, who has received national attention for pushing some of the most extreme immigration policy in the country with a bill that would have made it a felony to enact sanctuary city policies, joined in on the politicization of Tibbett’s killing. 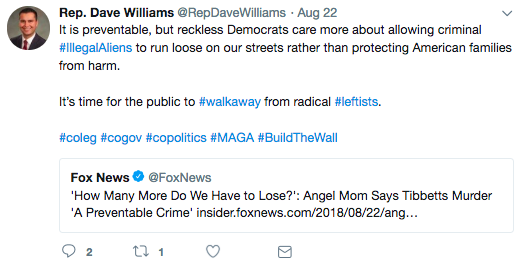 In a series of Tweets, Williams blamed Democrats for Tibbett’s death, saying they “care more about allowing criminal #IllegalAliens to run loose in our streets rather than protecting American families from harm.”

He also said that Democrats “want to put Americans in harm’s way” and urged voters to “#walkaway from militant #leftists this November.” 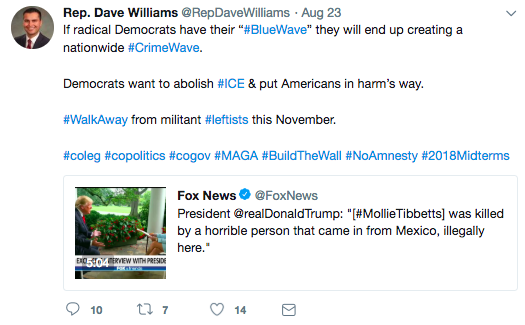 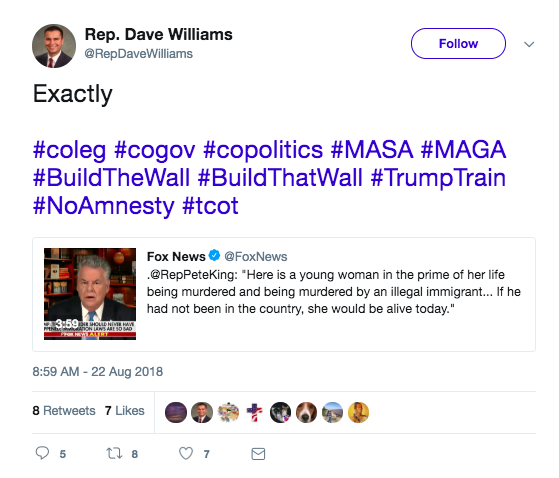 In a statement sent via email to the Colorado Times Recorder, Colorado Immigrant Rights Coalition Executive Director Nicole Melaku criticized what she referred to as the “baseless rhetoric based on fear mongering” coming from conservative politicians:

“Coloradans, like Iowans, work hard to provide and ensure prosperity for our families. This baseless rhetoric based on fear mongering goes contrary to the desires of her family and Mollie herself. Her family understands that this horrible act that ended their daughter’s life does not mean a whole community should be blamed. To us, this is clearly an attempt for these legislators to align themselves with Trump’s plan to scapegoat and target immigrants across racial and ethnic lines in order to divide our communities. But to those of us who work with immigrants daily, we know that they financially and culturally enrich our families, our communities, and this great country. Whether white, black, brown, Colorado Native or 1st generation, we all want to leave a better Colorado for our children.“