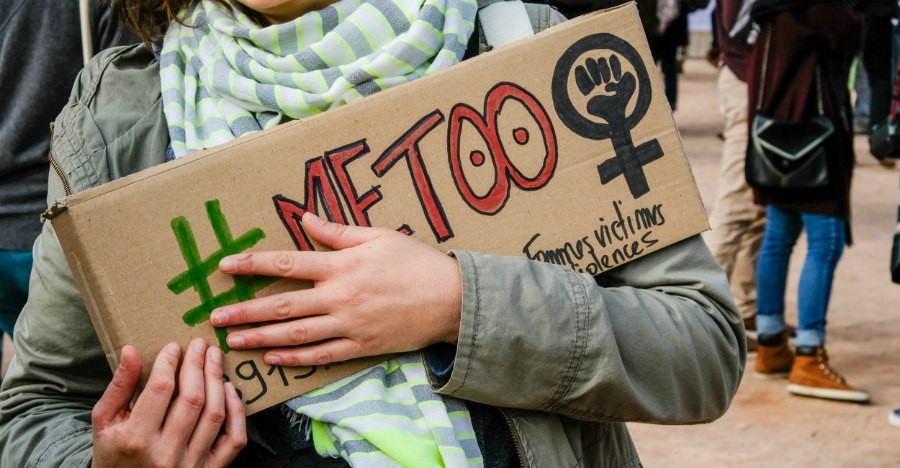 As part of its “We Care” tour, the anti-abortion organization Students for Life is attempting to convince rape survivors on college campuses who have become pregnant not to chose abortion.

These signs appeared on Denver University’s campus last week, which prominently display contact information for the Rape, Abuse, and Incest National Network, or RAINN, making it appear as though these materials might come from RAINN itself. RAINN bills itself as the nation’s largest anti-sexual violence organization, and operates a hotline for survivors. 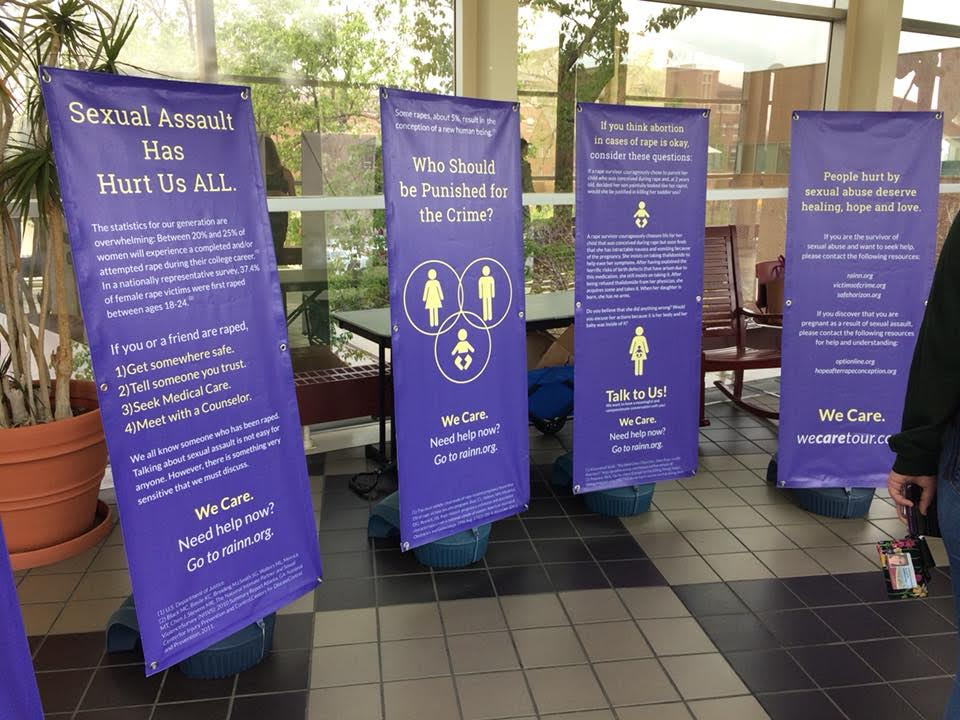 One sign asks “Who Should be Punished for the Crime?” next to images of a woman, a man, and a baby.

Another sign reads “If you think abortion in cases of rape is okay, consider these questions,” then presents the following hypothetical situation that equates abortion to killing a two-year-old:

“If a rape survivor courageously chose to parent her child who was conceived during rape and, at 2 years old, decided her son painfully looked like her rapist, would she be justified in killing her toddler son?”

RAINN has no affiliation with Students for Life, according to RAINN Press Secretary Sara McGovern, who also said the organizations “have not been in contact.”

RAINN has a strict policy of neutrality when it comes to abortion. Its guide for responders who are assisting women who contact them with concerns about pregnancy after an assault instructs them “not to  impose  your  own  views  upon  visitors.” They even tell their staff not to offer resources or any kind of validation for the choices women make regarding what to do about their pregnancies, whether that means carrying a pregnancy to term or seeking an abortion.

By contrast, Students for Life’s “We Care” campaign website tells women that “even if this new human person is forced upon you unwillingly, there is no way to remove them without actively killing them,” and calls abortion after rape “a great injustice to the second victim involved because they did not choose to be placed in this situation, either.”

Some have raised concerns that displaying RAINN’s name so prominently on their signs might cause confusion.

Hannah Rose is a recent Denver University graduate who also works with the campus health and counseling center to prevent sexual assault.

In an interview with the Colorado Times Recorder, Rose called the signs “misleading,” and expressed concern that they could lead some to believe that “one of the biggest national organizations that has led the work against rape and sexual assault is in favor of this very skewed opinion when they’re not.”

The Colorado Coalition Against Sexual Assault’s Executive Director Brie Franklin also condemned the campaign in a statement provided to the Colorado Times Recorder:

“Survivors of sexual assault have already had their bodily autonomy taken away from them. They should not be tricked or shamed to further someone else’s agenda. CCASA supports survivors in making any decision that they feel is right for them.”

“Everyone should have autonomy over their own body,” said Rose. “Saying you have to make this decision and you have to have a baby, and saying you don’t have much of a choice over your own body, further taking that autonomy away is just horrible.”

“Women should be able to be empowered and take whatever steps they want to take to move on and heal from what they’ve experienced,” Rose added.

Asked about the potentially misleading inclusion of RAINN on the signs, Students for Life spokesperson Kristi Hamrick sent the following statement via email:

“Students for Life of America goes to campuses across the country, bringing all kinds of information advocating for pregnant and parenting students, and we use a number of sources to illustrate the story of life. During the We Care tour stops, for example, our students and advocates visited campuses to be a resource and are well identified as working with the Pro-Life Generation that makes up Students for Life. Citing information from other sources doesn’t  change the fact that our students are there, in person, to speak with anyone willing to listen, making it clear whom they represent and whom they are fighting to protect.”

Polls show that fewer than one in five Americans believe abortion should be illegal in cases of rape.