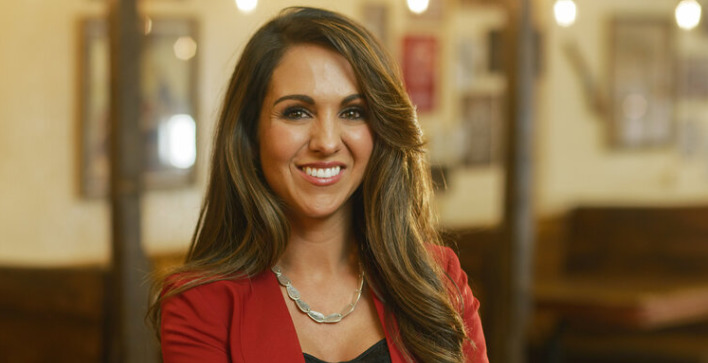 About three years ago, the Garfield County Court ordered Colorado congressional candidate Lauren Boebert to garnish the wages of an employee at her restaurant, Shooters Grill.

Boebert ignored the order. Over a period of ten months in 2017, she and her employee, who’d been sued for failing to pay a personal debt, continued to be nonresponsive to the court and the lawyers involved.

Eventually, the Garfield Court ordered Boebert to participate in a hearing via telephone, but she skipped the call, leaving other attorneys waiting for her on the phone.

The judge and the attorney for the debt collector, Professional Finance Company, were “present by phone” according to the case summary (here, here, here, here) and other case documents obtained by the Colorado Times Recorder from the Garfield Court via a records request.

Then she didn’t appear for a second court hearing, after being served a formal order to do so.

Boebert’s decision to stonewall the court was costly.

The grill’s debt to Professional Finance Company, Inc., a debt collector representing a nonprofit organization in the case, appears to remain unpaid. It’s listed as a “judgment” among her restaurant’s liens, according to public records, although Boebert’s campaign has said it’s not aware of any unpaid liens.

The Denver Post’s Justin Wingerter first reported in July that eight liens, in addition to the lien filed in this garnishment case, totaling about $19,000 have been filed against Shooters Grill in the past four years for past-due unemployment insurance, interest, and penalties.

“I Have Gotten a Proctology Exam from the Media”

Boebert’s campaign did not answer an email seeking to know why it took so long for Boebert to respond to the Garfield County Court’s order to garnish her employee’s wages. Boebert’s campaign has refused to show evidence (e.g., receipts) showing that the liens are paid off.

But, generally, Boebert, who faces Democrat Diane Mitsch Bush, is critical of the media scrutiny of her record, telling KNUS radio host Randy Corporon Saturday, “I have gotten a proctology exam from the media.”

In her campaign speeches, she normally offers a somewhat softer version of this comment about the media and her critics.

“I’m ok with the personal onslaught that they have because they can’t win on policy,” she’s said, even though she mostly sidesteps serious policy discussions. “Their policy doesn’t keep America great. It doesn’t do anything to help the American family.”

A Pattern of Ignoring the Rules

Boebert’s decision to disregard the order to garnish her employee’s wages is part of a pattern of failing to respect everyday regulations, orders, and requests from public officials and Colorado’s court system.

During the past five years, she failed to appear for court hearings in two minor, easy-to-deal-with criminal matters, resulting first in arrest warrants and then two actual arrests, which left a trail of fingerprints and mugshots that have been exploited by her opponents.

On the campaign trail, Boebert brags about defying Colorado’s public-health order this spring to shut down her restaurant to fight COVID-19.

She’s still outspoken about her opposition to virus-related health orders saying mask-wearing should be a “personal preference.”

Overall, her response to COVID-19 led one public health expert to say she’s “stoking mistrust” of “heroes” who work in public health.

Boebert’s defiance of government rules, despite her posture of being a law-and-order candidate, can be seen throughout her business career.

A 17-year-old server, featured in a news report about Shooters Grill, says Boebert “allows me to” carry a gun on the job at the restaurant, even though it’s illegal in Colorado.

“Well, because I’m seventeen, I actually can’t carry it everywhere,” said one of Boebert’s servers in a Barcroft TV interview, shot in 2015, referring to the gun on her hip. “I can carry at work because it’s Lauren’s private property. And she allows me to.”

A report by the Garfield County Public Health in 2017 determined that sliders sold illegally by Boebert’s restaurant at a Rifle rodeo sickened 80 people.

Despite the report’s conclusions, Boebert refused to take full responsibility for the poisonings, disputing the number of people affected and implying that the real cause was the “level of filth that was on the grandstands at the fairgrounds,” including “fecal matter” that was “never tested.”

Editor’s Note: Other case documents (case #2015 C 030346), in addition to the case summary linked above, are available from the Colorado Times Recorder upon request.