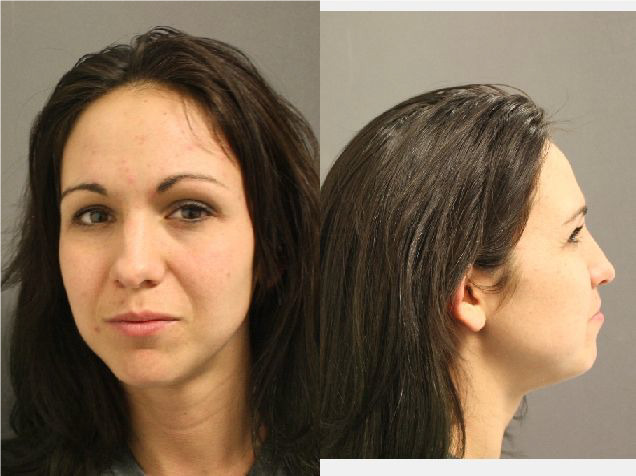 Demonstrating no remorse for failing to show up for court multiple times, resulting in warrants being issued for her arrest, Colorado congressional candidate Lauren Boebert on Friday misrepresented and mocked her criminal arrest record, saying at one point, “And I even got a pretty mugshot out of it.”

Speaking at a campaign stop in Walsenburg, Boebert said her opponents are trying to “vilify” her over a traffic violation.

“I didn’t pay the ticket,” Boebert told the crowd of about 75 people, none of whom were wearing masks. “But I got it paid. One hundred dollars. And I even got a pretty mugshot out of it. Now that mug shot is being blasted everywhere to try to vilify me, to make me look like Colorado’s most wanted, while they are promoting defund-the-police organizations. [The crowd boos.] This is not right.” (Listen here at 8 min 50 sec.)

If fact, Boebert was not arrested in 2016 near Rifle for the traffic ticket she received for rolling her truck on a rural road, which is indeed not a serious infraction.

Instead, she was arrested for failing to show up for a court hearing. After her accident, she was given a ticket with a date for a mandatory hearing, which she skipped without informing the court.

Then she ignored the court’s pleas to schedule a new hearing or possibly even settle the matter simply by “contacting the court.”

After four months of waiting, the Garfield County court finally arrested Boebert, and she landed briefly in jail, where she was fingerprinted and the mugshot was taken. Later, after a court appearance, she paid a $100 fine and the matter was settled in 2017.

These facts don’t square with the “I-didn’t-pay-a-ticket” story she breezily told her fans at the rally Friday.

Boebert’s unrepentant bravado Friday about her arrests contrasts with her humble apology to the Mesa County Court for another arrest, also for failing to appear for two mandatory hearings in 2015.

Her apology came after she’d been arrested for failing to appear in court in the case, which involved a disorderly conduct charge and was first reported by Colorado Newsline. It was later dismissed.

Boebert wrote that she was sorry for “irresponsibly wasting the court’s time with this matter.”

“For the second time pertaining to this case I have missed my scheduled court date on November 20, 2015,” Boebert, then 29-years-old, wrote to Mesa County Court Judge Craig Henderson in court documents obtained by the Colorado Times Recorder via the Colorado Open Records Act.

“I apologize for irresponsibly wasting the court’s time with this matter. I want nothing more than to be finished with this case, as it is not something I keep on the forefront of my thinking. I am writing this letter to request a new court date.”

Related: Arrest Warrants Issued for Boebert in Multiple Cases After She Didn’t Show Up for Court and Read Boebert’s Arrest Report and See What You Think

Boebert raised the topic of her arrest and mugshot because, she said, billboards have been erected in Pueblo showing her mugshot. The advertisements are part of a campaign by Rural Colorado United, an anti-Boebert group.

“If you’ve been to Pueblo, I got some pretty new pictures up on some billboards,” Boebert told the Walsenburg crowd, saying it was ironic that she’s being attacked for her criminal record when it’s Democrats who are “allowing all this looting and destruction.” (Listen here at 7 min 55 sec.)

“This same party that is allowing all that to go on is trying to vilify me over a traffic violation where no one else was injured, no one else was involved, there was no alcohol,” she said at the rally. (Listen here at 8 min 5 sec.)

“I’m okay with the personal attacks that are coming my way, because I know that they cannot win on policy,” said Boebert at the event.

She rejected an opportunity after her speech to talk about her policies, walking away from a reporter when told he was with the Colorado Times Recorder.

Related: Boebert Apparently Broke Law by Allowing a Juvenile to Carry a Gun in her Restaurant

Boebert was well received by attendees of the event in Walsenburg.

“I liked her stand on Freedom,” said John Hudson. “She is a strong person. I think she will probably represent us even better [than U.S. Rep. Scott Tipton].”

“I love how energetic she is,” said Belt as he left the event. “She is a little bit mighty.”

Listen to a portion of Boebert’s speech in Walsenburg Oct. 2 here: