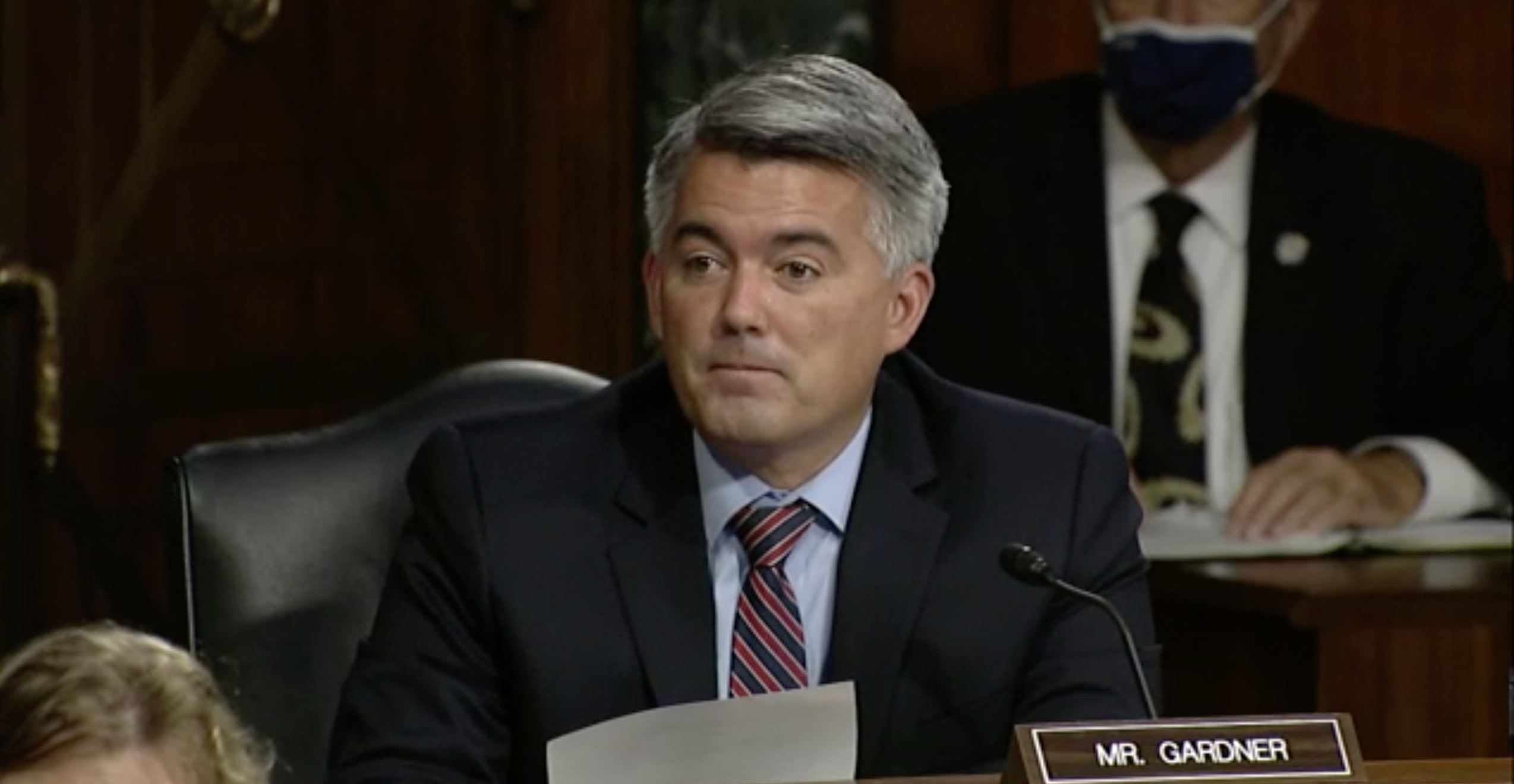 WASHINGTON— During a U.S. Senate Foreign Relations Committee hearing today, as Democrats pressed Secretary of State Mike Pompeo on multiple fronts about what they perceive as his failed leadership of the State Department, Colorado Sen. Cory Gardner took aim at China once again, accusing the Chinese Communist Party of spreading disinformation online regarding the coronavirus.

When it came to Gardner’s two specific policy questions concerning Asia however, Pompeo declined to answer and Gardner didn’t push him for details.

Gardner has been positioning himself as tough on China in recent months, particularly since the pandemic reached the United States. Lately he has focused on the spread of disinformation online about COVID-19, despite similar accusations being leveled against the Trump administration.

Today, Gardner asked Pompeo about what the United States is doing to combat Chinese disinformation.

“China is an emerging global power that is intimidating its neighbors, brutally suppressing its own citizens, and attempting to remake the world order in its own image,” Gardner said.

Gardner emphasized that it is “more important than ever” that the United States plays an active role in the Indo-Pacific region. China has been accused by governments around the world of torturing and committing grave human rights violations against the Uighur Muslim population.

Gardner praised the Trump administration for sanctioning Chinese officials for the alleged abuses and touted legislation that he co-authored, the Asia Reassurance Initiative Act, (ARIA) which would authorize $1.5 billion annually for the State Department to advance foreign policy interests in the region.

“I was obviously pleased to see that several Chinese officials were sanctioned for abuses against Uighurs, and even eleven Chinese entities implicated in similar abuses were added to the Commerce Department’s entity list,” said Gardner, asking Pompeo what else the Administration was doing to remedy the abuses.

Pompeo acknowledged Gardner’s work on the ARIA bill, but declined to answer the senator’s question, saying only that he “didn’t want to get in front of final decisions” but that Gardner can “rest assured” that there are “further actions that State Dept. and Dept. of Treasury are working to complete,” regarding the “horrific human rights violations” in China. Gardner did not press Pompeo for details.

The Secretary similarly refused to answer Gardner’s other foreign policy question pertaining to another of the senator’s top priorities, Taiwan. Gardner asked specifically about the Administration’s efforts to pursue a bilateral trade agreement, but Pompeo demurred, saying he preferred to leave that for United States Trade Representative Robert Lighthizer to answer. Ambassador Lighthizer was not part of the hearing. Gardner declined to ask Pompeo a follow-up question about the trade deal.

On Wednesday, members of the House Judiciary Committee questioned the CEOs of Amazon, Apple, and Google, who claimed that they were not aware of China stealing their information.

Gardner asked Pompeo about whether these companies are doing enough to prevent China from stealing US technology.

“Boy, they’ve got to get out more,” Pompeo responded with a laugh.

Senate Democrats, meanwhile, held no punches and focused their attention on allegations that Pompeo has been systematically dismantling norms and traditions within the State Department. Prior to the hearing, they issued a scathing report that claimed the State Department is plagued with vacancies, allegations of retaliation, and major failures by leadership.

In his opening statement for today’s hearing, Sen. Bob Menendez (D-NJ), the committee’s ranking member, called Pompeo’s budget proposal for the next fiscal year a “stunningly ill-conceived request to slash the budget of our foreign policy instruments.”

As the hearing was underway, President Donald Trump suggested in a tweet that the November presidential election should be delayed until “until people can properly, securely, and safely vote.”

When Sen. Tim Kaine (D-VA) pressed Pompeo about the tweet and whether the president has the authority to delay the election, he refused to respond directly.

“In the end, the Department of Justice and others will make that legal determination,” Pompeo said. “It should happen lawfully.”

Civil-rights groups noted that the presidential election is set by Congress and cannot be changed without the law being changed. Dale Ho, director of the ACLU’s Voting Rights Project, said in a statement that “[we] are a democracy, not a dictatorship. Nothing President Trump says, does, or tweets can change that fact.”

Menendez also pressed Pompeo about his recommendation to fire State Department Inspector General Steve Linick. Pompeo claimed that he was unaware at the time that Linick was conducting at least two investigations related to Pompeo, including one regarding allegations that he ordered staff to run personal errands for him.

“I know what a good inspector general can do,” Pompeo fired back. “Inspector General Linick wasn’t that.”