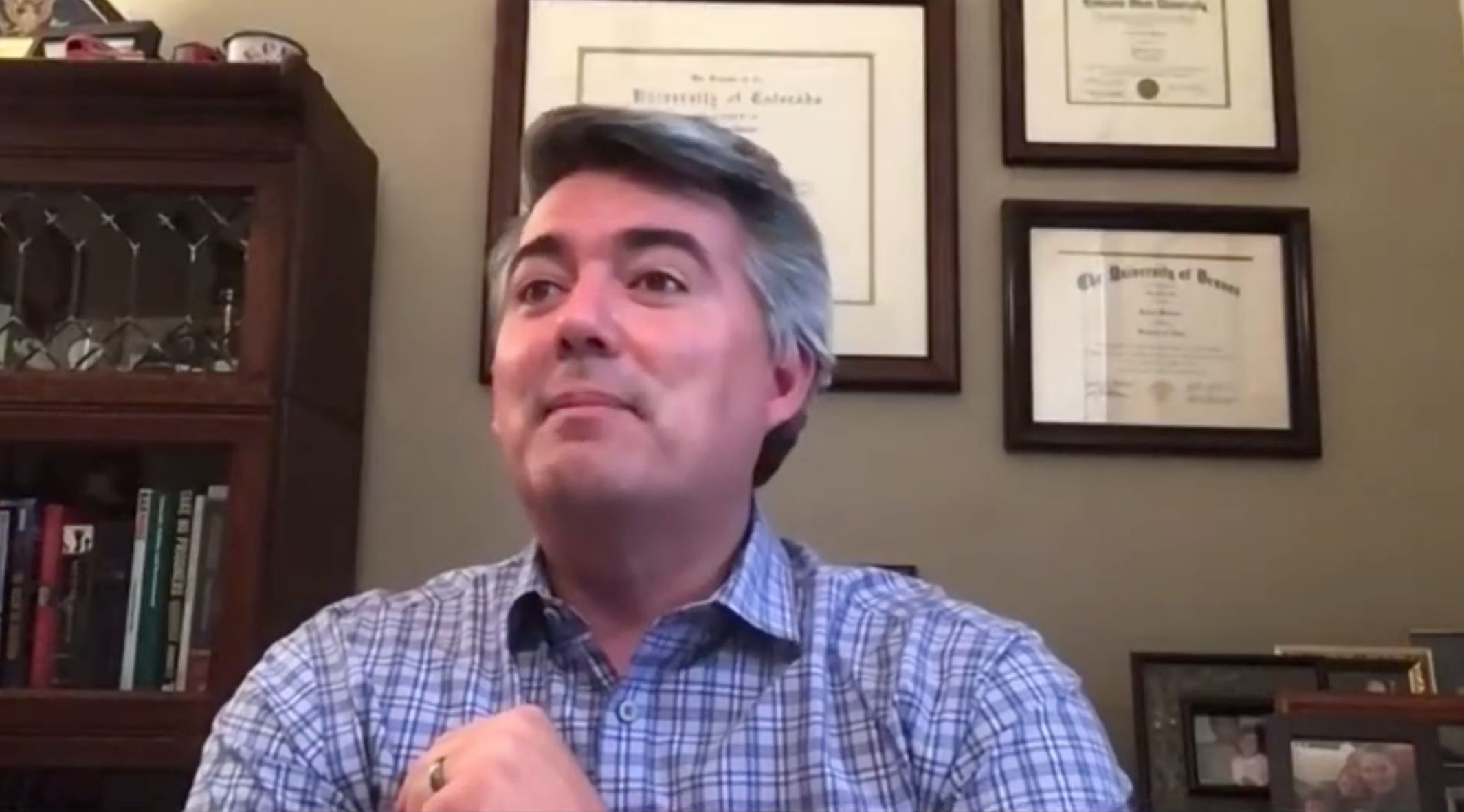 Speaking online to an invite-only group of Republican activists Monday evening, Gardner was asked to describe his work with Pence during the pandemic.

Gardner recounted their recent effort to address the deadly outbreak at the JBS facility, concluding, “We got 5,000 tests for that plant, and they’re up and running again as of this past Friday.”

JBS is indeed open for business, but only after the company’s leaders broke its promise to test all employees for COVID-19 before they returned to work.

As Denver Channel 7’s Investigative team reported, “Contact7 Investigates has confirmed promises from the White House and JBS management to provide testing for employees at the massive meatpacking plant in Greeley have not been kept.”

As noted above, it wasn’t just corporate managers who reneged on the deal, Vice President Pence himself also publicly promised that JBS workers would get tests. According to Gardner, he was intimately involved in the discussions that led to that promise.

“I’ve got a very, very strong relationship with the vice president we speak regularly,” said Gardner during yesterday’s online gathering. “In fact, it was a couple weekends ago we were in the middle of the JBS meatpacking plant up in Greeley–in Northern Colorado. We were trying to keep the plant from closing.

“I probably spoke–just that weekend alone–to the vice president six or seven times as we were getting the CDC on the phone. I spoke to Admiral Giroir. We were working with Dr. Birx to try to find a guidance and a solution to keep that plan from closing and then what it would mean. So the vice president, we worked together. We got 5,000 tests for that plant, and they’re up and running again as of this past Friday.”

The plight of untested workers called back to their jobs in a Colorado facility linked to over 100 cases and five fatalities was reported by NBC national news two days ago, the day before Gardner touted his involvement.

In follow-up report by the Rachel Maddow Show Monday, United Food & Commercial Workers Union Local 7 representative Kim Cordova, who represents the JBS workers, explained the situation: “Once they started testing their supervisors and it became apparent that the numbers were alarmingly high, they abruptly stopped testing without consulting Weld County. They never tested any of the frontline production workers.”

A call to the JBS Media Relations office was not immediately returned.

Today President Trump announced he will invoke the Defense Production Act to force meatpacking plants to stay open. Bloomberg reports he will sign an executive order to address a “liability issue” raised by Tyson Foods, which, along with JBS, is one of the nation’s largest meat processing companies.

Gardner’s office did not immediately return an email inquiry seeking to know if Gardner knew the workers were never tested for COVID-19 and, if so, why they didn’t receive tests. This post will be updated with any response received.