CO Election Official to Conspiracist Legislator Hanks: “Misinformation” Has Led to “Serious Threats” in “Your Own District” 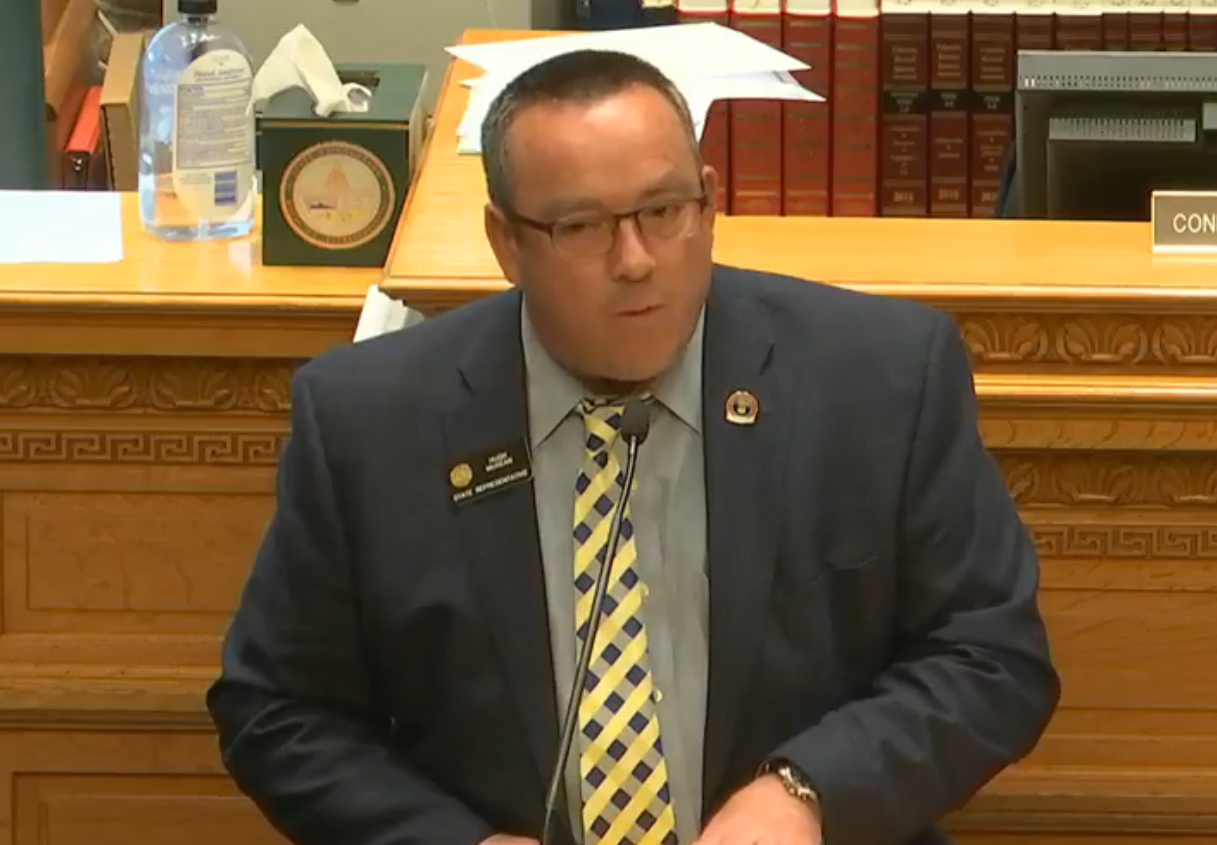 And at the same time, he took a swipe at his successor and rival, Rep. Hugh McKean (R-Loveland), who won his leadership position last year by proposing a shift away from the intra-party divisiveness and far-right positions that characterized Neville’s tenure.

McKean had mistakenly cast a ‘yes’ vote for the gun-safety bill when it cleared the Colorado House Monday.

In his interview with Peter Boyles on KNUS, Neville did not miss his opportunity to attack McKean early on, with a comment that highlighted his lingering animosity from the contentious legislative leadership campaigns in November.

“You know, I’m not going to do exactly like he did to me, … and issue a press release and say he doesn’t fit the values of the party. But it did happen. … One of the most controversial bills we’ve dealt with all year, of course. … I spent a lot of time on it. And then yesterday, our minority leader accidentally voted for the bill.”

Presumably, Neville was referring to a press release from McKean in December admonishing Neville for “reprisal” in doxxing Denver Post reporter Conrad Swanson over an article about Neville’s leadership of the House GOP caucus, his handling of a House fund, charges of nepotism involving his brother Joe Neville, and a losing electoral record among GOP legislative campaigns.

McKean characterized Neville’s reprisal as “not acceptable and does not represent the values we, as Republicans, hold.”

In his interview with Boyles on Tuesday, Neville seemed to admit that the doxxing incident had been a mistake on his part, though he doubled down on his actions at the time when he came under criticism.

An email to Neville requesting clarification on this statement, and seeking comment for this post, was not immediately returned. This post will be updated with any response received.

Later in their on-air discussion, Boyles and Neville drift to the perennial topic of how the Colorado Republican Party can make a comeback in Colorado.

Neville identifies the need for strong, principled messaging and caucus unity among GOP legislators in order gain the trust and confidence of voters:

“The Republican Party hasn’t really stood for anything other than basically bland milquetoast,” said Neville. “And because of that, the voters don’t trust us. And then you see where it’s happening right now. We’ve got to have some intra-party discipline on some things.”

Neville illustrated his point by calling out state Sen. Kevin Priola (R-Adams County) for diverging from his caucus to support Senate Bill 21-260, a transportation-fee bill to fund infrastructure investment, despite an initiative passed last fall to apply TABOR restrictions to fees enacted by the legislature.

Neville also called out deceased former U.S. Sen. John McCain (R-AZ) for having undermined the repeal of Obamacare by voting with Democrats in 2018.

Neville wasn’t the only Colorado conservative to hammer McKean following his mistaken vote on Monday.

The email referred to McKean as “a snake in [the GOP] ranks,” and called on RMGO members and sympathists to demand McKean’s resignation. There was no acknowledgement of McKean’s admitted mistake in casting his vote.

In urging a ‘no’ vote on McKean’s motion to reconsider, McKean’s counterpart, Democratic Majority Leader Daneya Esgar (D-Pueblo), lectured all the representatives about paying attention during third readings, specifically by closing computers and putting phones down, which was McKean’s admitted downfall. In her comments, Esgar motioned to McKean, reassuring him that she was not singling him out.

On Facebook, McKean offered an explanation for his mistaken vote, and added that it didn’t matter since the bill would have passed anyway.

He contended that the Democratic “majority doesn’t play fair.” and that “some in this business enjoy capitalizing on the mistakes of others.” He did not specify whether he was referring to Neville or the Democratic majority.

Listen to Rep. Neville’s entire interview with Peter Boyles from May 18, 2021 below: