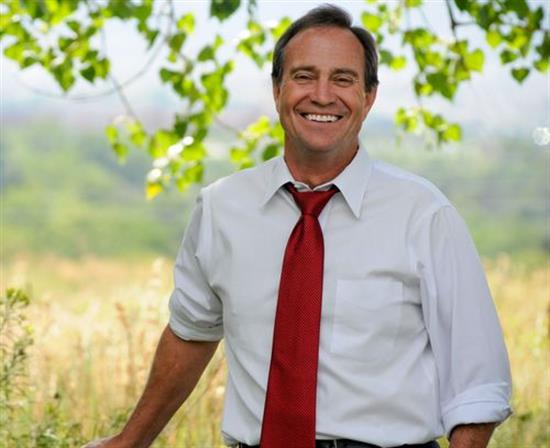 In Washington D.C., dozens of proposed laws are withering in a “legislative graveyard” built and tended to by the “grim reaper” — a name given to Senate Leader Mitch McConnell (R-KY), and one that he takes pride in.

Another bill, introduced by Rep. Carolyn Maloney (D-NY) and backed by Perlmutter in the House Committee on Rules, has been sitting on McConnell’s desk since October and has yet to receive consideration.

The Corporate Transparency Act of 2019 would require individuals who form corporations or limited liability companies in the United States to disclose its “beneficial owners” in order to prevent wrongdoing and corruption.

The bill is part of the ongoing effort to ban shell corporations and would join countries like the United Kingdom in forcing transparency from overseas corporations, but a number of organizations like the American Bar Association have opposed it.

Nevertheless, Perlmutter pushed back against the criticism when the bill reached the floor for a full House vote in October.

“The lack of transparency in parts of our financial system has created an environment in which criminals, who should be shut out of the financial system, can use anonymous shell companies to launder money, finance terrorism, and engage in other illicit activities,” Perlmutter said.

The bill would provide $20 million for the Treasury Department’s Financial Crimes Enforcement Network to “assist law enforcement in detecting, preventing, and punishing terrorism, money laundering, and other misconduct.”

In an October vote on the legislation, Colorado’s representatives voted along party lines, with Reps. Perlmutter, DeGette, Crow, and Joe Neguse voting in favor, while Reps. Doug Lamborn, Ken Buck, and Scott Tipton voted against the bill.

The White House has also weighed in on Perlmutter’s bill, saying it represents “important progress in strengthening national security,” but will not support it as currently written.

The legislation also incorporates another bill introduced by Rep. Emanuel Cleaver (D-MO), which would “expand communication about anti-money laundering data within financial institutions and safeguard privacy by creating a civil liberties and privacy officer within each financial regulator.”

“That is the purpose, it is to get bad actors who are using shell companies to really contort U.S. law, to park money in buildings where they have gotten bribes and they have taken them from their country and parked them in, you know, big townhouses in New York City or L.A. or  Denver, Colorado,” Perlmutter said. “This is serious stuff that we are dealing with.”

A number of associations, including the Colorado Bankers Association, praised the bill in a joint letter with a majority of its fellow state chapters for making the country’s anti-money laundering compliance framework “more effective and efficient.”

“Banks play an important role in the fight against money laundering and other financial crimes and they are proud to play their part,” the letter said. “They could be even more effective in identifying illicit activity if law enforcement provided feedback on the tens of thousands of suspicious activity reports that banks file every year.”

Correction: This story previously listed Rep. Ed Perlmutter as the lead sponsor on the Corporate Transparency Act. The bill was introduced by Rep. Carolyn Maloney (D-NY), and Perlmutter managed the rule to consider the bill in the House Committee on Rules.