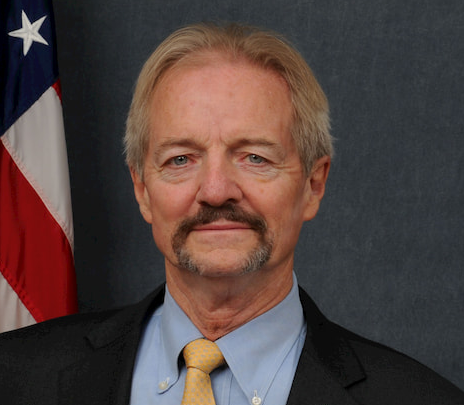 William Perry Pendley is still leading the Bureau of Land Management (BLM), the federal agency in charge of most public lands, and has spent the past few weeks rotating between Washington, DC, and the agency’s new headquarters in Grand Junction, Colo.

But, the so-called “sagebrush rebel” has also been operating as the director of the BLM without Senate approval.

“Moving an agency’s headquarters poses a direct threat to funding, expertise, and access to decision-makers on Capitol Hill,” the committee’s Democrats wrote in a Medium post following the vote, accusing Pendley of being an “anti-government, anti-federal employee ideologue.”

“The new headquarters is now near Secretary Bernhardt’s hometown, in the same building as several oil and gas companies. This is ‘efficient’ only if you’re trying to dismantle the agency and undermine its mission,” the committee’s Democrats wrote.

In July, the Colorado Times Recorder requested documents from the Interior Department under the Freedom of Information Act regarding Sen. Cory Gardner’s (R-CO) role in the relocation effort, including correspondence between Gardner and Secretaries Ryan Zinke or David Bernhardt. The Interior Department has yet to respond other than by acknowledging the request.

Pendley’s relationship with the fossil fuel industry raises concerns among environmental groups and Democratic lawmakers. As the long-time president of the Mountain States Legal Foundation, a conservative advocacy group based in Colorado, Pendley built a reputation among Colorado conservatives by suing the Department of the Interior to ease environmental protections and advocate for the selling of public lands.

Pendley has a long and controversial history with the Interior Department. Notably, during the Reagan administration, he served under anti-environmentalist Secretary of Interior James Watt and was fired after allegations that he was selling coal resources at the Powder River Basin at a $100 million loss to taxpayers.

Sen. Michael Bennet (D-CO) told the Colorado Times Recorder in a statement that Pendley is “the last person who should be running the BLM.”

Pendley’s appointment as acting BLM chief without a Senate confirmation process also underscores a larger trend for the administration: regulatory watchdog agencies that focus on the environment and addressing climate change are being defanged and led by industry leaders with little oversight.

Many Trump administration positions requiring Senate confirmation have yet to be filled. Some agencies continue to operate under acting directors who have not been formally nominated or given a confirmation hearing. A number of environmental groups, like the Union of Concerned Scientists (UCS), have raised concerns about Pendley’s appointment because of his strong positions against climate change and other issues.

“It is pretty clear why Mr. Pendley has not been formally nominated for the Director’s position,” Andrew Rosenberg, UCS’ director of the Center for Science & Democracy, wrote after Pendley’s tenure was extended for a second time. “His extreme, ultra-conservative views and deep conflicts of interest would not win him confirmation in the Senate.”

The BLM oversees about 12 percent of all public lands in the United States, mostly in western states, and manages roughly 4,500 oil and gas leases. The agency is still in the process of relocating its headquarters, but lawmakers have criticized the move and question BLM’s unusually brief details about it.