Why Do We Have School Lunch Debt at All? 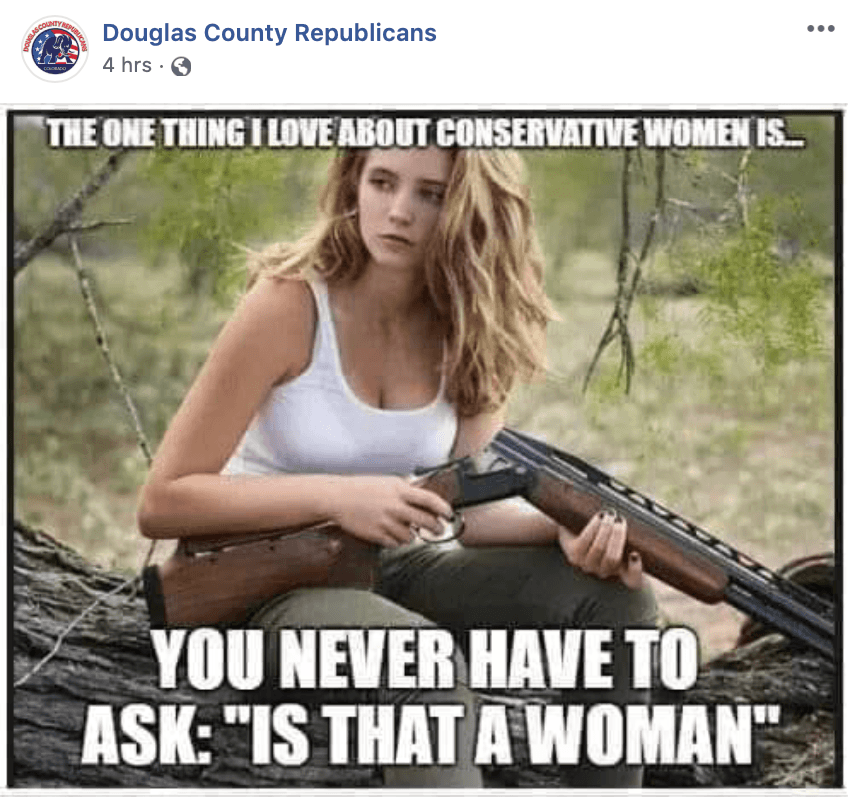 In what should come as a shock to absolutely no one, given their history of bigoted, false, and generally cringe-worthy Facebook posts, the Douglas County GOP posted this meme on its page recently:

“The one thing I love about conservative women is… you never have to ask: ‘is that a woman,'” the meme reads.

It’s a great example of conservatives’ fixation on rigid gender stereotypes that allow no room for transgender or non-binary individuals, or anyone who simply doesn’t wish to perform their gender in a traditionally masculine or feminine way. Here’s a question for the Douglas County GOP: do you ever really have to ask “is that a woman”?

Not only is the meme a window into the often transphobic minds of conservatives, but in how they revere a fixed standard of beauty or concept of “womanness” that is totally lacking in diversity of any kind. It’s the idea that “real” women look one very specific kind of way, and that they, not women themselves, get to define what that is.

Oh, and of course, every hot chick needs a gun.

Again, this isn’t surprising. The Douglas County GOP’s Facebook has no shortage of eye-roll-inducing content. This summer, for example, it posted a meme of the four freshmen Democratic congresswomen known as “the squad” claiming they “hate whites” and support “abortion after birth.”