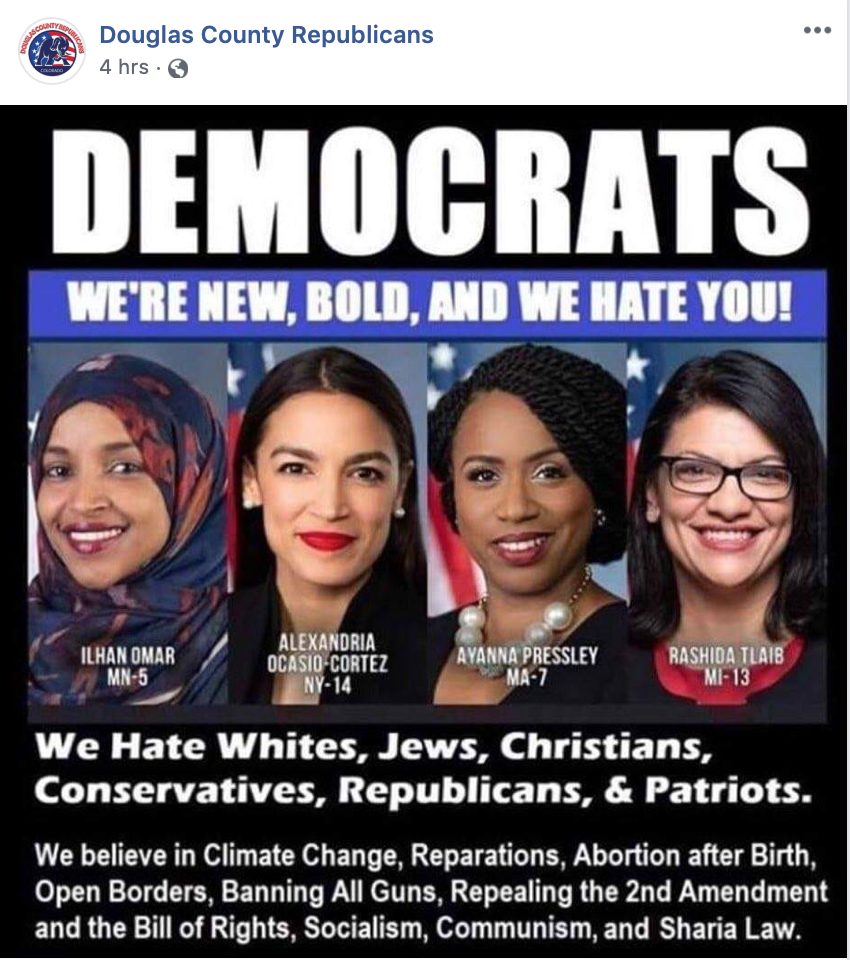 The Douglas County GOP Facebook page shared a meme this week featuring photos of the four Democratic congresswomen known as “The Squad” with the caption “Democrats; We’re Bold, New, And We Hate You!”

“We hate Whites, Jews, Christians, Conservatives, Republicans, and Patriots,” the caption continues. “We believe in Climate Change, Reparations, Abortion after Birth, Open Borders, Banning All Guns, Repealing the 2nd Amendment and the Bill of Rights, Socialism, Communism, and Sharia Law.”

Congresswomen Alexandria Ocasio-Cortez of New York, Ilhan Omar of Minnesota, Ayanna Pressley of Massachusetts, and Rashida Tlaib of Michigan are among the most progressive members of Congress, and often face attacks from conservatives. They’ve been outspoken in their criticisms in President Trump, who, of course, cannot resist the urge to fire back.

This week, Trump told them to “go back” to their countries of origin, which he called “totally broken and crime infested” despite the fact that three of them were born in the United States.

Trump also praised those who chanted “send her back” at Omar, a Somali-born American, at a rally Wednesday.

The Douglas County GOP has a history of controversial posts on Facebook, including this one purporting to show a well-attended Trump rally that is actually a photograph of the Cleveland Cavaliers’ NBA championship parade.