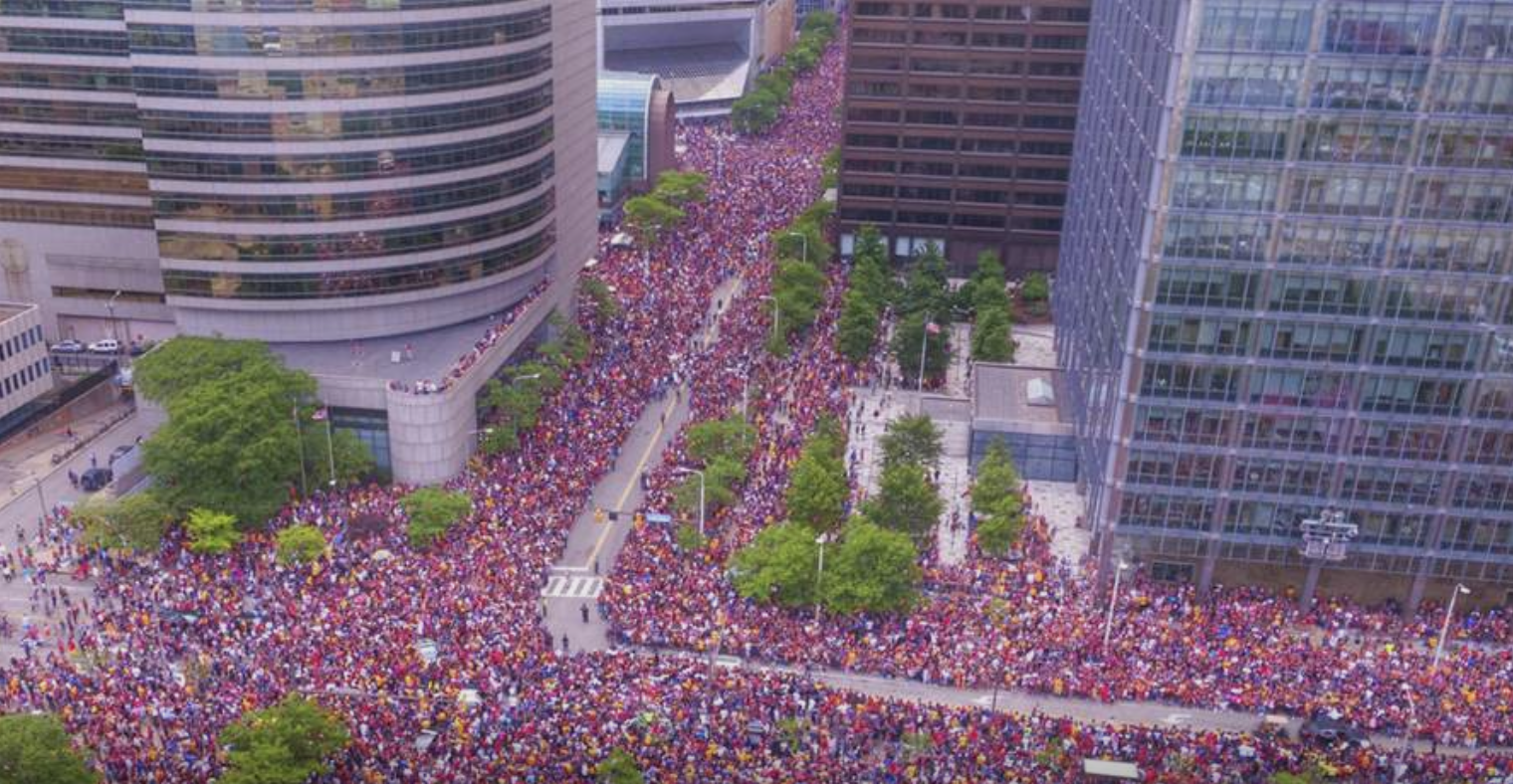 The Douglas County Republican Party’s most popular Facebook post of the week is fake. The picture is an aerial view that shows a downtown intersection filled with tens of thousands of people, and DougCo claims it’s a picture of President Trump’s recent rally in Houston. 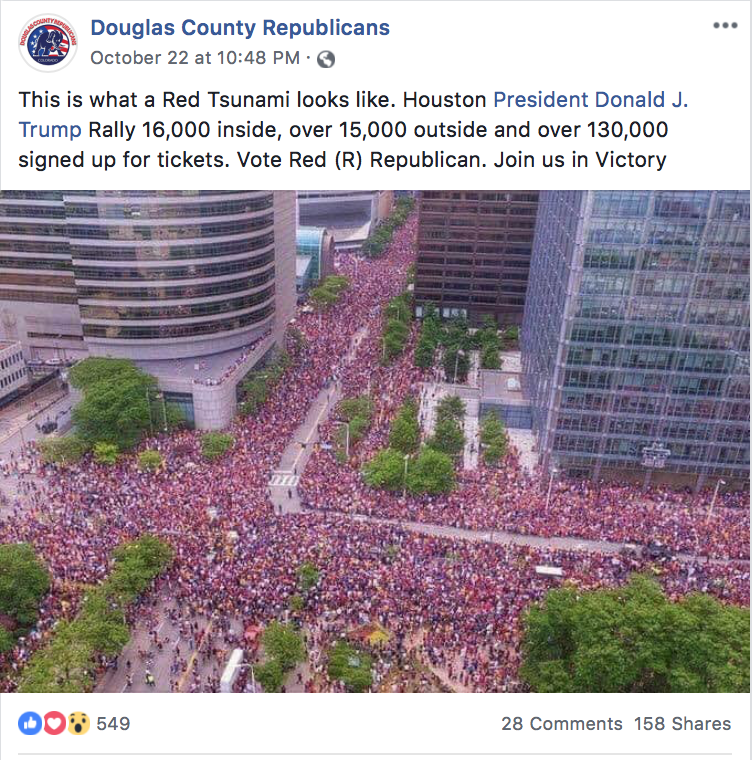 However, the picture wasn’t taken in Houston, or even in 2018, for that matter. It’s a photograph of the Cleveland Cavaliers’ NBA championship parade. Bruce Bishop and Matt Mishak Elyria Chronicle-Telegram took the photo with a drone in June of 2016.

The image has been used repeatedly to claim the Trump is drawing huge crowds to various rallies over the past eighteen months.

Informed twice via Facebook comments that the image was not of a Trump rally, the Douglas County Republican Party has neither corrected the text nor removed the post. Instead it simply deleted the comments. An email requesting comment from the county party has not been returned.