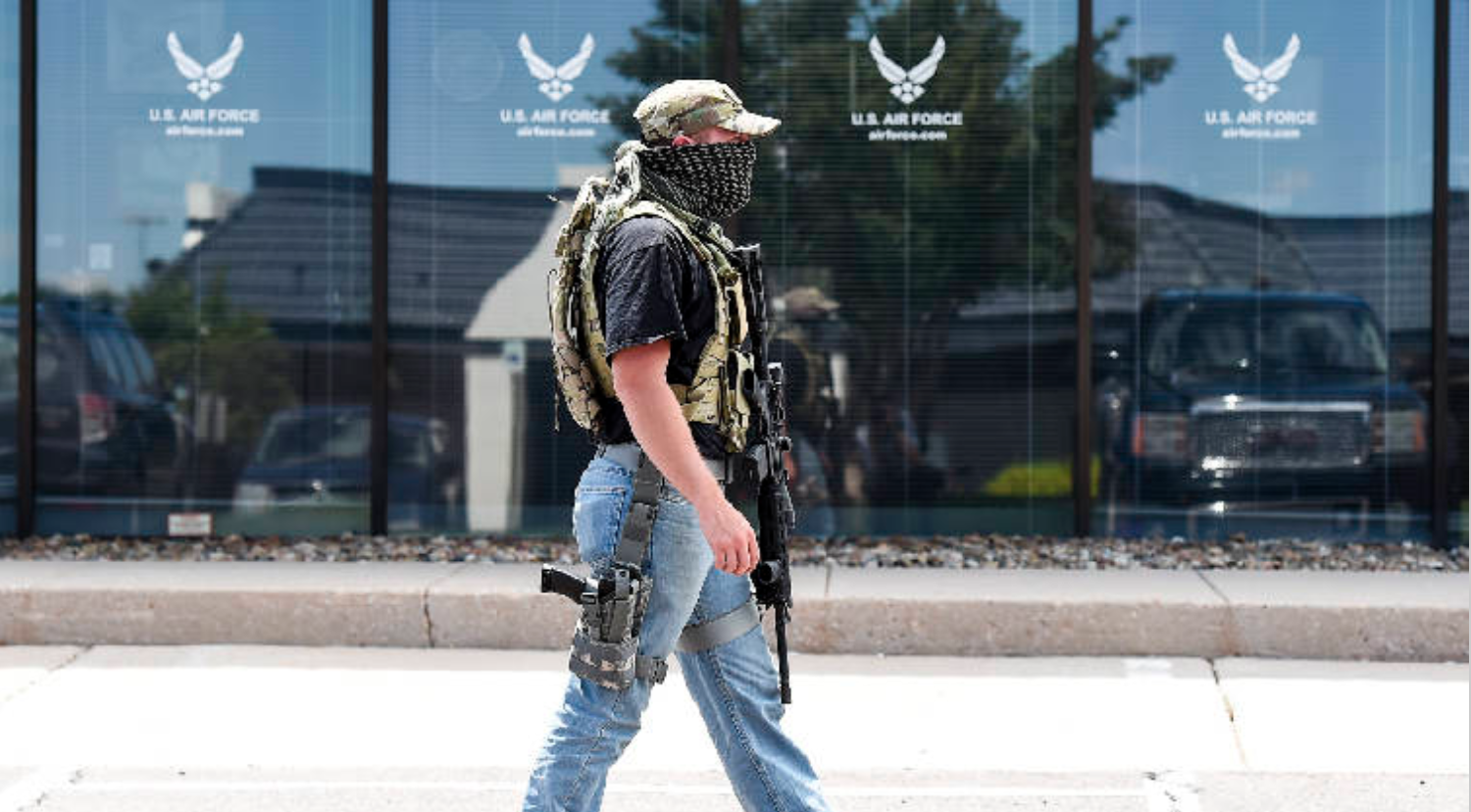 Resist Polis PAC worked with Fisher in El Paso County. Fisher spoke about the Lee recall at Resist Polis’ weekly meeting in late July. However, while the effort has been led by the same Recall Et Al issue group that coordinated the Recall Polis campaign, the Lee recall has been a considerably lower-key effort, with no standalone website or Facebook page.

Less than a week after the recall was filed, Colorado Politics’ Marianne Goodland reported that Fisher has “has a history with paramilitary groups such as the III% United Patriots of Colorado.” That history included patrolling the streets of Colorado Springs in 2015 with a semi-automatic rifle wearing a bandana to hide his face.

A photo of Fisher carrying an assault rifle and a sidearm with his face masked in front of a Colorado Springs Air Force recruitment center appeared in a news story titled, “Pentagon asks armed volunteers to stop guarding U.S. military recruiting centers.” The image was later used for a gun control meme shared to Fisher’s Facebook page, to which he replied, “Haters are making me famous, ha.”

“We’ve significantly ramped up our signature-gathering effort and we need to help cover expenses.”

Recall Et Al’s latest campaign finance disclosure filing, published today on the Colorado Secretary of State website, reports raising just $475. Despite Lewis’ August 21 Facebook post asking for help covering expenses, the group did not report making any expenditures in August, aside from a late filing penalty paid to the state as a result of a previously delinquent report. The $50 fine accounts for more than ten percent of the total amount raised by the committee last month.