The Truth About Guns in Nazi Germany 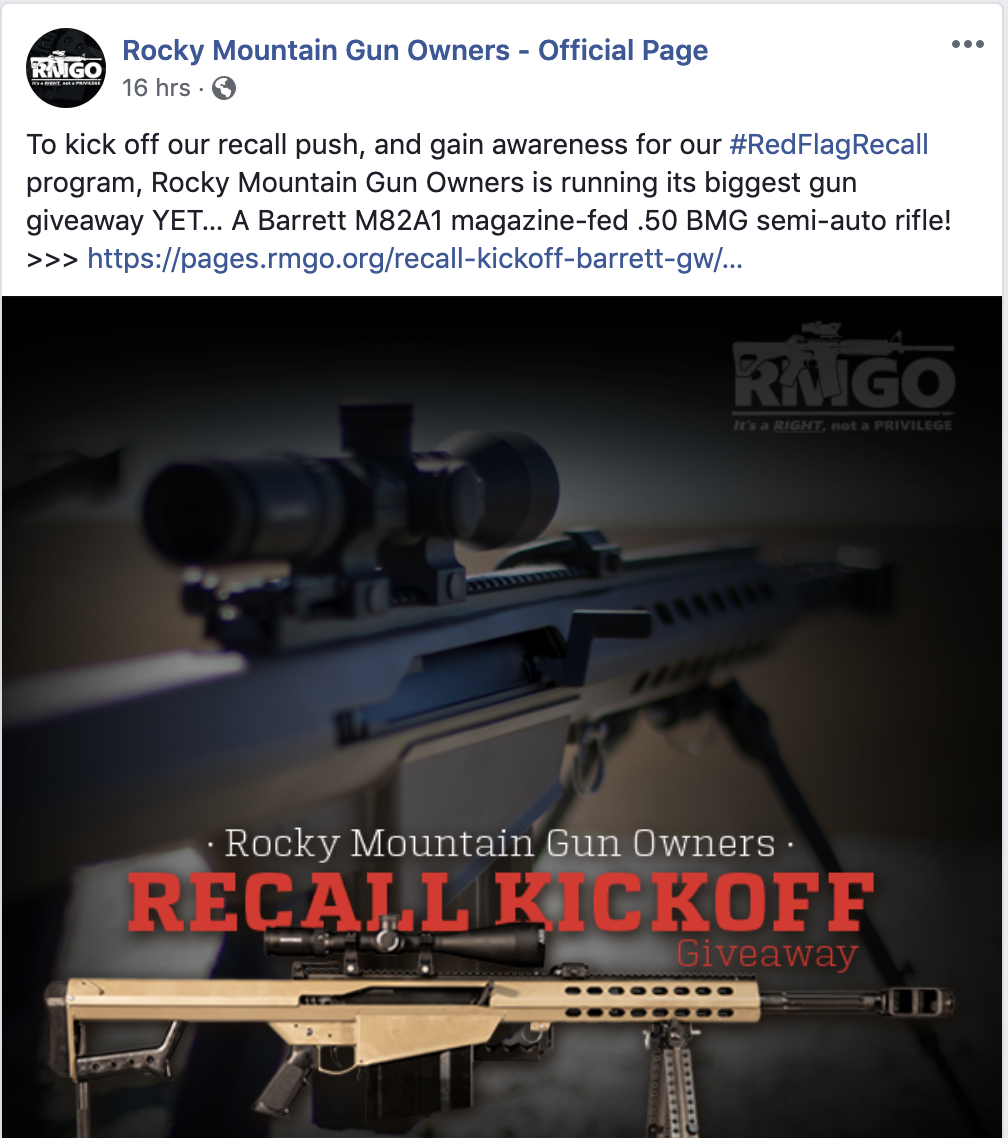 A hard-line pro-gun group is kicking off its campaign to recall a Greeley lawmaker with another gun raffle, this one for the largest firearm it’s ever given away, a Barrett M82A1 magazine-fed Barrett .50 BMG semi-automatic rifle.

“Dear Fellow Patriot,” reads the Rocky Mountain Gun Owners (RMGO) website. “Make no mistake, gun owners in Colorado are in the biggest fight of our lives! We need all hands on deck! To help rally the troops, RMGO is giving away the largest gun we’ve ever done…”

The gun is a semi-automatic sniper rifle with massive power and maximum range of over a mile.

All you have to do is sign up here to be eligible to win the semi-automatic.

Folks who sign up will join Republican and RMGO leaders who are working together to remove State Rep. Rochelle Galindo (D-Greeley) from office.

They’re mad not only at her vote for a “red flag bill,” which allows law enforcement personnel to seek judicial permission to take guns from dangerous people, but also her support for comprehensive sex education, for more local control of oil-and-gas operations, and more.

“Her Red Flag vote was tip of iceberg,” tweeted RMGO, which is opposed to even the most modest gun safety measures, like criminal background checks prior to gun purchases, that are supported by many Republicans.

Tom Mauser, who lost his son Daniel Mauser in the 1999 Columbine High School massacre, told the Colorado Times Recorder last year that the “red flag law could have prevented the Aurora theater tragedy” as well as the Parkland High School shooting in Florida.

“I would say to RMGO, how would you would propose to prevent these tragedies?” said Mauser. “There is strong public support for laws like this. This type of law is in place in at least 10 states, including pro-gun states like Indiana and Florida.”