This MLK Day, Let’s Learn The Right Lessons From History 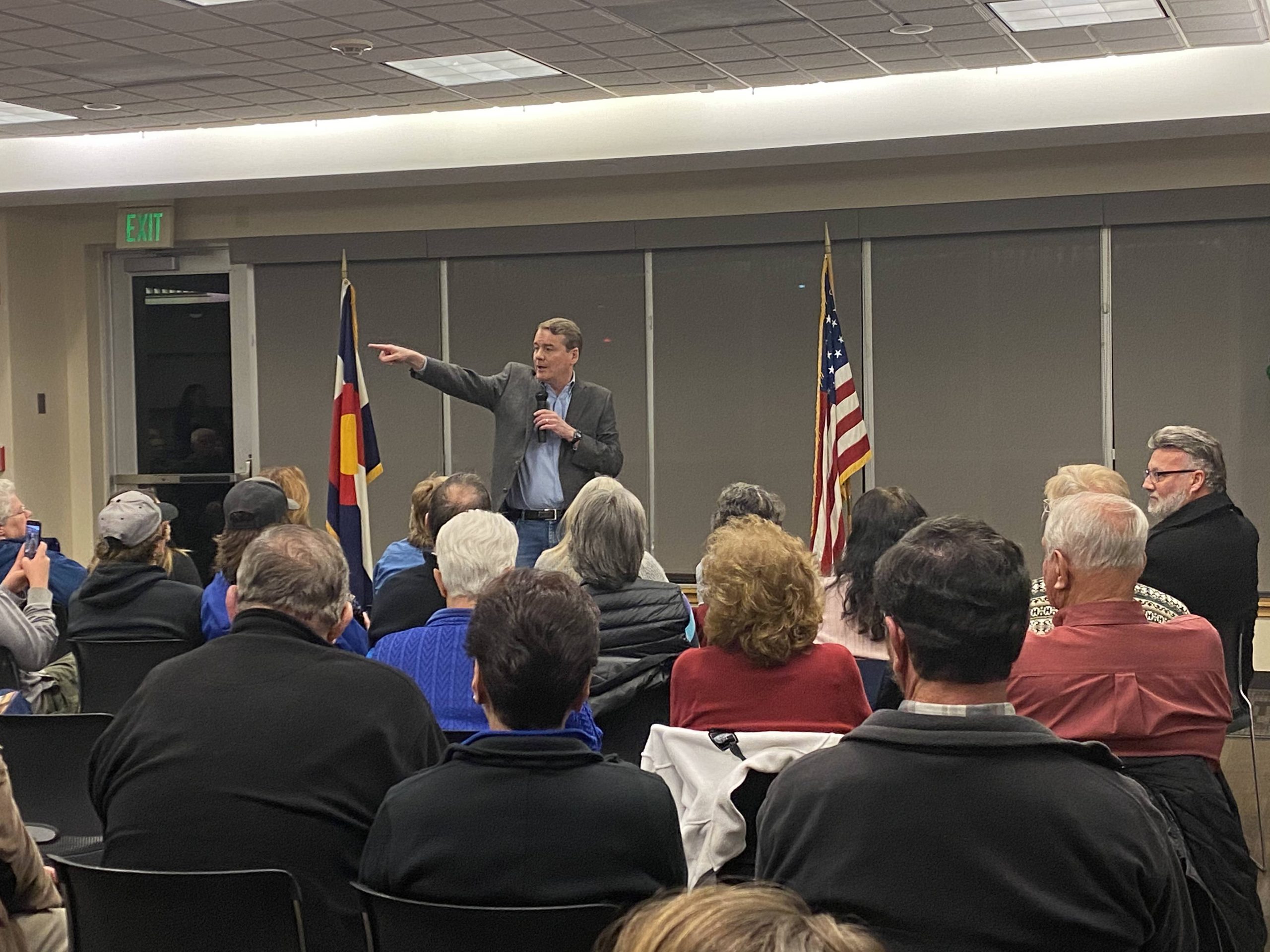 “I really believe, you know, that the middle class is at risk in this country,” said Bennet. “…If I had to sum up the last ten years of town halls, it’s really easy for me to do it…. That is, it’s people coming and saying that, ‘Michael, we’re working really hard, but we can’t afford some combination of housing, healthcare, higher education, or early childhood education.'”

“It is absolutely true that we are spending twice as much on healthcare as every single country in the world–in the industrialized world,” said Bennet. “…I hope that what we are able to do is take politics out of our healthcare debate and focus on what we need to do as Americans to move the country forward, because I think there is a huge opportunity for us because of how much money we are wasting in this system today that really isn’t working well enough for everybody.”

Bennet was not shy when it came to naming off some of his upcoming legislation that he believes will positively impact Coloradans and Americans. Among his bills are climate legislation; the American Family Act, which, “in one year, would cut childhood poverty in America by 40 percent. It would end two dollar day poverty forbids in America, and give the middle class a big tax cut in this country,” according to Bennet; bills investing in infrastructure and education; and the CORE Act–co-sponsored by Rep. Joe Neguse (D-CO)–which, according to Bennet, would be “the most important public land bill we’ve passed in a quarter of a century.”

At one point, the subject of abortion arose after a former Texas resident asked for Bennet’s view on the subject.

“I strongly support a woman’s right to choose–I always have, and I think it’s critical to understand how under-pressure and at-risk it is, in many parts of the country because of what’s happened…. And I will say, [abortion] is a place where we have stopped [Republicans] over the last eleven years, and we will continue to do that,” said Bennet, to a round of applause.

Bennet also brought up waste and excessive tolls on individuals as a result of education costs.

Bennet also managed to cover immigration and citizenship issues, if briefly. According to Bennet, President Donald Trump’s assertions on immigrations clash with his own beliefs about America.

Bennet was a member of the Gang of Eight, a bipartisan group of senators that attempted to pass a major immigration reform bill in 2013–the bill passed in the Senate 68-32, but expired in the House.

Many of Bennet’s points throughout the meeting circled around returning the democratic process–specifically, voting and law-making–to its former glory.

“Some of the young people that are here today–they’ve never lived in a democracy that works. They don’t know what it looks like,” said Bennet. “They’ve only been in a country that’s been at war for the entire time they’ve been alive…. We can’t even pass a basic infrastructure bill in the United States congress anymore.”

Bennet stressed that the upcoming election could be “the most important election of our lives.”

For Bennet, some of the most important hurdles standing in the way of a healthy democracy included getting more people out to vote, and “structural issues” in democracy, which he regarded as stemming from a few billionaires affecting outcomes in congress, and “political gerrymandering;” a way of drawing electoral districts that benefits certain political interests.

Bennet also addressed the broad issue of “media,” brought up by a concerned attendee.

“There’s so much we can do if we can pass this moment in our political system, and if we address some of the reforms that need to be addressed to make this system work,” said Bennet.