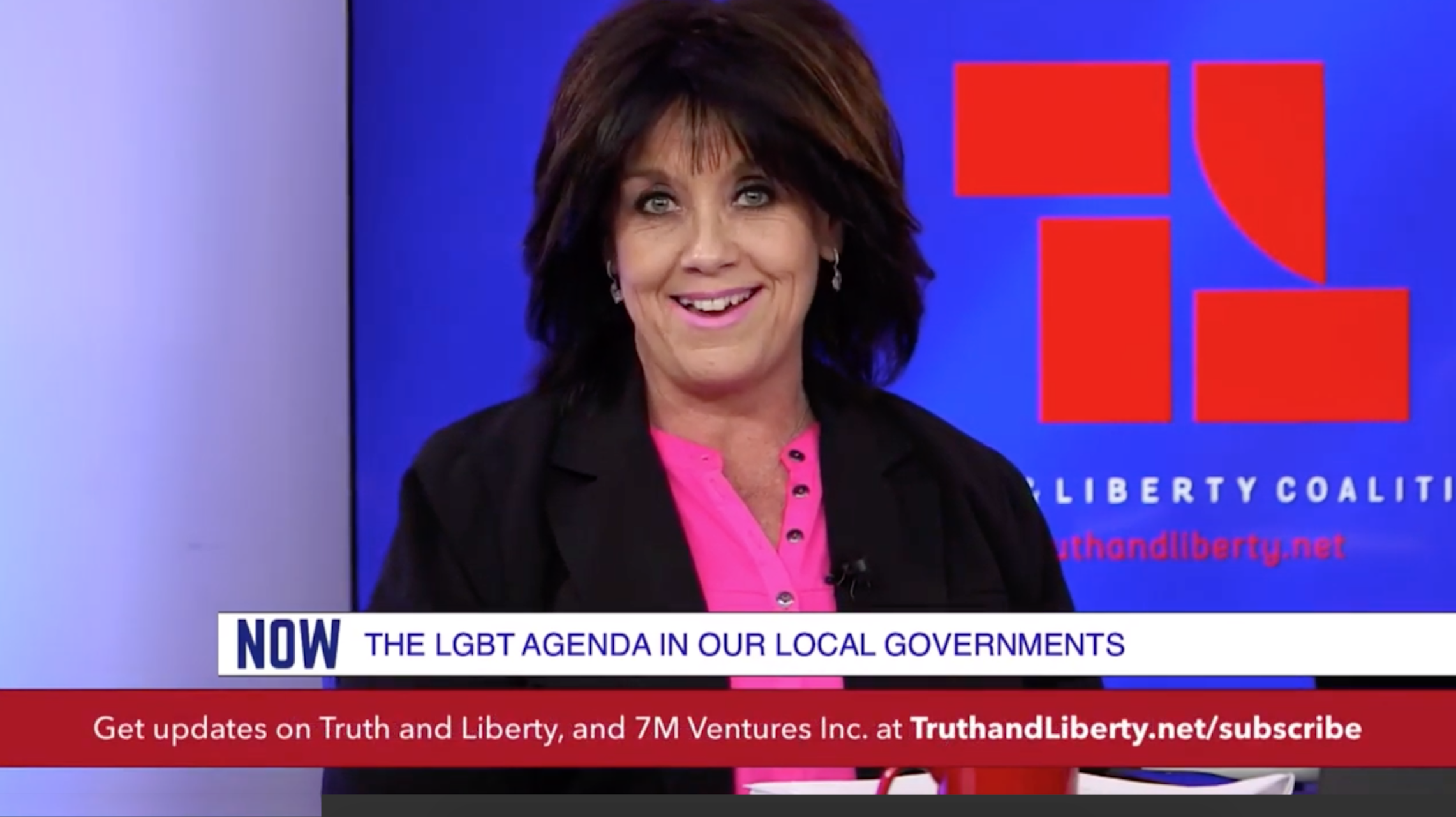 Speaking on a religious right video podcast, Chaves warned about the dangers the bill would create for children who have been “sexually abused by a same sex person.”

She also warned of “LGBTQ agenda driving policy” at the state capitol, saying “they’re going after the hearts and minds of our children.”

Speaking on a religious right video podcast, Chaves warned about the dangers the bill would create for children who have been “sexually abused by a same sex person.” She also warned of “LGBTQ agenda driving policy” at the state capitol, saying “they’re going after the hearts and minds of our children.”

The host asked Chaves to explain a proposed bill that would ban “conversion therapy” for minors, Chaves answered,

“What that means in a nutshell is, when we have a child who has been sexually abused or exploited in some way by a same-sex person, oftentimes they have anger or rage issues and they go to counseling. When it would come out that they want counseling to not have an attraction and to align their behavior with their sincerely-held beliefs, they [the counselors] would be stopped from counseling a child towards that belief and behavior.

It puts children in danger. These kids that have already been exploited. Do we want a vulnerable child to be banned from getting the help that they need?”

Chaves’ group, Colorado Family Action, is the state’s “family policy council,” or local partner of Colorado’s own Focus on the Family and two out-of-state anti-LGBT hate groups: Alliance Defending Freedom and Family Research Council. The Southern Poverty Law Center designates ADF and FRC as hate groups precisely because of the sort of rhetoric that Debbie Chaves uses here to oppose a ban on conversion therapy for minors.

“No young person should ever be shamed by a state-licensed mental health professional into thinking who they are is wrong. Unfortunately, as we heard when this bill was in committee, too many young LGBTQ Coloradans have sought help from licensed professionals so they can find their truth, only to be subjected to dangerous and discredited practices that use rejection, shame, and psychological abuse to force them to change who they are. More and more states are standing with LGBTQ youth by banning the harmful, discredited practice of conversion therapy on minors, and it is time for Colorado to do the same.”

As noted in a previous Colorado Times Recorder story “Focus on the Fearmongers,” it is the deliberate promotion of falsehoods about LGBT people- that they’re pedophiles or a danger to children in any way- that earns SPLC’s hate group designation.

Later in the podcast, Chaves linked the conversion therapy ban with two other bills currently under debate at the Capitol: the comprehensive sex education bill and a youth mental health & suicide prevention bill. You can watch the full segment here. Chaves says “the LGBTQ agenda is driving” all three policies.

Asked to confirm that statement, Chaves stated simply “there is certainly is an agenda driving policy, yes.”

Colorado Family Action is hosting a Prayer Meeting tomorrow at noon on the state Capitol sidewalk. Chaves says the event is “citizens gathering on the sidewalk to pray for a right decision to be made on HB1032 [the comprehensive sex education bill opposed by CFA], because we know it’s not good for Colorado schools.”

CFA is using the phrase “Don’t Mess With Our Kids” to promote the event. Asked if that was related her assertion that there is an LGBTQ agenda “going after the hearts and minds of our children,” Chaves answered

“I think it’s pretty clear that there is a broad agenda in this policy [the comp sex ed bill]. That agenda is specifically to prohibit something and require something without looking at the entire compass of how we would actually teach sex ed and what’s in the best interest of children. There is specific verbiage in there that specifically requires a certain type of teaching and prohibits something else and that’s what we’re concerned about and we know it’s not in the best interest of schools or local control or Colorado’s children.”

While Chaves herself spoke in generalities such as “requires a certain type of teaching and prohibits something else,” CFA’s email blast for the event makes very precise claims:

“This bill forces children as young as nine-years-old to learn graphic details about LGBT “sexual experiences.”

This claim is not supported by the text of bill, which includes an opt-out provision for parents and requires curriculum to be “age-appropriate.”