CCU Speaker Charles Murray: “Feminist & civil rights movement” made it “obligatory to not to be critical of blacks or women” 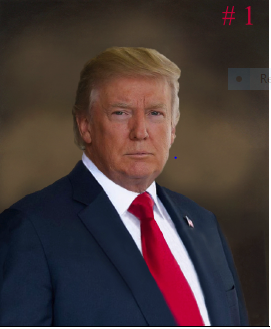 In a Colorado Times Recorder report on the portrait of President Trump that’s scheduled to be placed at the Colorado Capitol in April, the artist describes Trump’s expression as, “Serious, Non-Confrontational, Thoughtful.” Readers added their own descriptions of the photo. Here are some of our favorites: