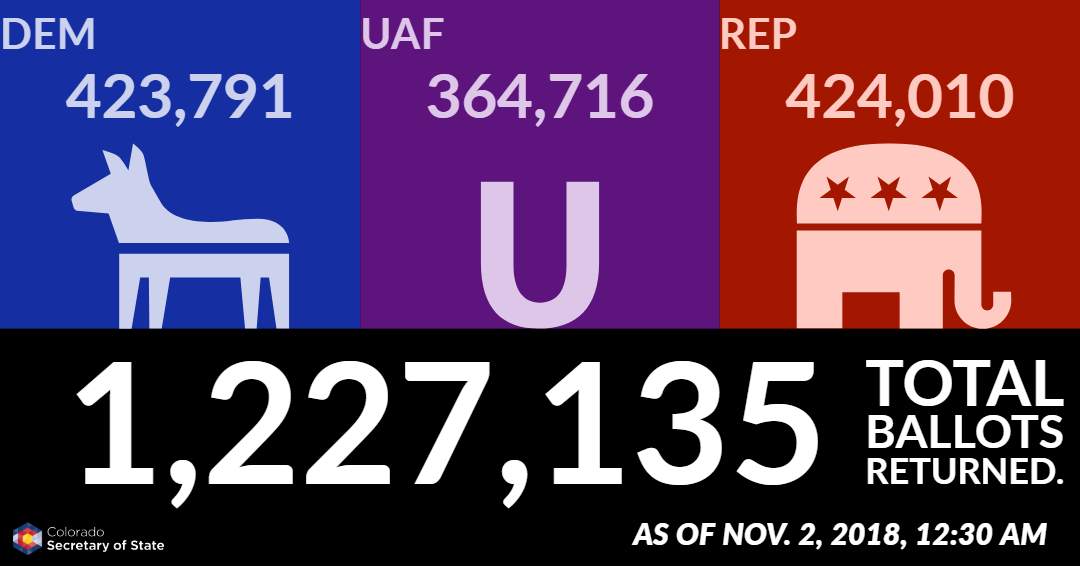 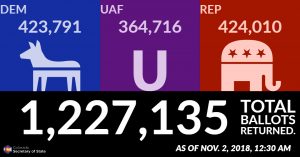 Democrats and Republicans have submitted about the same number of ballots so far, but most political observers are giving Colorado Democrats the serious upper hand this morning, as figures continue to show strong midterm turnout by unaffiliated voters and women, who favor Democrats in recent polling.

Also important: In the last midterm election, Republicans were well ahead of Democrats in the days prior to the election. Not so today.

Polls show suburban voters in Colorado, notably in key Jefferson and Arapahoe counties, have a pronounced unfavorable view of Trump.

“Of the issues that are out there, you get the feeling we’re not on the right side of a lot of where a majority of voters think, or how they view problems,” he said. “That’s true with climate change and, in Colorado, something as basic as protecting the environment. If you are a Republican, you need to prove to those unaffiliated voters you are pro-environment by having strong positions, not just by mouthing the words.”

It’s the same on the Second Amendment, a core GOP issue, Flaherty said…

There will be no shortage of explanations after the votes are tabulated on Tuesday, but Flaherty said he hopes Republicans don’t just blame this year’s political climate.

“Now that we have the ground shifting underneath our feet simply because there’s not as many Republicans, Republicans could find themselves out on a lonely, permanent minority island,” he said.