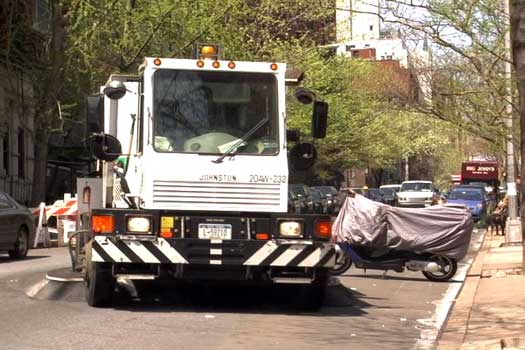 It’s great that we recognize people who’ve served in the U.S. military with the simple acknowledgement of, “Thank you for your service.”

Now, with so many of our other public servants under mindless attack, we should expand the tradition and begin thanking everyone who works in government. They deserve regular thanks as well.

So when you meet teachers, you should begin the conversation by thanking them for their service, just as you would a U.S. Marine or retired Navy Captain.

Ditto when you encounter a fellow citizen who serves in the EPA, wastewater treatment, the Colorado Department of Health Policy and Environment, the Peace Corps, the courts, the IRS, and the police department.

We should all thank bus drivers, code enforcers, firefighters, street sweepers, prison guards, building inspectors, parking meter readers, public defenders, and everyone and anyone else who works in our government.

All these jobs require sacrifice, some are dangerous, and they’re all required to make our communities thrive and survive.

These workers deserve our appreciation, and they don’t get it enough, because government is too often maligned and undervalued, most often by Republicans but also by Democrats and everyday people of all stripes.

Thanking government workers would be step toward educating people about all the things government does and how important they are.

It would move us toward creating a culture of love and appreciation for government, with a shared awareness that we are the government–and that our government operations and institutions exist to implement our communal values in the real world.

When you thank street sweepers for their service, for example, you’d be fighting back against the awful attacks that dominate our discussions of government and its functions. You’d be offering the respect our government deserves–and countering all the hype about government waste and inefficiency.

It may sound dramatic, but if our democratic society is going to succeed, we have to get over the idea that government is somehow “other” or, worse, a negative force that should be tolerated only with nose clips firmly in place to alleviate the stench. Sure, government reeks sometimes, but that’s when we have to do better as community to repair it.

By thanking teachers and others for their service, we’d be in no way slighting our military. Thanking others who work for us doesn’t diminish the service of our men and women in the armed forces.

It’s true that military personnel make unique sacrifices for the country, and these should never be under-appreciated. They should continue to be recognized, as they now are.

In other words, when you start thanking the cashier when you get your driver’s license, you won’t be tarnishing the military.

The bottom line is, no work is more important than government work, whether it’s in the Coast Guard, the Capitol, or in the basement of some white office building or school.

That’s why, during this holiday season, it’s time to resolve to be more thankful to those who serve us every second of every day.

So to all you government workers who are reading this, thank you for your service.

This article originally appeared in ColoradoPolitics