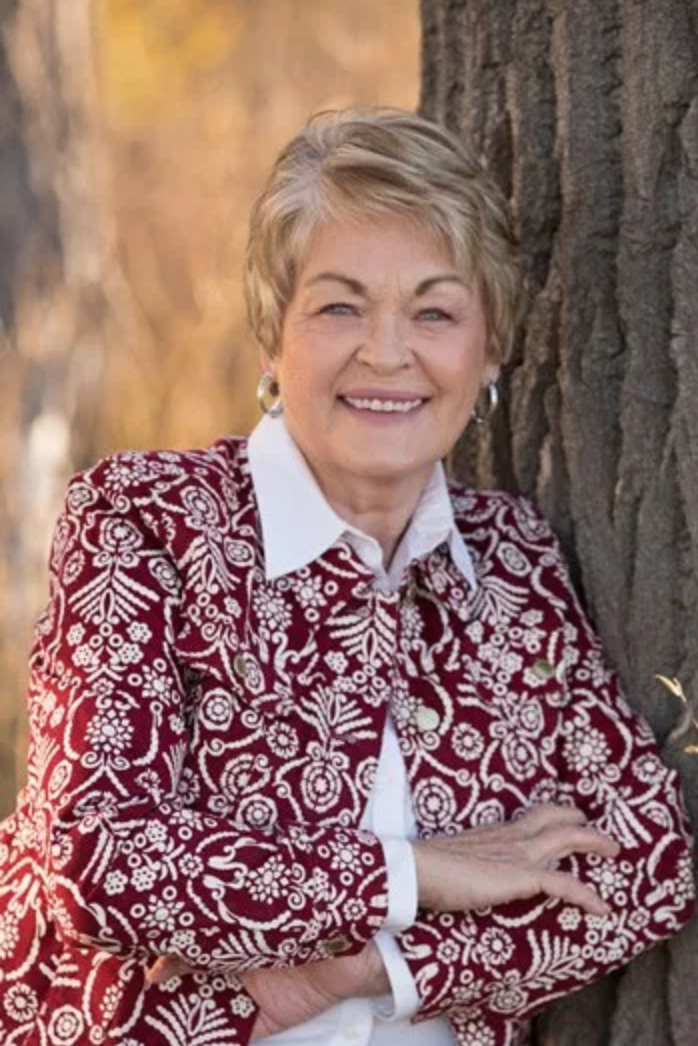 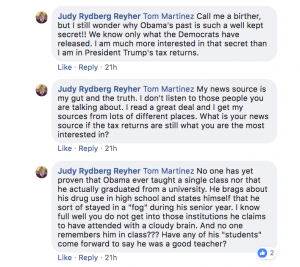 Colorado State Rep. Judy Reyher (R-Swink) is “much more interested” in Obama’s alleged “secret” past than she is in seeing Trump’s tax returns.

“Call me a birther,” Reyher wrote on Facebook this week, “but I still wonder why Obama’s past is such a well kept secret. We only know what the Democrats have released. I am much more interested in that secret than I am in President Trump’s tax returns.”

With those birther views, which have been totally proven false, you might wonder where Reyher gets her news. She answered that question in another post this week.

“My news source is my gut and the truth,” she wrote, later adding that “no one has yet proven that Obama ever taught a single class nor that he actually graduated from a university.”

“I read a great deal, and I get my sources from a lot of different places.”

Reyher, who did not immediately return a call for comment, was defeated in a June primary by a Republican opponent, Don Bendell, who accused her of being a weak candidate. He loss means she will exit her seat next year.

Reyher was the center of a controversy about previous Facebook posts. In one, she called African-Americans “hatred filled beings,” but she steadfastly denies being a racist.