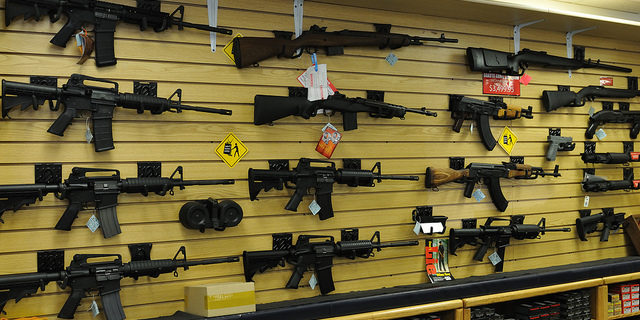 In a statement last week, McCann connected the increase of gun sales with the fact that children are now attending school from home.

“As background checks for firearms increase and people stay at home, it is especially important that firearms are properly stored,” said McCann. “Adults should assume their kids know where the guns are and reduce the chance of harm by safely storing their firearms.”

Ways to safely secure firearms include keeping guns locked with a cable, or in a lockbox or safe. Guns should be unloaded and stored separately from their ammunition.

According to Everytown for Gun Safety, a group backing tighter gun-safety laws, firearms are the 2nd leading cause of death among children and teens in Colorado. A national study by Be Smart, an organization raising awareness about child gun deaths, found that 17% of high school students seriously considered attempting suicide within the past year and 41% of adolescents in gun-owning households reported having “easy access” to the guns in their homes.

McCann believes that safe gun storage can save lives.

“I am concerned that factors like depression and suicide, domestic violence and child abuse are likely to rise as the requirement to stay at home continues and people are suffering from stress and anxiety occasioned by the COVID-19 epidemic,” said McCann.

Over the past month the Colorado Times Recorder has reported on the spike in gun sales and the Republican response in Colorado to long wait times for background checks because of the pandemic.

The Colorado Bureau of Investigation (CBI) conducts background checks on each individual trying to buy a gun in the state, normally taking ten minutes to complete each check.

The CBI reported that in the last week of March it received almost double the number of background-check requests than it did in the same time frame last year. As of April 2, the background checks are now taking the CBI five calendar days to complete.

If the CBI takes longer than three business days to complete the background check, it is up to the gun dealer to decide whether to sell the gun or not. The lag in response time from the CBI has reopened the discussion, and the concerns, about turning over guns to people who would not normally pass a background check.

Governor Jared Polis (D-CO) maintained that the backlog has resulted in only one case within Colorado of a firearm being sold to a “prohibited purchaser” and that the gun has been returned voluntarily.

Violence Free Colorado, a state-wide coalition of social services, has put together a list of resources for victims of domestic and child abuse during the COVID pandemic. Also, CO4Kids, a Colorado organization specifically dedicated to preventing child abuse, is asking members of the community to be on the lookout for signs of child abuse, something McCann mentioned as well in her statement.

“Mandatory reporters of abuse are not able to interact in the same way with those at risk to violence in these extraordinary times,” McCann said.