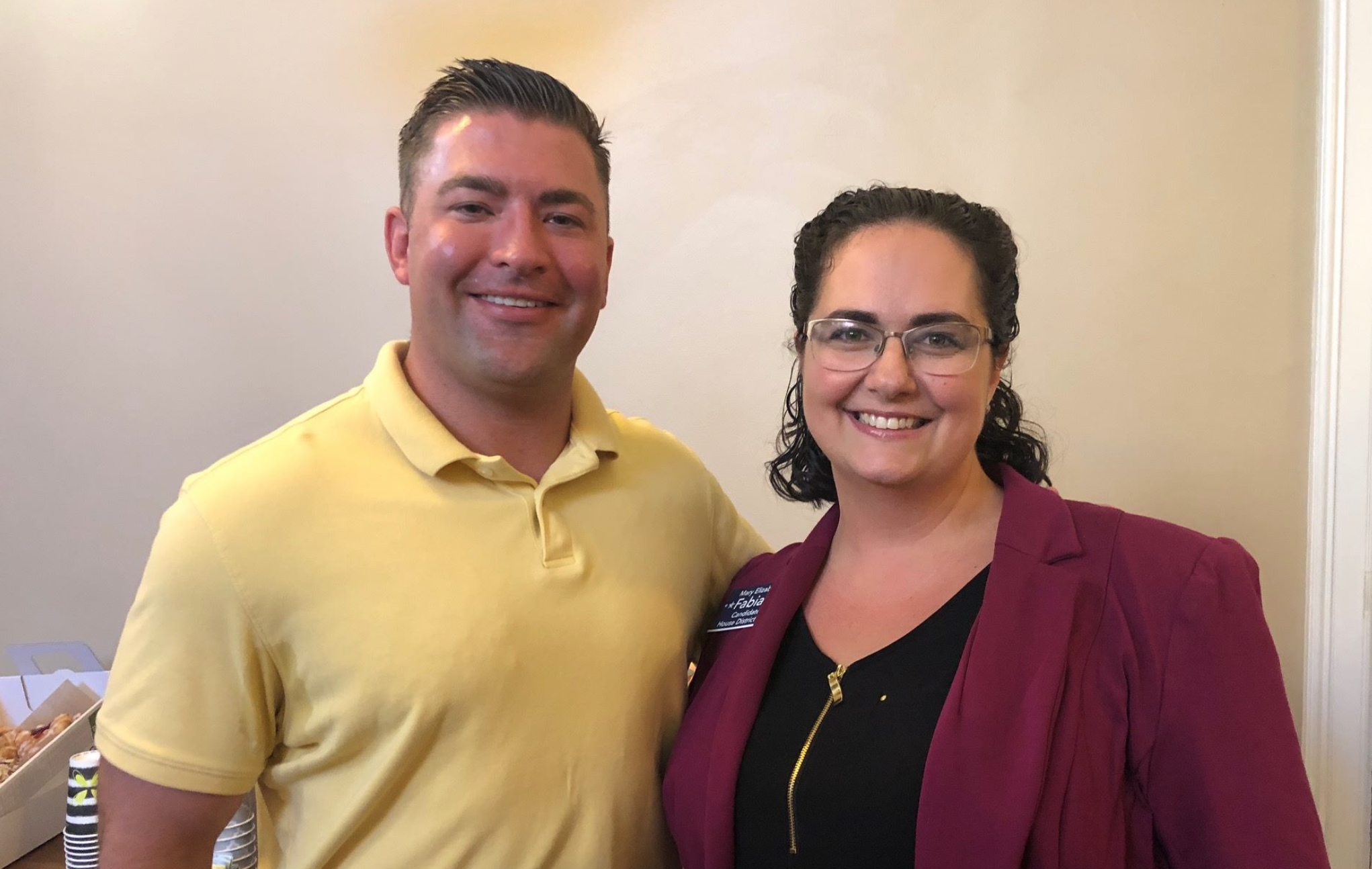 In a series of Facebook posts from 2012, Mary Fabian, a candidate for Colorado’s House of Representatives, defended a U.S. Senate candidate who said at the time that the incidence of pregnancy after “legitimate rape” is low because a women’s body will stop such pregnancies spontaneously.

In one post, Fabian criticized opponents of then-Republican presidential candidate Mitt Romney and their concerns about abortion rights, saying that Romney is “not going to legislate morality, but I’m just saying abortion is wrong, birth control kills babies after conception, too and it is sad to see our society so very brainwashed.” 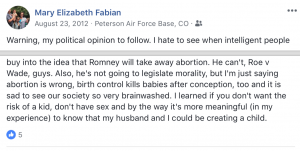 She then advocated for abstinence as the only form of birth control, writing “if you don’t want the risk of a kid, don’t have sex.”

Fabian, a Republican, is running in House District 18, which encompasses Manitou Springs and parts of Colorado Springs.

In a different post, Fabian mused that perhaps there was some truth to former U.S. Senate candidate Todd Akin’s infamous assertion that “legitimate rape” rarely leads to pregnancy because “the female body has ways to try to shut that whole thing down.” Akin went on to say that abortion shouldn’t be an option for rape survivors because “the punishment should be on the rapist, and not attacking the child.” 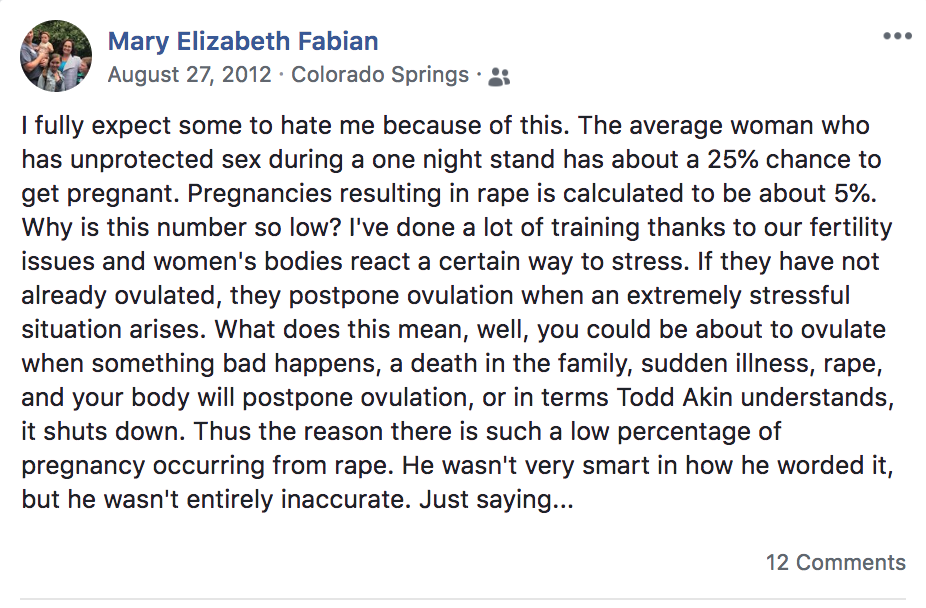 The five percent number used by Fabian comes from a 1996 study that points out that five percent results in about 32,000 pregnancies per year, which it characterizes as “a significant frequency,” not rare, as Akin and Fabian suggest.

And there’s zero scientific evidence that suggests that stress related to a traumatic event would prevent a significant number of pregnancies. 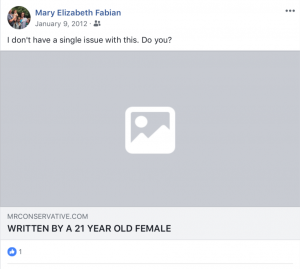 Fabian also shared a letter entitled “Letter From A 21 Year Old Female Conservative” from a website called mrconservative.com that criticizes people who rely on government aid, proposes that they not be allowed to vote, and suggests sterilizing women on Medicaid.

The letter also recommends violating the constitutional right against unreasonable search and seizure enshrined in the Fourth Amendment for those living in public housing. It also features several racist stereotypes, stating “We will sell your 22 inch rims and low profile tires and your blasting stereo and speakers.”

Here’s the full text of the letter:

It originally appeared as a Letter to the Editor in the Waco Tribune-Herald written by someone named Alfred W. Evans – who is probably not a “21 year old female.”

Fabian became the Republican nominee for House District 18 after she was chosen by party officials to replace former Republican candidate Jillian Likness, who dropped out of the race in early July due to health issues. Fabian faces a challenge from Democrat Marc Snyder, who has served as Mayor of Manitou Springs. The seat is currently held by a Democrat, Pete Lee, who’s now running for a state Senate seat.

UPDATE: An email requesting comment on these posts was not answered by Ms. Fabian prior to publication. She has since responded:

“Thanks for reaching out. I’ve had very personal/direct family history dealing with these issues that have shaped my views on these sensitive subjects. As a Catholic, I’m personally pro-life at any stage of life, however I have no interest in legislating morality or turning my religious views into law just as I would not want others to do this with their views. As I mention in these comments from 6 years ago, I also recognize Roe v. Wade as the law of the land. I speak very personally as “in my experience” when I offer opinions beyond that — opinions that are shared by close to or in some cases a majority of Americans. As a representative, I would absolutely listen to the HD18 community on these issues if they arise and put them first, regardless of my personal views on the matter.”