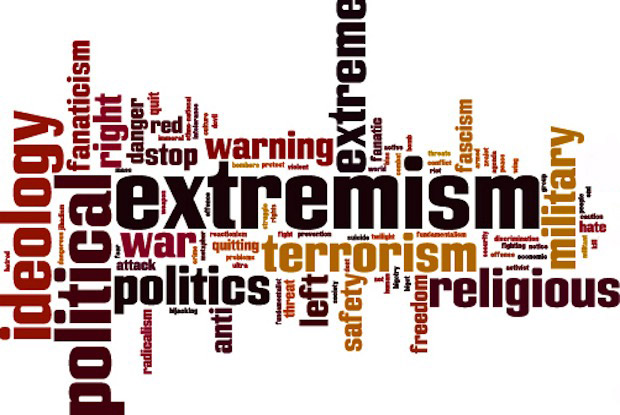 In light of Colorado Times Recorder’s recent reporting on false, sexist and racist social media posts by Mesa County GOP Vice Chair Mark McCallister, an article from Sam Brasch of Colorado Public Radio’s Colorado Matters last Friday provides new context to the succession of Republican leadership in Mesa since the 2016 Presidential election, and may indicate a trend toward extremist and hardline positions among the executive officers.

McCallister has been called out for his controversial Facebook post comparing a Congresswoman’s appearance to a cinematic alien Predator, and for another false post claiming imminent Muslim colonization and Sharia indoctrination in Canada and the U.S..

But on Colorado Matters, — which has been reporting from Grand Junction this week — Sam Brasch filed a report highlighting a regional take from Mesa County Republicans on the national immigration debate.

Brasch’s report quoted five Republican residents from Mesa County to represent the spectrum of perspectives and opinions in the debate.

Three of the five quoted are people currently or formerly associated with Republican Party leadership in the predominantly GOP controlled western slope community.  One of those three is the former vice chair of the GOP in Mesa, and another is the current secretary.

Mesa County GOP secretary, Deborah Erbisch, and her husband Bob, represent a faction of Mesa County residents who are concerned about the impact of refugees and immigrants living in their communities.

Are people coming here to be part of this society or are they coming to colonize it and just make another small country?  Does it affect me? Yeah, it affects me when I can’t understand people at the next table to me [at a restaurant].

In her quote, Deborah Erbisch appears to support the Trump administration’s zero-tolerance policy (now rescinded by  executive order) which significantly increased the number of children separated from families of asylum seekers and people crossing the southern US border illegally, and provoked intense backlash and protracted media coverage of the crisis.

However, Brasch’s quote from Michael Lentz reflects a more moderate stance from a previous executive member of the Mesa GOP.

In the summer of 2016, Lentz resigned his Mesa County GOP Vice Chair position following Trump’s nomination as the Republican candidate for U.S. President.

In Brasch’s article, Lentz implied that the immigration issue is one of demagoguery among Trump and his supporters:

The issue was calling people from an entire country rapists.  When you go to the level of dehumanizing an entire people just for the sake of gaining power, that for me is a line that cannot be crossed. […] Often times we get stuck into this idea of the fear of a changing America. And fear can lead people to take a position they otherwise would not take.

Michael Lentz no longer resides in Mesa County, and now questions whether the GOP tent is large enough to hole a space for him and like-minded Republicans.

His ambivalence is not without merit, it would seem, based on the public social media presence curated by the current 1st Vice-Chair of Mesa County GOP Mark McCallister – holding the same position Michael Lentz held two years ago – and the current secretary, Deborah Ebrisch.

In Mesa County, it appears that the leadership profiles – and the messaging – has narrowed and become significantly more extreme in two short years.