by
Madeleine Schmidt
posted on
February 6, 2018

Douglas County Commissioner Lora Thomas took to Facebook last week with an accusation that two young women whom she spotted at a Republican breakfast in Castle Rock, Colorado, must be “trackers” for the Democratic Party.

“A tracker,” Thomas explained to her Facebook followers, “is someone from the opposition who comes to public events to see what’s cooking.”

She snapped a photo, shown below, of the two young women who were seated across from her, and explained, “They have laughed and smirked through the breakfast, texting furiously. Especially when President Trump’s name was mentioned.” 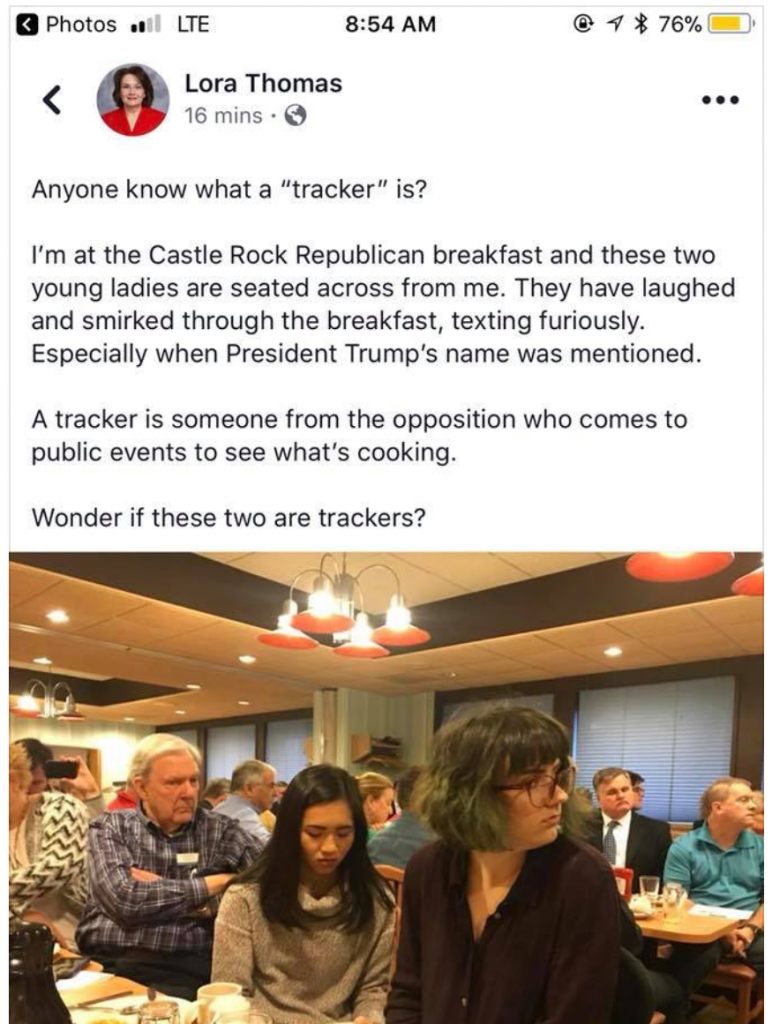 One of the young women, Alyssa Khamma, left, caught wind of the accusation, and apparently wasn’t too pleased.

In a Facebook post of her own, Khamma dismissed the accusation and explained that she’s a college Republican who has been involved in local politics since she was 15.

Khamma added that people often ask her “why there are not more engaged young Republicans and it might be because instead of being welcomed, we are insulted.”

In another Facebook post, Denver County GOP Chairman Jake Viano personally vouched for the women, saying that “I personally know one young lady in the photo and personally signed off on the other, Alyssa Khamma, becoming a Precinct Leader.”

Khamma told the Colorado Times Recorder that Thomas has yet to reach out to offer an apology.