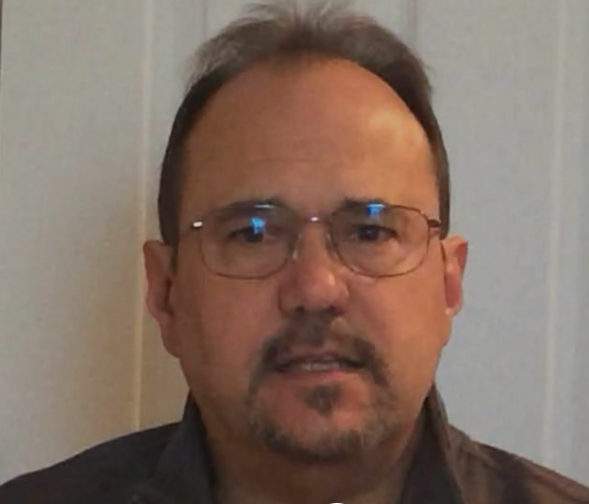 UPDATE: Garfield County Sheriff offered an apology for “distracting from the message” in his regular Facebook live post on gun violence and school shootings.

Yesterday, Sheriff Lou Valario posted a special edition of his regular update, “Just the Facts”, to apologize for the previous post which was inspired by the tragic Valentine’s Day school shooting in Florida, where he called out “liberals and Hollywood elites” for what he perceived to be hypocrisy, in advocating for safe schools while supporting abortion rights.

As many of you know, I recently kicked the door open for this discussion on my “Just the Facts” presentation that I did live on Facebook. I’ll be the first to admit that I was angry about the school shooting in Florida – as were all of you – and allowed emotion to get ahead of my intended discussion points.  I also compartmentalized people into categories, and that distracted from the message. For that, I apologize and ask for your indulgence as I attempt to take this conversation in a different direction, and provide expert analysis based on 31 years of law enforcement experience. I have no doubt that we all want to achieve the same outcome:  less school violence and senseless tragedies, like we have recently seen.   The differences lie in the pathways to achieve these goals.  Hopefully, we can come together as a community — and as a nation – and develop public policy, training, and security to minimize the ability of evil psychopaths to commit these heinous crimes on our children.

Following his apology, Valario read from a statement which highlighted “three prongs” in the approach to reducing mass killings, and in particular, school shootings: gun control legislation, mental health, and school safety.

In the wake the Parkland, FL school shooting last week, Garfield County sheriff Lou Valario posted a live feed to his Facebook page in a bimonthly regular update from the Sheriff’s office called “Just the Facts,” which is broadcast live on Facebook.

Sheriff Valario acknowledges from the outset that his post will be controversial, inspired by his anger around the Parkland, FL school shooting in which 17 people died.

He then editorializes about societal reactions to the tragedy, possible solutions to address the problem, and then directly calls out a perceived hypocrisy of gun safety advocates in supporting abortion rights. He specifically refers to abortion as a “genocidal act.”

In relation to the February 14 shooting, the Garfield County sheriff – himself a National Rifle Association member and former firearms instructor — points to liberal politicians and the “Hollywood elite” who are quick to politicize mass shootings and blame guns for gun violence, while ignoring other factors that might contribute to similar tragedies.

In his video, Sheriff Valario condemns the singling out of the AR-15 as the weapon of choice for many mass shooters, and chastises those who would frame the NRA as “the second coming of ISIS,” while calling to end the designation of schools as Gun Free Zones.

Valario asserts that “taking away guns” will never happen in this country.

It is the last statement in his dispatch that could prove to be his most controversial.  Valario attempts to conflate legal abortion with mass shootings, saying that any argument for gun laws and gun control is undermined and indefensible as long as abortion is legal.

The biggest American tragedy, however, when it comes to these liberal politicians and these Hollywood elites, is something […] that they support and condone […]. And that is the murder of hundreds of thousands of babies every year through abortion.  So these folks, apparently, pick and choose which lives they think are important, which lives they think are tragic.  But yet, when it comes to this genocidal act, they don’t want to do a thing about it, and they fully support and condone it. So, until they look in the mirror and they tell me that that’s something that needs to be corrected in this country, I will not be lectured by them on gun control.  This is “Just the Facts”.

Watch the entire post from the Garfield County Sheriff below.

Just the Facts with Sheriff Vallario