GOP Bill Promotes the Use of Ivermectin, a Veterinary Medicine, and Other Unproven COVID Treatments in CO 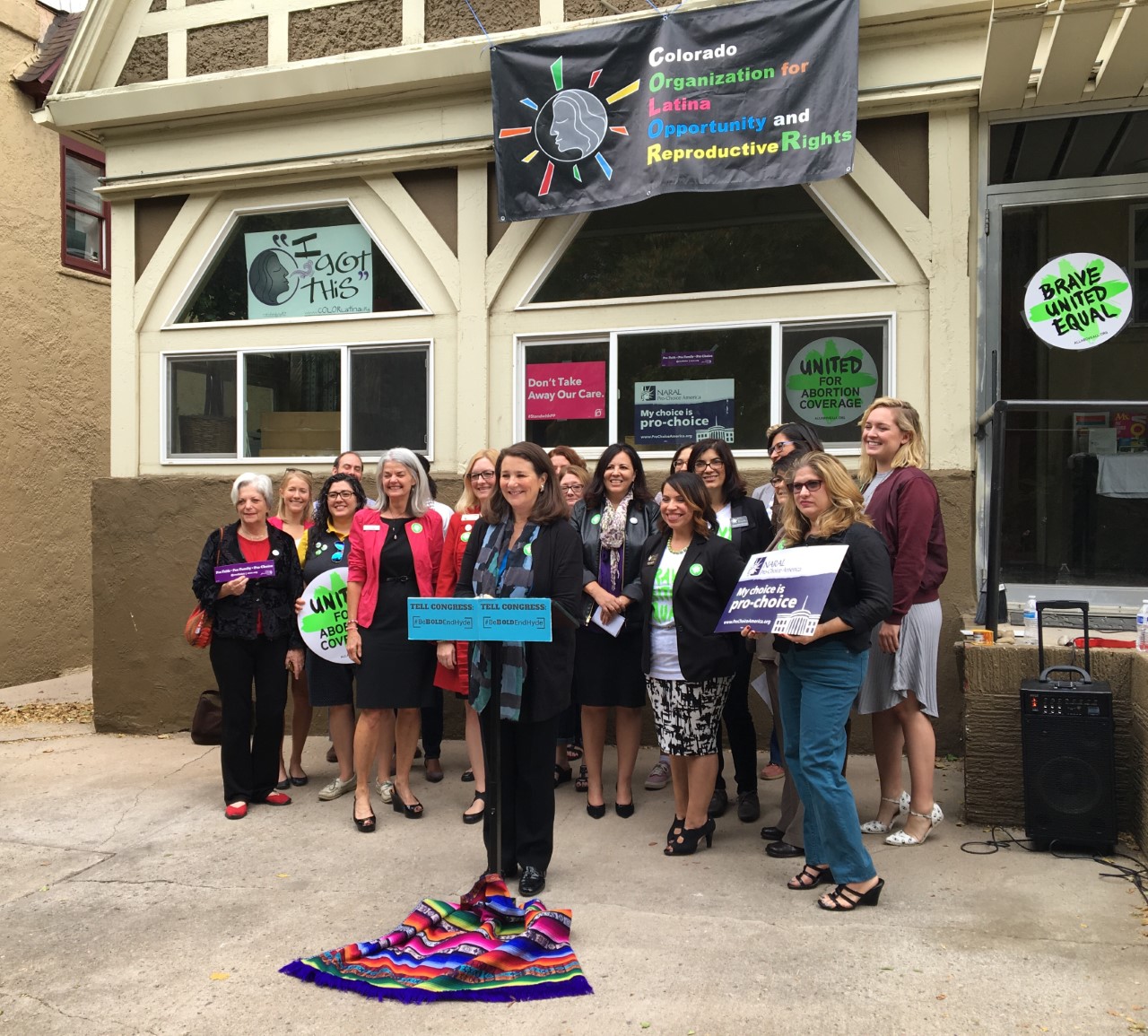 For four decades federal funding for abortion has been banned under the Hyde Amendment, meaning, among other things, that women who rely on Medicaid don’t have access to the full range of reproductive healthcare services available.

Some of the state’s leading advocates for reproductive rights, including U.S. Rep. Diana DeGette, Karen Middleton of NARAL Pro-Choice Colorado, and Vicki Cowart of Planned Parenthood of the Rocky Mountains, held a news conference today at the office of Colorado Organization for Latina Opportunity and Reproductive Rights (COLOR) calling for the end of Hyde.

DeGette, a long time advocate for reproductive rights, is calling on Congress to pass the Equal Access to Abortion Coverage in Health Insurance Act (EACH Woman Act) this year, which would overturn the Hyde Amendment.

She said at the conference that Hyde, which bans the use of any federal dollars for abortion, is regressive and unfair because it specifically targets underprivileged women, and that “a woman who seeks an abortion but can’t have one because she can’t afford it is more likely to fall on even harder times, deepening the cycle of poverty.”

Former U.S. Rep. Henry Hyde himself admitted that the law singles out impoverished women, stating that he would “certainly like to prevent, if I could legally, anybody having an abortion, a rich woman, a middle class woman, or a poor woman. Unfortunately, the only vehicle available is the Medicaid bill.”

COLOR Executive Director Cristina Aguilar said “no one should have to decide between paying rent, buying groceries, or getting the healthcare that they need, which includes an abortion.”

Aguilar also pointed out that Hyde disproportionately affects women of color, who are more likely to rely on government insurance and to have an unintended pregnancy.