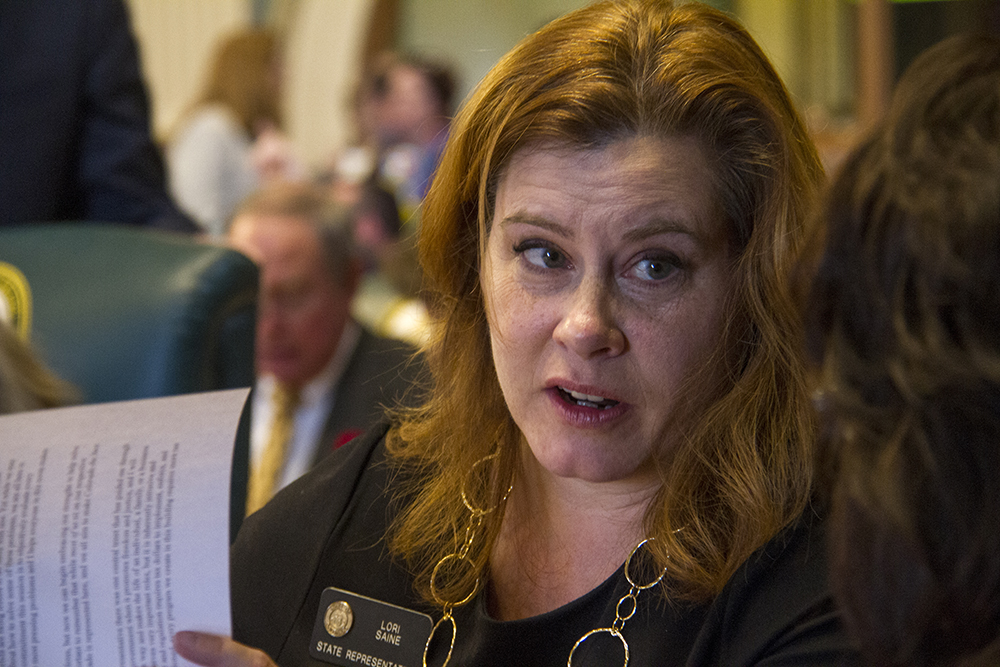 “Do you see why people are concerned that a state lawmaker walked into a security check point with a weapon?” asked Channel 7 reporter Jaclyn Allen.

“Well, I would hope more people would feel sorry for her for forgetting she had [the loaded gun] and being in custody here [in jail] for going on 30 hours,” replied State Rep. Lori Saine’s (R-Firestone) attorney Randy Corporon, who moonlights as a righty talk radio host on KNUS-710 AM.

That’s one of a number responses Corporon gave Allen about his client’s bad behavior with guns at the airport, where she was arrested after her gun was discovered this week.

During the unusual interview, Corporon repeatedly downplayed the security risks posed by someone who tries to run a loaded weapon through airport security, saying such a move does not translate into irresponsible gun ownership.

Told by Allen that a lot of people can relate to forgetting a bottle of water but not to forgetting a loaded weapon, Corporon said, “I think responsible gun owners who conceal carry don’t have to think about it as some special nuclear-powered weapon or something.”

“You have to be responsible as a gun owner,” Corporon told Allen. “[Saine] was. She has the proper licensure. There were no bullets in the chamber, according to the probable cause affidavit. She was in a hurry. It was in a purse and she didn’t realize she sent through TSA. I think it’s about as simple as that.”

“They just made a mistake in a hurry,” said Corporon of the 106 people who got caught carrying a weapon through a security checkpoint this year. He asserted, without citing evidence, that none of the 106 intended to “take down a plane” or “cause a stir.”

District Attorney Beth McCann and Representative Saine were fellow legislators in the Colorado General  Assembly.  The two worked closely together in 2015 to sponsor and enact the felony DUI law.  Given her personal connection to Representative Saine, in the interest of justice and to ensure fair and impartial consideration of the matter, McCann determined the involvement of another district attorney’s office would be appropriate.

When the Denver Police Department concludes its investigation, it will present the case, if any, to the Boulder District Attorney’s Office for consideration as to the filing of charges.