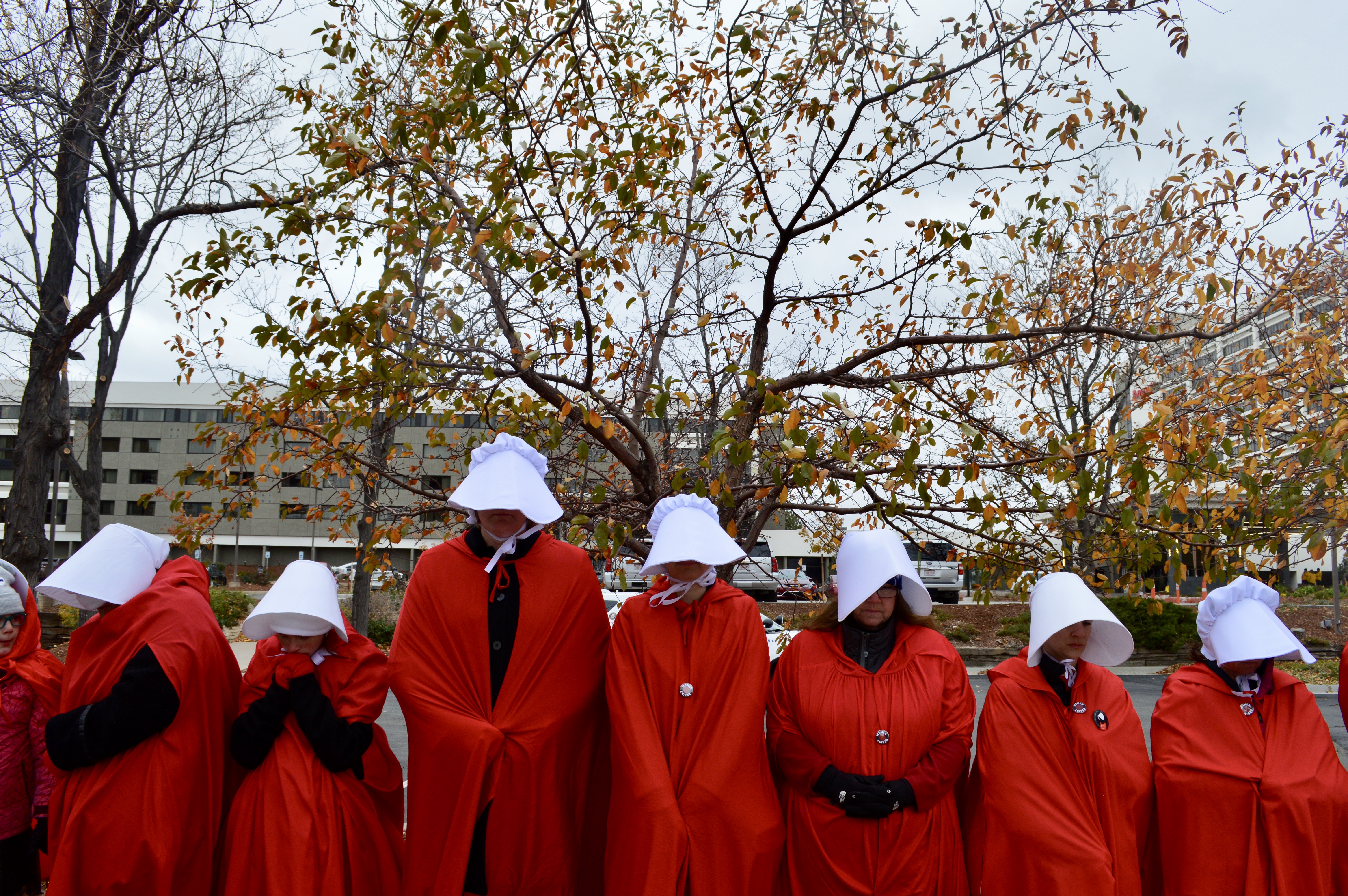 Despite Thursday’s near-freezing temperatures, hundreds of protesters, including more than a hundred dressed as “handmaids”, greeted Vice President Mike Pence at his Denver fundraising event at the Denver Marriott Tech Center.

The handmaids are a reference to Margaret Atwood’s dystopian novel The Handmaid’s Tale, in which an authoritarian regime assumes total control over women’s bodies and forces them to bear children.

Pence’s record on reproductive rights was the focal point of the protest. Throughout his political career, Pence has sought to limit access to contraception and abortion at every turn, including repeated attempts to strip Planned Parenthood of federal funds and a bill that would have made it more difficult for rape survivors to terminate their pregnancies.

The protest featured speakers from Planned Parenthood, the ACLU, and One Colorado, among others.