I ran across a meme posted by Colorado House Minority Leader Patrick Neville (R-Castle Rock) making the argument that since more people die (per 100,000) from driving a Prius than by guns there should be a plan to end Prius deaths. 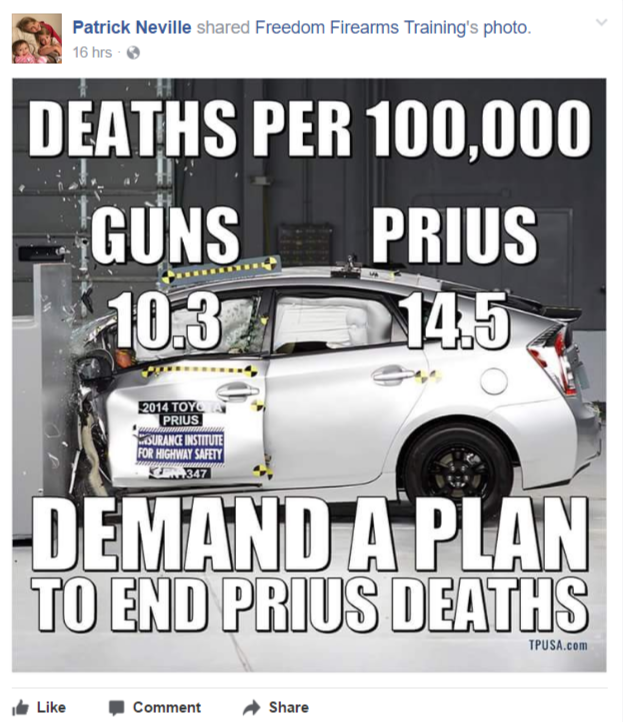 This is a fallacious, apples to oranges comparison. Guns are different than cars, and comparing them is silly. They have different uses and different frequency of use. Secondly, the meme implies there are no Prius regulations, or on cars in general, which is flat-out false.

As early as the 1920s, automobile safety measures were implemented. In 1966, a comprehensive bill to address traffic fatalities was passed called the National Highway Traffic Safety Act. As you can see below, these measures were very successful in reducing traffic deaths: 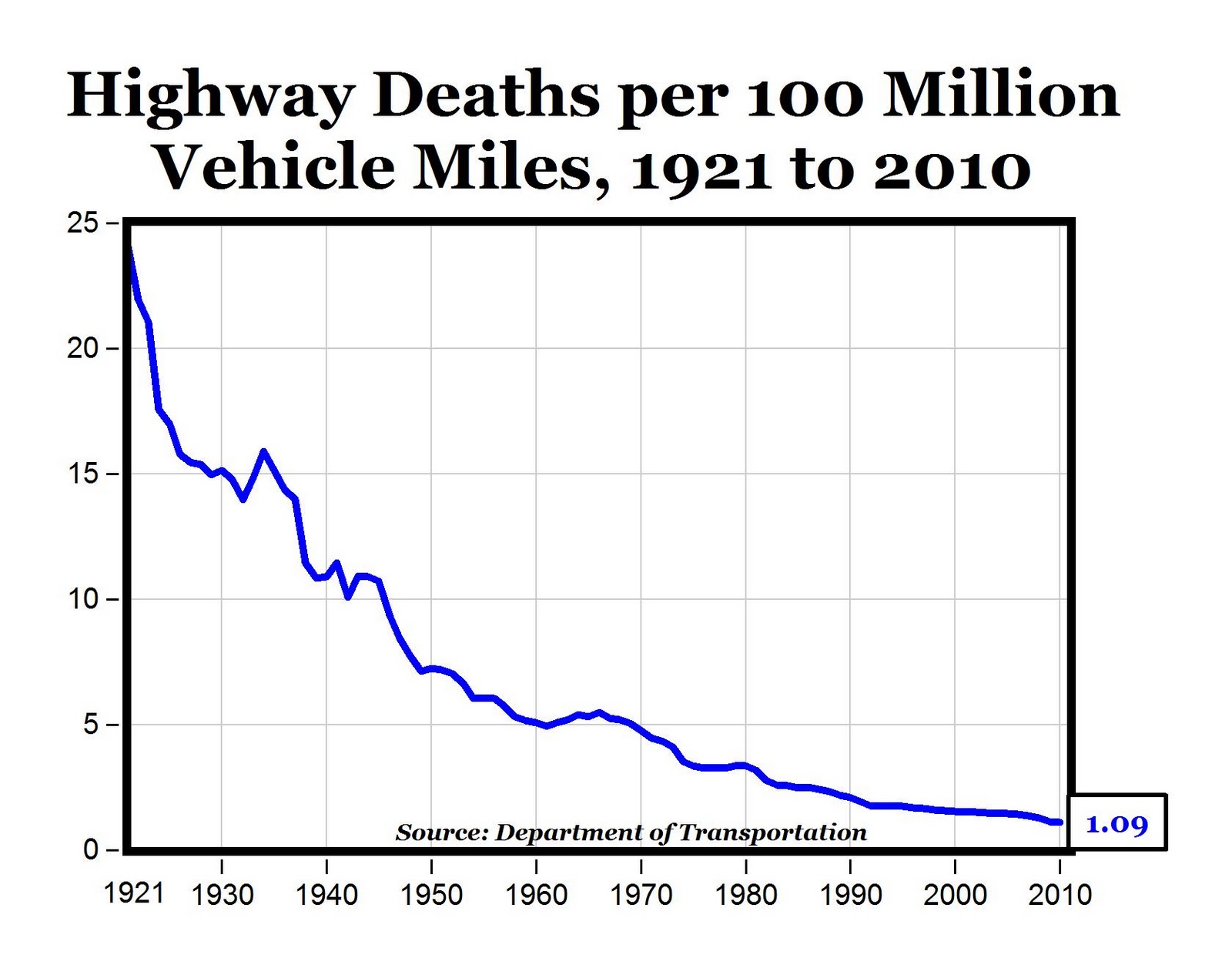 The meme implies that guns should be regulated to the same degree as cars. Let it be known that Neville is calling for guns to be regulated in the following ways:

1) Restrict the use of guns to those over 16.
2) Registration of all gun purchases.
3) Require insurance as condition of gun ownership.
4) Tax ammunition heavily just like gasoline.

Having heard Patrick Neville’s radical, maximalist language on gun rights, I assume he would not agree with these regulations. He doesn’t even believe in background checks. The moral of this story is that memes that offer false choices and oversimplify issues generally aren’t making the point that you hope they are. In fact, they are often making the exact opposite case.