Former GOP candidate for Congress Casper Stockham likes to lecture people about what is and isn’t fake news. Yesterday, he posted this on Facebook: 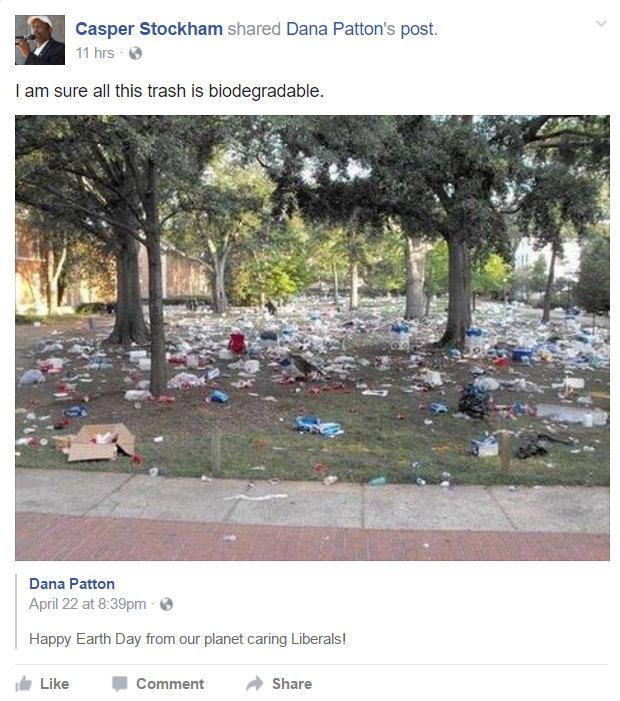 As you can see, the picture totally proves that supposedly Earth-loving liberals are actually hypocritical slobs who leave trash everywhere. I see this sort of claim all the time in the Fever Swamps™, so I did what any reasonable person interested in the truth would do: I investigated.

First I downloaded the picture.  Then I opened google image search, which has a very useful feature. You can upload an image or an image url and it will scour the web to find other iterations of it. This took about 30 seconds:

The fact that it was identified as “University of Georgia tailgating” was a very strong clue, so I clicked the link to verify: 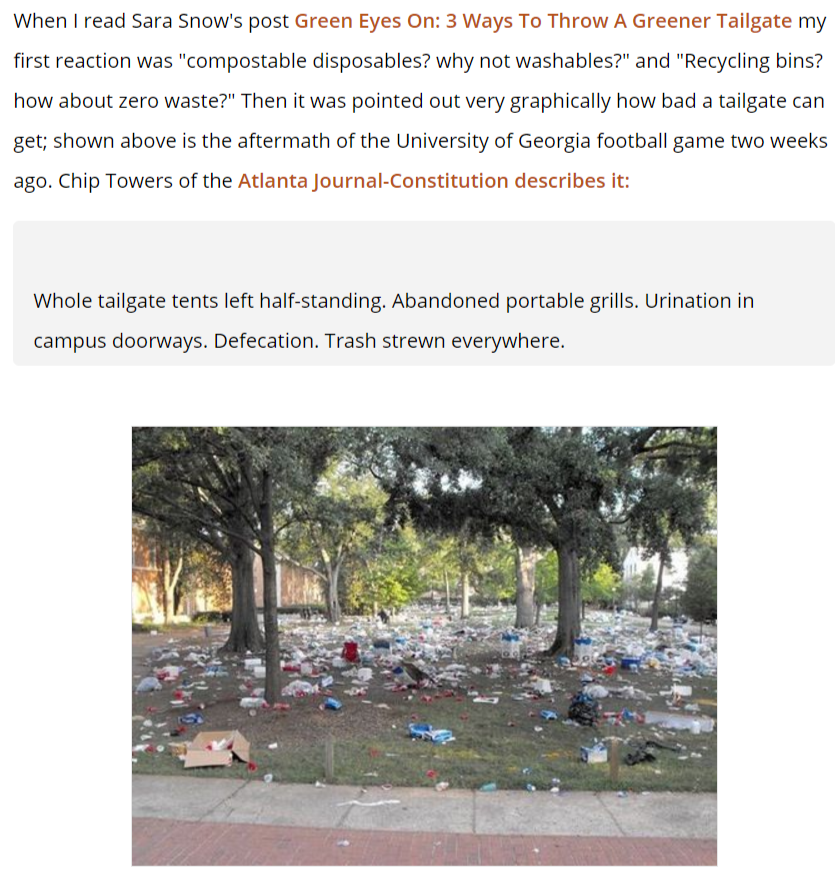 Well what do you know. I am shocked. It turns out it was a picture of a tailgating party at the University of Georgia in 2009, not refuse left by hypocritical liberals celebrating our planet by trashing it. I’m sure Casper would be upset to find this out, and would immediately take down the claim and apologize if he knew the truth. Or would he?