I’m gonna miss Derrick Wilburn, former Vice Chair of the Colorado GOP. He is reliably one of the nuttiest and most hyper-partisan members of the party. As a tribute to his history of Fever Swamp hysterics, I offer this case study in double standards. A few days ago, Wilburn posted this on Facebook: 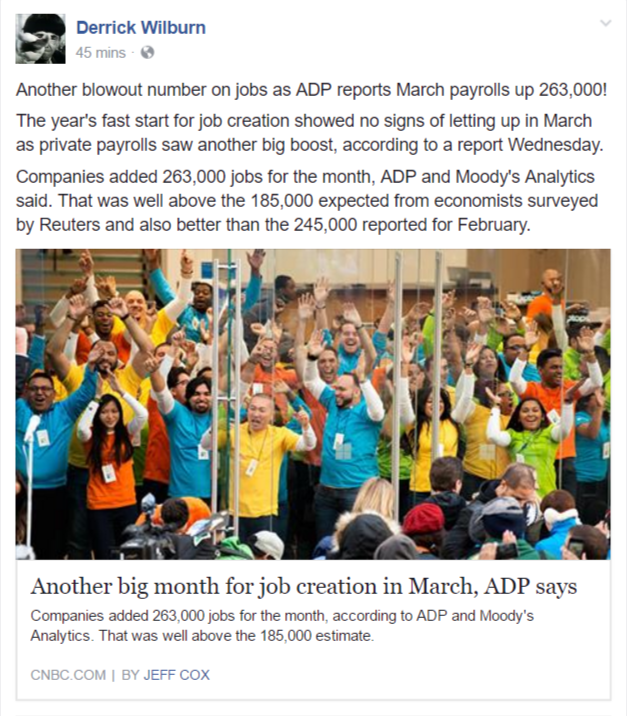 Got it? Trump is on a roll! Job creation is up!  But wait, this is from last year when a Democrat was president: 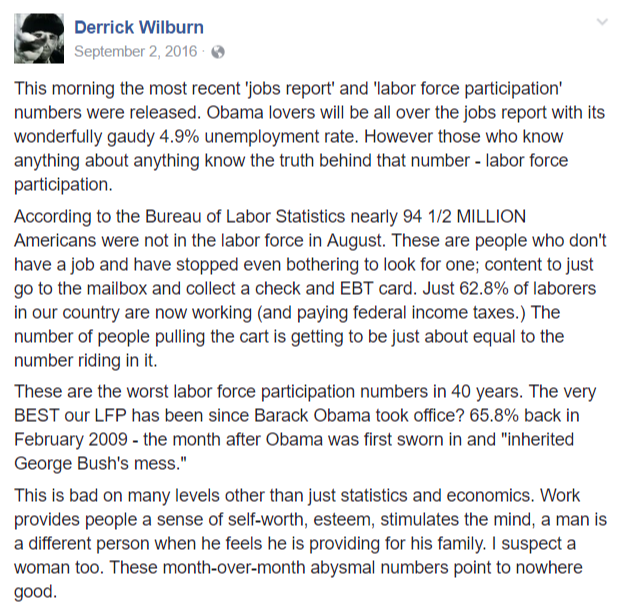 See? The only number that matters is “labor force participation,” which remains more or less unchanged since 2015.

See the trick? When Obama was posting the longest streak of job growth reports in history, the “real” story was the labor force participation, but now that Trump is president, that doesn’t matter anymore. Numbers that were “abysmal” under Obama are suddenly “blowout numbers” under Trump!

I’m fairly sure Wilburn is getting his cues from Donald Trump, who according to Sean Spicer said: “They may have been phony in the past, but it’s very real now” regarding jobs creation. If it weren’t for double standards, it appears that Trump sycophant Derrick Wilburn would have no standards at all.