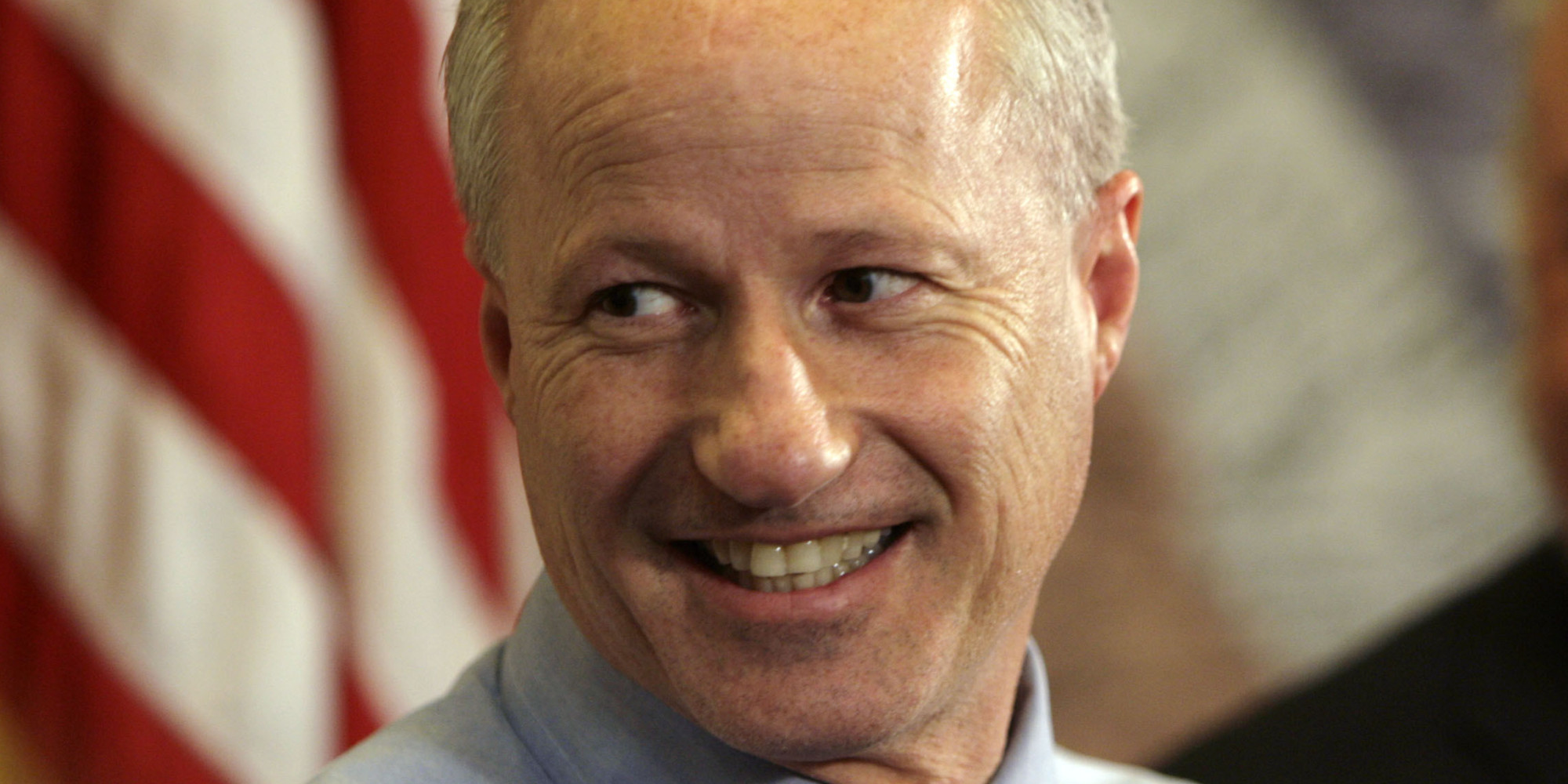 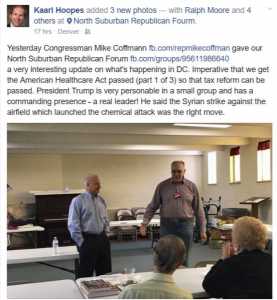 In contrast to his appearance Wednesday at a town hall meeting in Aurora, where he was reportedly “pummeled” by constituents and tried to distance himself from Trump, U.S. Rep. Mike Coffman (R-CO) praised the president and was “very well received” a few days before at a meeting of the North Suburban Republican Forum.

“I would say he was very well received,” said Kaarl Hoopes, the Republican Chair of House District 31, who attended the meeting with Coffman April 8.

“[Coffman] gave the sense that the Republicans have a strong agenda, and he’s very optimistic that with President Trump’s leadership, he’s going to be able to accomplish it,” said Hoopes.

After the meeting, Hoopes stated on Facebook that Coffman specifically cited the imperative for Republicans to pass tax reform and an Obamacare replacement. And Coffman praised Trump’s handling of the military, Hoopes said.

Asked if Coffman called Trump a “real leader,” as implied in his Facebook post, Hoopes replied, “I think he actually did say that. [Trump] met with Coffman in a small group, and he said that, and I may have posted this, he said that he’s a very commanding presence. He fills the room. And people pay attention.”

Hoopes said he was “personally offended” by Coffman last year when Coffman ran advertisements saying he’d stand up to Trump. “That bothered me for quite a while,” said Hoopes.

“I think [Coffman] is more in line with Trump as a leader now,” said Hoopes. “You know, if there’s something he strongly disagrees with him on, I’m sure he will  stand up to him. But his attitude was very positive towards President Trump. I think he really supports the strong leadership that he’s bringing.”