Following the rise of Donald Trump, it’s worth asking what impact the brazen bigotry and sexism coming from our nation’s leadership may have on politically inclined young people.

In Colorado, two young Republicans have emerged on the political stage in the past year. Devin Camacho was elected Chairman of the Otero County GOP at just 19 years old. Dylan Sparks, now 20, was picked as a regional Trump campaign leader in El Paso County and now serves as a county GOP bonus member. Let’s take a look at some of their social media activity.

Camacho often takes to Facebook to express his views on feminism. Apparently, he thinks he’s an expert on the subject. 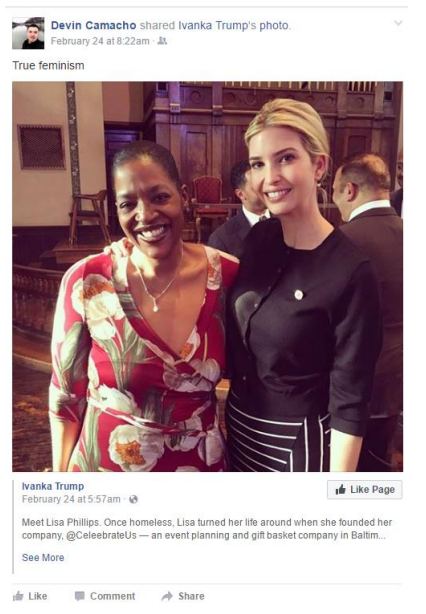 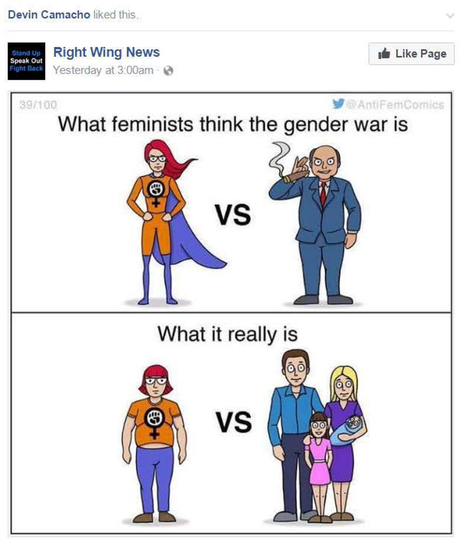 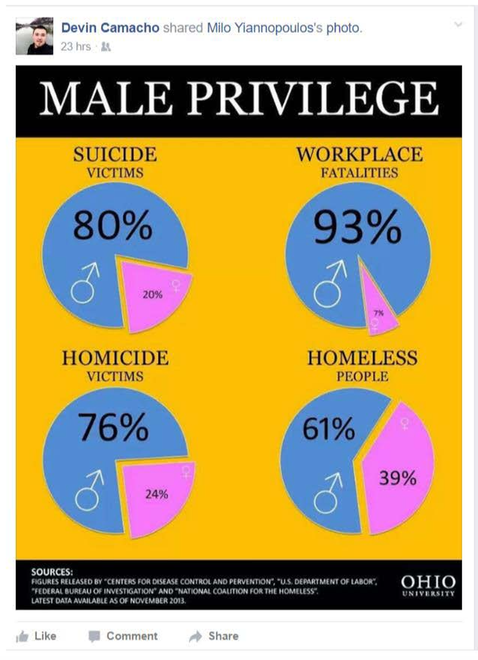 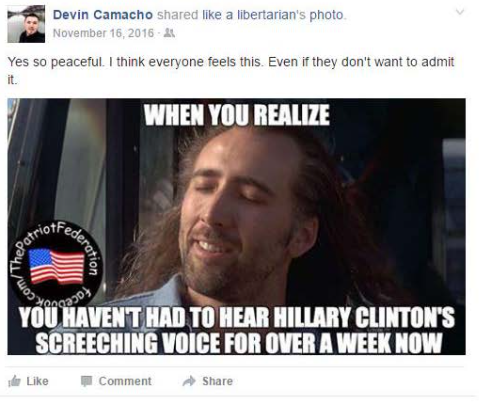 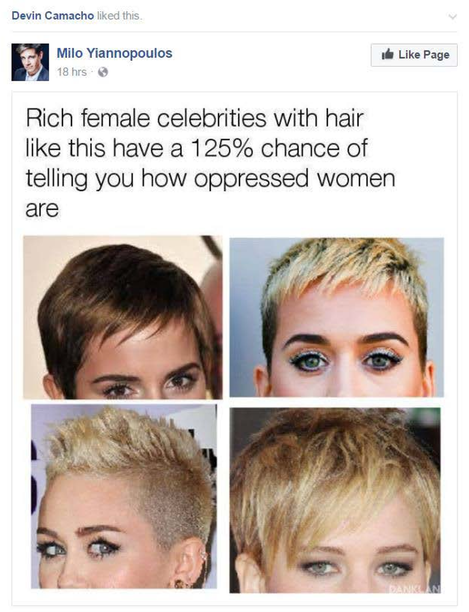 Camacho liked this post agreeing with an Oklahoma lawmaker who pushed extreme anti-abortion legislation and referred to pregnant women as “hosts.” 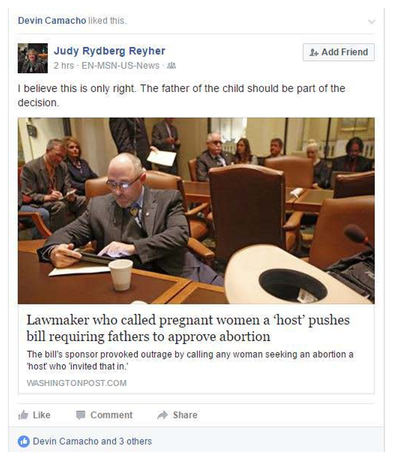 He shared this video from Ben Shapiro in which the conservative political commentator called impregnated rape victims “imaginary”. Watch the full video here. 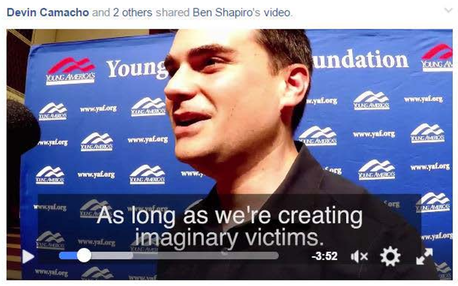 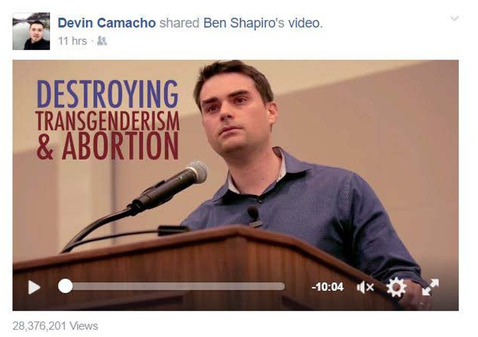 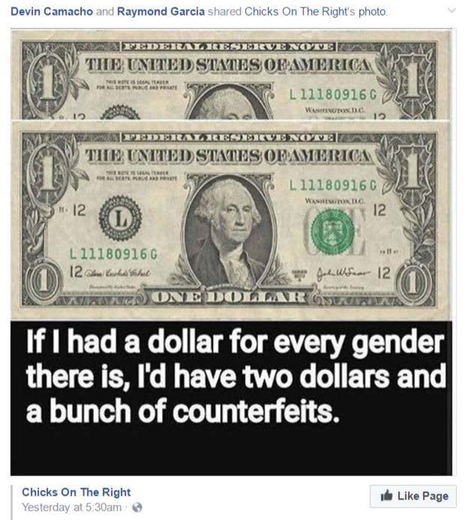 In addition to his sexist and transphobic tendencies, Camacho, like many in the Trump era, cannot seem to weed out internet falsehoods. 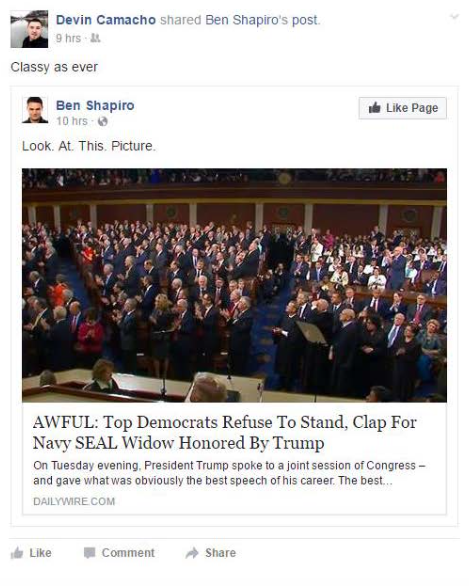 The allegation that Democrats didn’t stand for the widow of a Navy SEAL is demonstrably false. 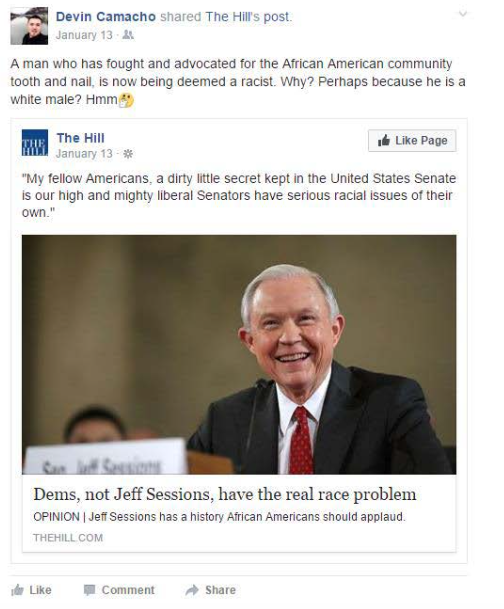 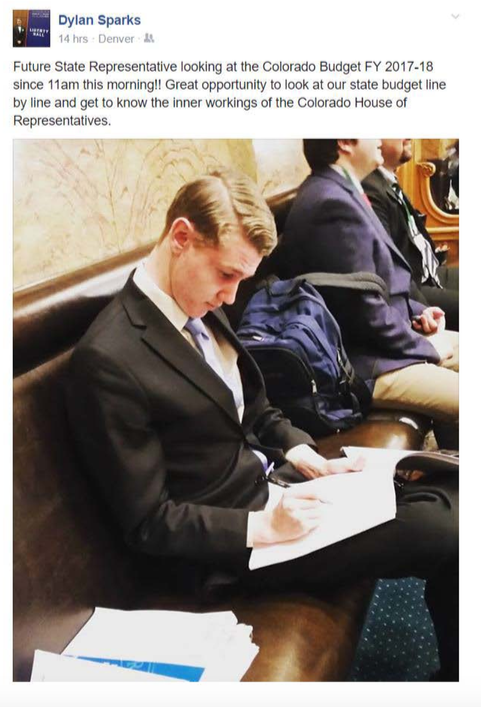 Sparks, like Camacho, has something to say about feminism. 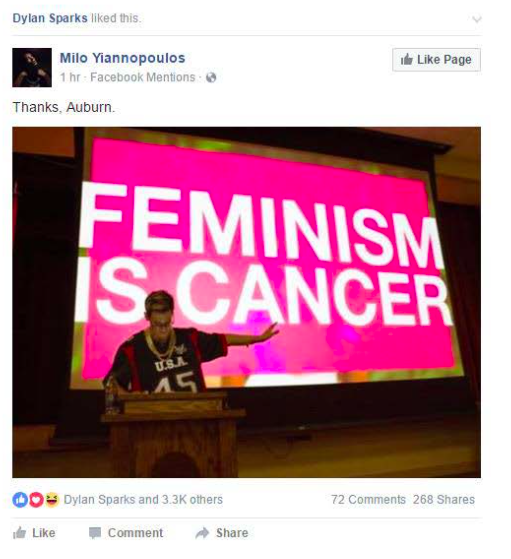 His hobbies include harassing progressive commentator Ana Kasparian of The Young Turks on Facebook. 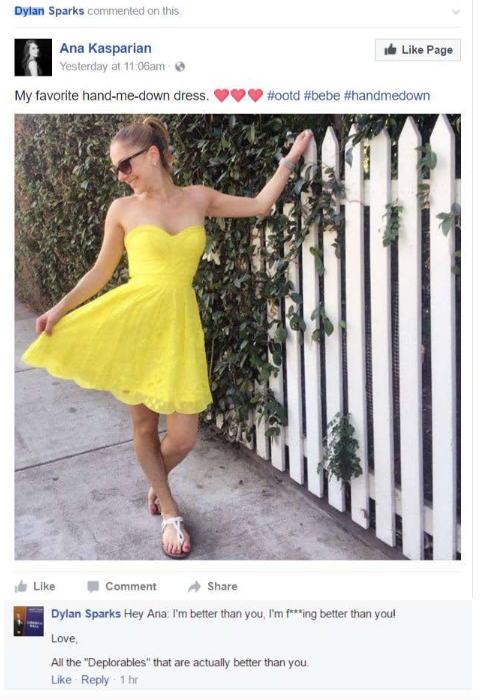 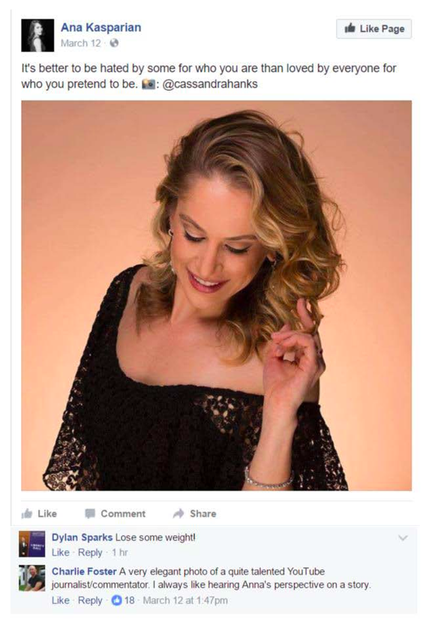 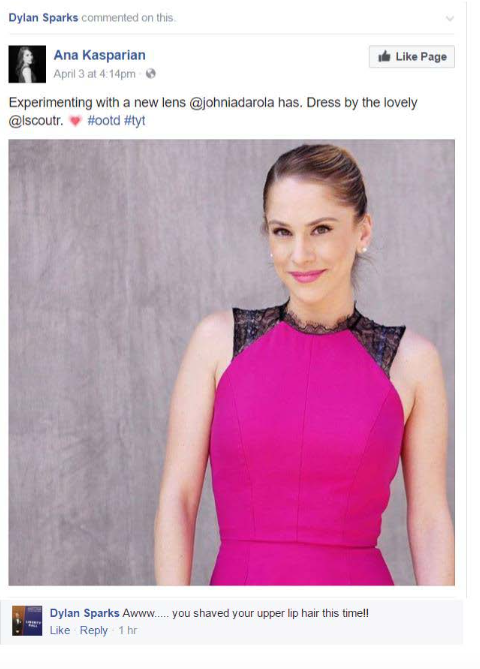 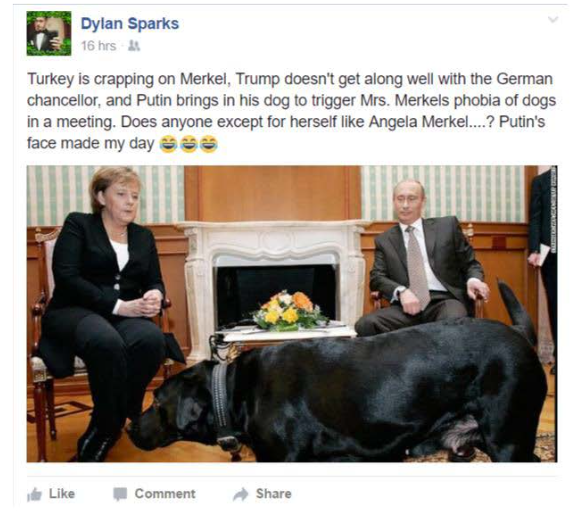 Actually, he’s not very selective with his sexism at all. He liked this post from Milo Yiannopoulos on International Women’s Day, when many women participated in “A Day Without A Woman” and refrained from working to demonstrate women’s economic power and value.

Like Camacho, Sparks is no ally to the LGBTQ community. 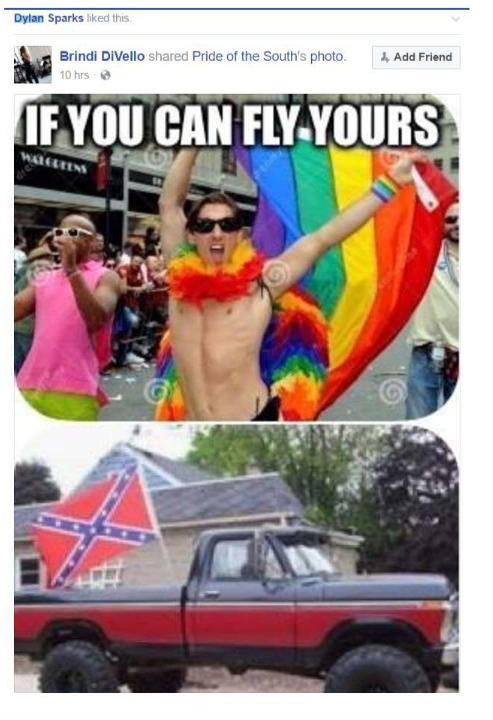 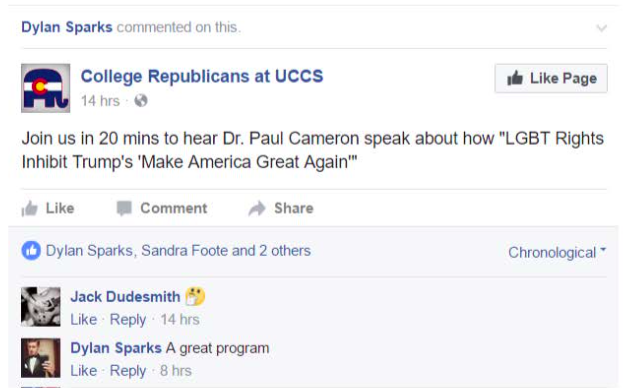 Sparks isn’t a fan of those who exercise their First Amendment right to protest. 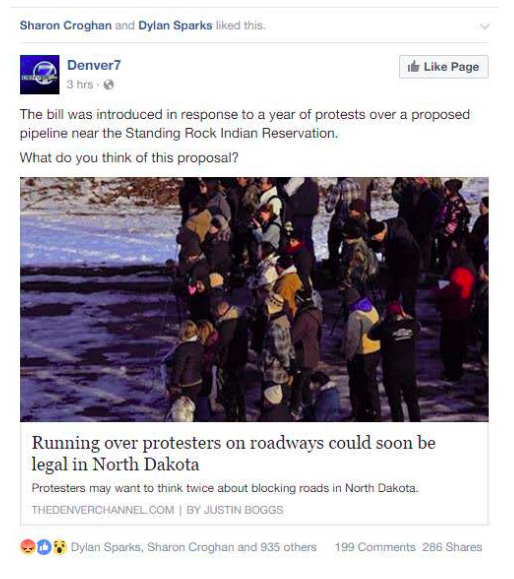 He’s also not a fan of refugees and apparently can’t even muster a little sympathy for those in danger of freezing to death. 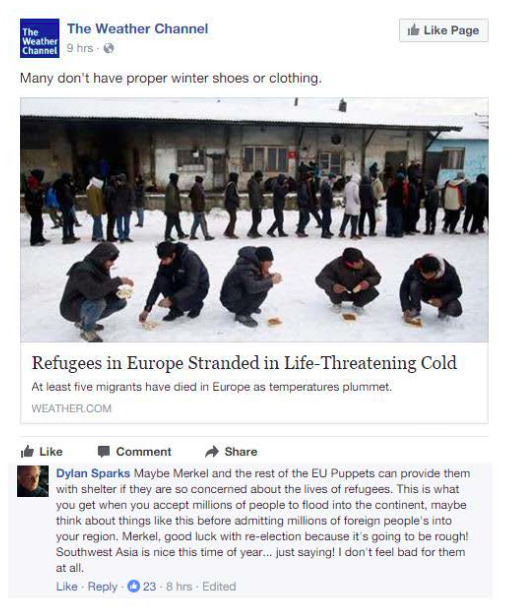 So who is Sparks a fan of? Far-right French politician Marine Le Pen, for one, whom he refers to as “The God Empress.” 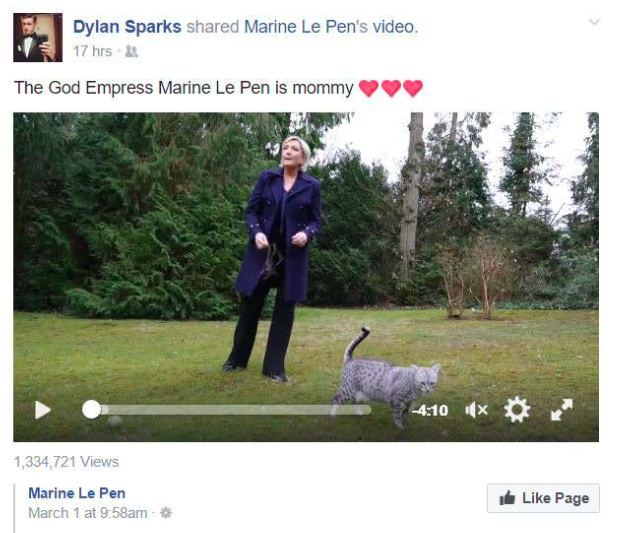 Do these young politicians rising in the ranks of the Colorado GOP give us a glimpse into its future?