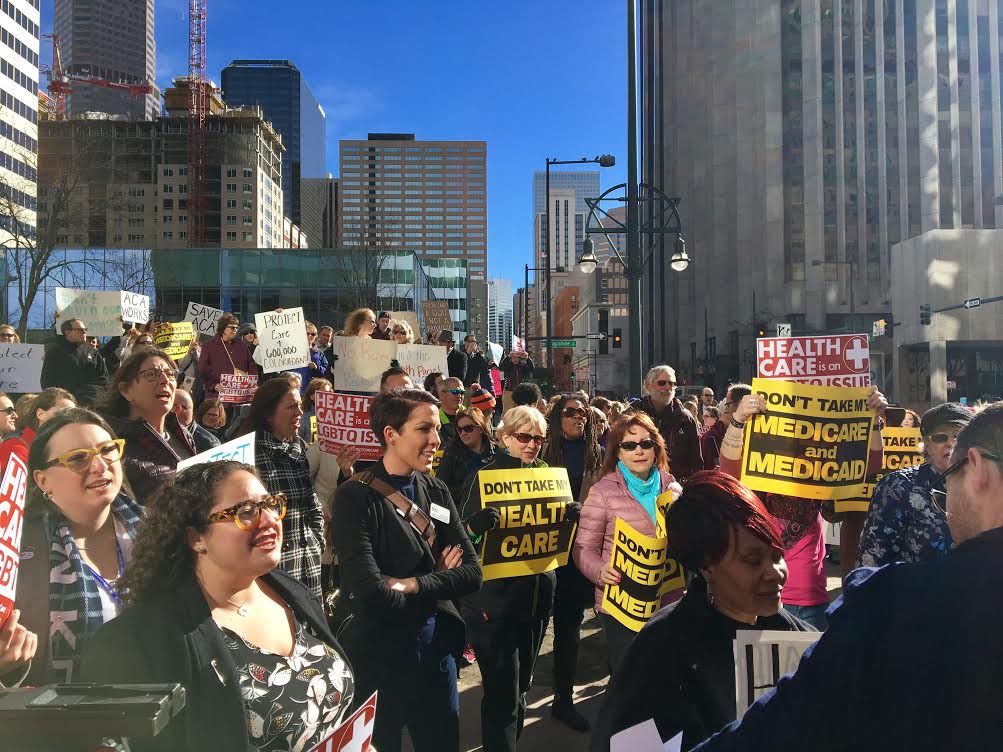 In response to a bill introduced by state lawmakers that would dismantle the Colorado’s health insurance marketplace, the Colorado Consumer Health Initiative has scheduled a rally at the state Capitol to urge lawmakers to protect health care coverage.

The bill would repeal the Health Benefit Exchange Act, which created a statewide health insurance marketplace called Connect for Health Colorado for those who don’t receive coverage from their employers. The exchange was used by over 200,000 Coloradans find health insurance plans in 2016, and is seeing record numbers of users so far in 2017, according to organizers.

If the bill passes into law, Coloradans would be forced to shop for insurance plans on the federal marketplace, leaving them at the mercy of Congress in their efforts to repeal the Affordable Care Act.

Organizers say this is a false choice given the uncertain future of the ACA, and would leave Coloradans without a transparent enrollment system.

State Senate President Kevin Grantham (R-Canon City), criticized Connect for Health Colorado in the opening of the 2017 legislative session for “bilking the Colorado taxpayers,” pointing to a recent audit that found it misspent or improperly documented $9.7 million in grant money.

Although the main focus of the rally is around state health care policy, it’s also meant to express opposition to Republican plans to repeal the ACA.

In recent weeks, Coloradans have expressed their concerns about the future of health care in a variety of ways. A recent rally in front of Sen. Cory Gardner’s Denver office drew hundreds, and in the following days, his voicemail box was full after many citizens called to urge him to vote no on the ACA repeal and find out if he had a replacement plan.

U.S. Rep. Mike Coffman (R-CO) has also drawn ire from citizens after his early exit from a constituent meeting in which he was expected to answer questions about the future of the ACA.

The rally is scheduled for Tuesday, Jan. 31 at 1 p.m. at the state Capitol. Hundreds of people have said they’d attend the rally on the Facebook event page, and over a thousand have expressed interest.

The hearing for the bill was originally scheduled for 2 p.m. the same afternoon as the rally, but it has been moved, according to organizers, who say the change in scheduling is an effort to undermine the rally.

The bill’s sponsor, state Sen. Jim Smallwood (R-Parker), could not immediately be reached for comment.