Lawsuit Against Colorado Could Allow GOP To Dump Open Primaries Before Next Election, Says GOP Lawyer 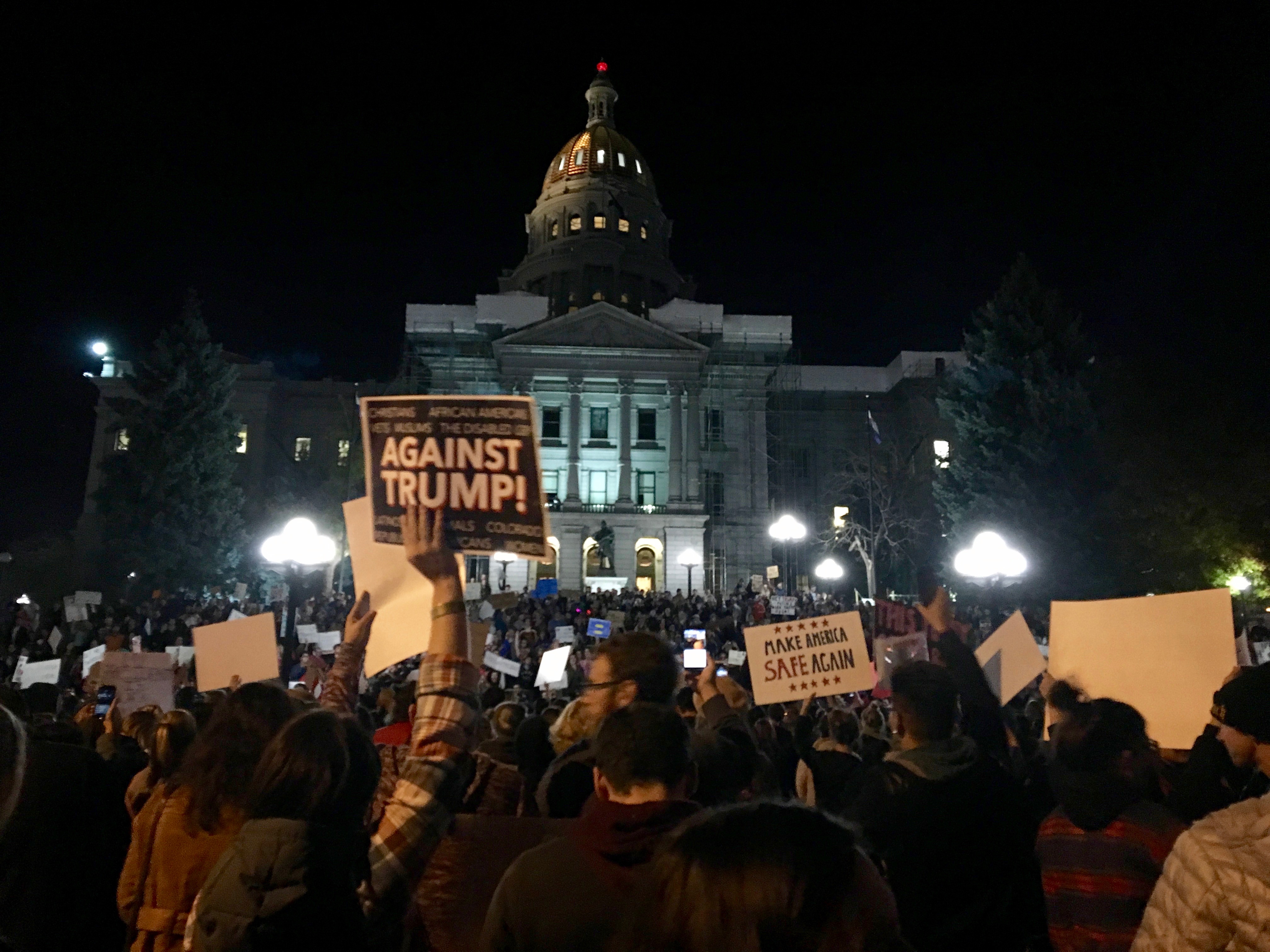 On Friday, Donald Trump will officially become the 45th president of the United States, and as most Coloradans demonstrated on Election Day, they’re not too happy about it.

Here’s a handy-dandy schedule of events for those of you who want to spend your weekend protesting, fundraising, commiserating, or moshing.

Kick off your weekend with a peaceful protest outside of the state Capitol building. To learn more about the event and say you’ll attend, follow this link to the Facebook page.

By now, the reality of a Trump presidency has likely set in. Need a beer? Goldspot Brewing Company has just the one: the Pussy Riot Beer, brewed specifically for the occasion by local women brewers. The beer’s name is a nod to the Russian feminist punk rock group Pussy Riot, which has drawn attention for putting on provocative public performances.

A dollar from each beer sold will benefit One Colorado, a local leader in the fight for LGBTQ equality. The event will also feature a food truck and live music starting at 7 p.m., according to the Facebook page.

This event, which also takes place at the state Capitol building, will feature booths from various Colorado non-profits where attendees can learn how to get involved, donate, and sign petitions. There will also be vendors benefiting local non-profits, live music, and a march at 5:30 p.m., according to the Facebook page for the event.

Although the festival is focused on inspiring millennials to be more active in politics, and provide information on how to do so, community members of all ages are encouraged to attend.

If you’re looking for somewhere to release your pent-up anger or anxiety from the inauguration, head over to Summit Music Hall. They’ll be putting on a concert featuring a few local punk bands, including Cheap Perfume, Screwtape, and The New Narrative. Tickets cost $10, which you can buy here.

If you’re not the moshing type, but the Deplorables Ball (DeploraBall?) isn’t your cup of tea either, check out this fundraising event at the Boulder Theater. Attendees will be able to connect with more than a dozen local non-profits to learn about their work and offer support while enjoying live music and comedy. Tickets range from $12 to $50 dollars. Learn more about the event and buy tickets here.

Denver will join the nationwide wave of women’s marches, inspired by the Women’s March on Washington D.C., to take a stand for women’s rights and show solidarity with all marginalized communities. The mission statement for the Denver march focuses on reproductive rights, equal protection under the law, and following in the footsteps of those who have laid the groundwork for fighting for human and women’s rights.

The march will begin in Denver’s Civic Center Park and continue on a 1.3 mile route through downtown before returning tp the park for a rally. A diverse lineup of women speakers and performers, from politicians to poets, will take the stage at the rally.

More than 31,000 have said they will attend the march on the event’s Facebook page, and nearly the same number of people have said they’re interested in attending.

Sister marches will also take place in other locations across Colorado, including in Aspen, Carbondale, Colorado Springs, Grand Junction, and Steamboat Springs.

Head over to Skylark Lounge after the women’s march for a Planned Parenthood fundraiser featuring local lady bands. The event is free of charge.

Tracks nightclub is hosting a ball with music, food, and dancing to “celebrate each other and our commitment to be the change we collectively want to see in the world,” the Facebook event page says. Tickets are available here.