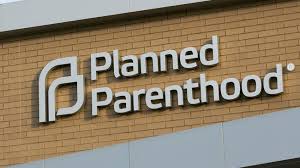 The combination of Trump’s “misogyny,” last year’s murders at a Colorado Springs clinic, and the popularity of Planned Parenthood is translating into votes for pro-choice candidates in Colorado, according to Planned Parenthood Votes Colorado (PPVC) Director Sarah Taylor-Nanista.

“Violent rhetoric across the country angers women, but there is a specific connection in Colorado, where we just saw how violent anti-choice language actually ended up hurting people,” said Taylor-Nanista. “And I think it’s hitting home among women voters in a profound way.”

Trying to take advantage of this election climate, PPVC is executing a multi-prong strategy to push pro-choice voters, particularly women, to the polls.

Under a $250,000 state-wide program, PPVC staff has knocked on over 6,000 doors, called over 13,000 voters, launched 10 mail pieces, and pushed earned and digital communications efforts focusing on reproductive health messages, including abortion access, according to Taylor-Nanista.

“Beyond just the state of Colorado, we’re seeing nationally that defunding Planned Parenthood is one of the biggest incentives for people to get out and vote this year,” said Taylor-Nanista. “It’s a message that’s resonating over and over.”

Asked for a response to the alleged good will that voters feel toward Planned Parenthood, Leslie Hanks, a Denver-based spokeswoman for American Right to Life, said via email that Planned Parenthood staff should be put on trial for murder.

“Nothing generates ‘good will’ like parsing out baby body parts to increase Planned Murderhood’s bottom line!” wrote Hanks. “America needs another round of Nuremberg Trials.”

“In this election, where there is so much emphasis on misogyny and violence against women, Planned Parenthood is a perfect messenger,” said Taylor-Nanista. “We’re seeing that. Our partners see that. We are in a place to make an incredible impact this year.”

“Folks are coming to us and saying, ‘Can we use your messaging to further our own program?’”

In Colorado, PPVC is focusing on three key suburban state-senate districts and one state-house district, where women are widely seen as a swing voter bloc, and are responding favorably to the positions of candidates on women’s health issues, including abortion access, according to Taylor-Nanista.

PPVC canvassers in the Arvada/Westminster district have visited and called hundreds of voters, mailed multiple ads, and pushed pro-choice messages out on multiple digital platforms.

During the last election, former Democratic U.S. Sen. Mark Udall emphasized pro-choice messaging throughout his race against U.S. Sen. Cory Gardner, who narrowly defeated Udall. This year, despite polling in Colorado that shows the popularity of pro-choice messaging, abortion has played a diminished role, both in campaign advertising and debate.