There is one thing that Sean Paige believes categorically and expresses with evangelical zeal: renewable energy is bad.

I ran across this post this morning (10-4-2016), and it immediately raised my BS antenna. Did renewable energy really cause Australia’s blackout?

Well, no. Australia experienced a 50 year weather event with high winds that knocked down twenty transmission towers, and parts of the grid had to be shut down to avoid damage.

Doesn’t matter to Sean Paige or Colorado Senate Republicans. They have a story and they’re sticking to it, even if it has painted them into a corner of fact-free ideological dogma and forced them to fabricate problems that don’t exist in order to sell that fiction to constituents. 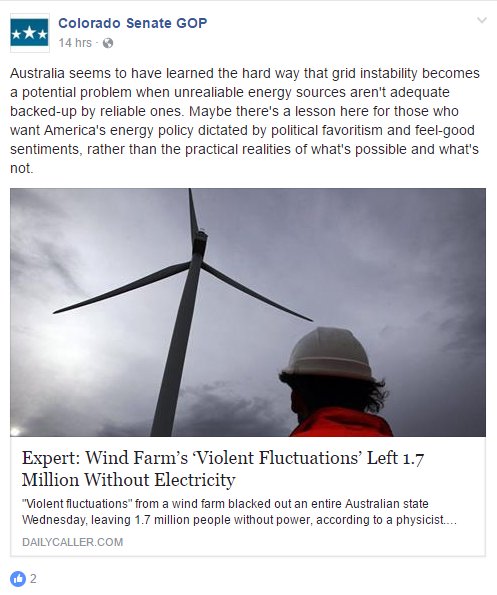