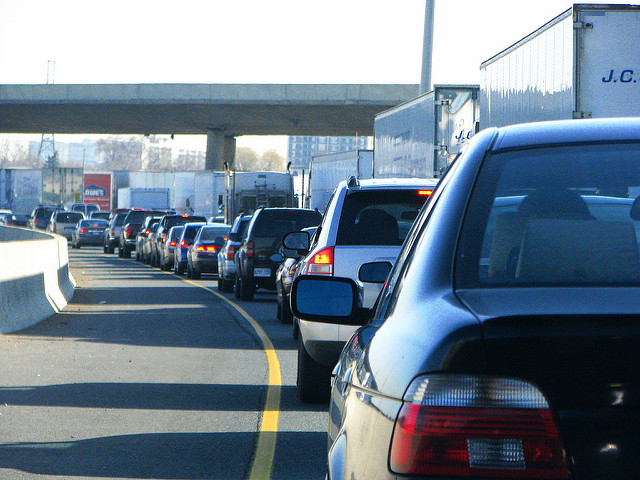 Senator Michael Bennet announced yesterday morning that a federal grant will be provided for a third, albeit tolled, lane on I-25 between Fort Collins and Loveland.

Just two years ago, in a meeting with local business owners, Bennet encouraged local residents to continue fighting for the interstate expansion. He explained, “I think this is time well-spent, but it’s going to take time.”

It looks like the time has finally come and CDOT is optimistic that work on the I-25 express lane could begin as soon as next summer.

The federal grant will add $15 million to the $25 million that has already been gathered by local communities for the project. Colorado Department of Transportation (CDOT) spokesman Jared Thiel told the media that the tolled express lane will add certainty to those traveling on I-25.

This announcement comes just one day after the grand opening of RTD’s B-Line light rail, which travels from Union Station to Westminster. This stop is just the beginning of a promised line that will eventually run from Union Station to Longmont/Boulder. While many are optimistic about the B-Line’s progress, others have complained that completion of the Line will not come soon enough.