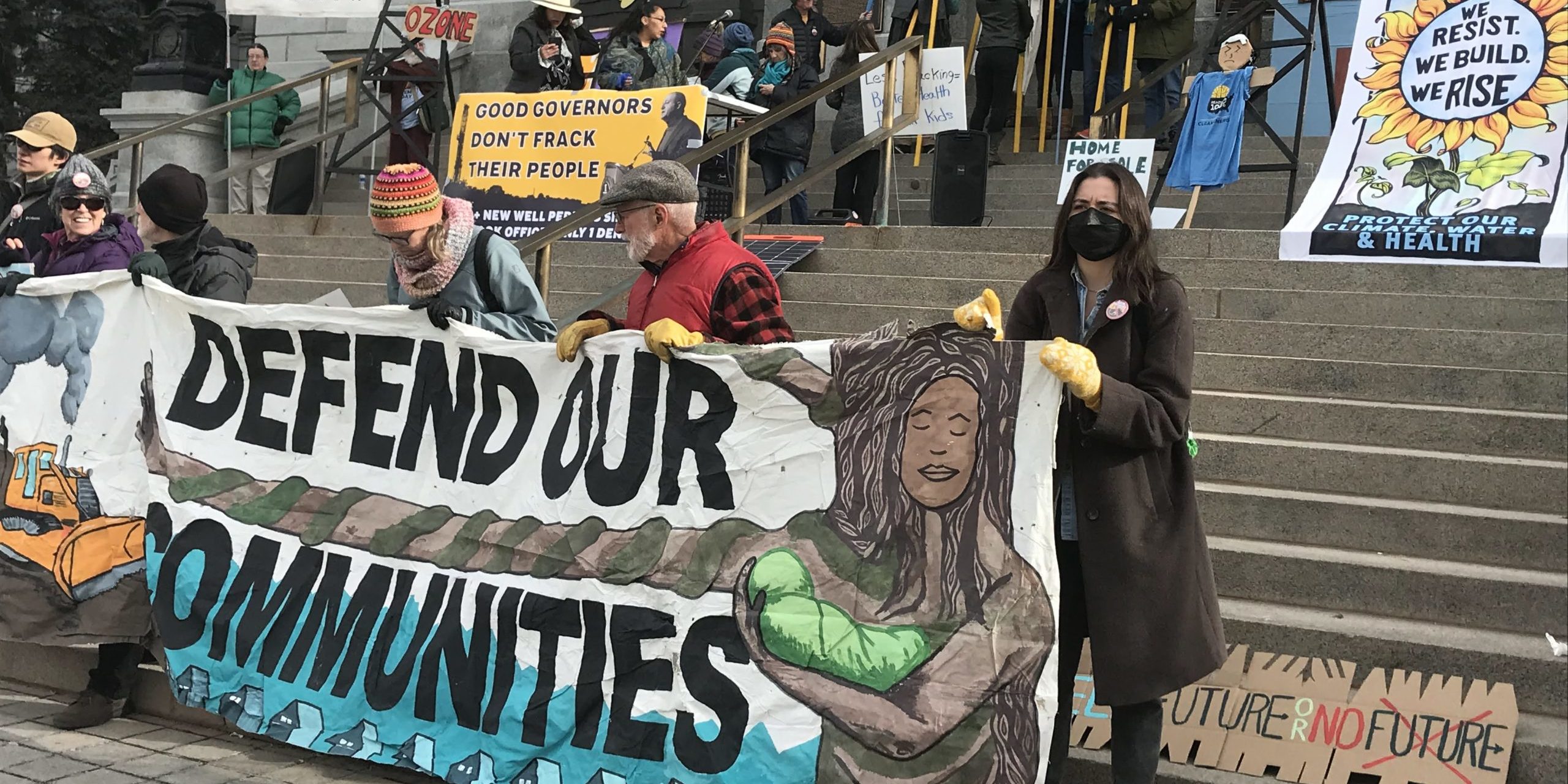 Gov. Jared Polis (D-CO) gave the first State of the State address of his second term Tuesday. During the speech, Polis trumpeted his work on reducing greenhouse gas emissions and explained his goal to end Colorado’s reliance on fossil fuels.

“We have already secured more than 80% renewable energy by 2030,” Polis said. “By the time Colorado is 150 years old, we look forward to having a clear path to 100% renewable energy by 2040. And from there, we will work to make progress toward our statewide climate goals. … we also remain focused on investing in clean transportation, accelerating the use of renewables, reducing oil and gas emissions, and holding polluters accountable.”

In 2019, Polis’ first year in office, he championed a bill that set a goal to reduce statewide greenhouse gas emissions by 26% by 2025, 50% by 2030, and 90% by 2050. Polis plans to reach these goals by making buying electric vehicles and bikes more affordable.

However, environmental groups in Colorado have criticized Polis’ plan for allowing an increase in oil and gas activity in the state, despite estimates from environmental experts that the oil and gas industry is responsible for 70% of Colorado’s greenhouse gas emissions.

Outside of the Capitol where Polis was speaking, community and environmental organizations gathered to criticize the Polis administration for a “failure to adequately protect Coloradans’ health and the environment,” according to a press release.

The groups called for Polis to oppose residential drilling permits and support a complete end to oil and gas permitting by 2030 or sooner.

Among those gathered at the west steps of the Capitol were people holding signs that read, “Frack No,” “Good Governors Don’t Frack Their People,” and, “Defend Our Communities.”

Kate Christensen, a founding member of Together Against Neighborhood Drilling and a local activist in Lafayette, Colorado, said she was extremely concerned with the path the Polis administration has taken in addressing climate change and oil and gas production.

“Our state’s ozone problem continues to get worse causing negative health impacts for Coloradans along the front range, especially children, elderly, and medically vulnerable people,” Christensen said. “The state has also identified that oil and gas activities are the number one cause of ozone precursors like nitrous oxide (NOx) and volatile organic compounds (VOCs). But instead of reigning in fracking to protect the health of Coloradans, our governor is allowing the regulators to continue to permit hundreds of wells in the ozone nonattainment area without any checks on the pollution. The Governor is guaranteeing at least another decade of drilling which means a decade of worsening air quality health and climate impacts. It won’t matter how much we carpool, switch to electric leaf blowers, and buy extra expensive gasoline. We won’t be able to make a positive impact on our air quality unless fracking is addressed. If the fracking of our state continues on this trajectory we will set off a carbon bomb that no amount of electric cars on our roads will be able to fix.”

The state has an agency — the Colorado Oil and Gas Conservation Commission — with a mission to “regulate the development and production of the natural resources of oil and gas in the state of Colorado in a manner that protects public health, safety, welfare, the environment, and wildlife resources,” according to its website.

The agency has denied only one oil and gas development plan since Polis changed its mission in 2019 to prioritize responsibility for the environment and public health. Since then, the agency has approved over 4,500 new wells. Leading climate experts and scientists say oil and gas production needs to have already peaked and needs to decline if we hope to keep global temperature rise below 1.5° C.

Micah Parkin, executive director of 350 Colorado, an environmental group aimed at keeping fossil fuels in the ground, called for Polis to reign in fracking in Colorado

“The oil and gas wars in Colorado are not over. People are still fighting to protect their health, safety – their lives,” Parkin said. “Thousands of fracking wells have been permitted since Polis was elected. It’s time to reign in fracking in Colorado, to phase out new permits for oil and gas extraction, and to support a just transition to a clean renewable energy future.”

Polis’ office did not respond to a request for comment by time of publishing. If a comment is provided this story will be updated to include it.

Editor’s Note: At the request of Conservation Colorado, a quote attributed to their CEO has been removed from this story.