What About People Who Refuse a COVID-19 Vaccine? 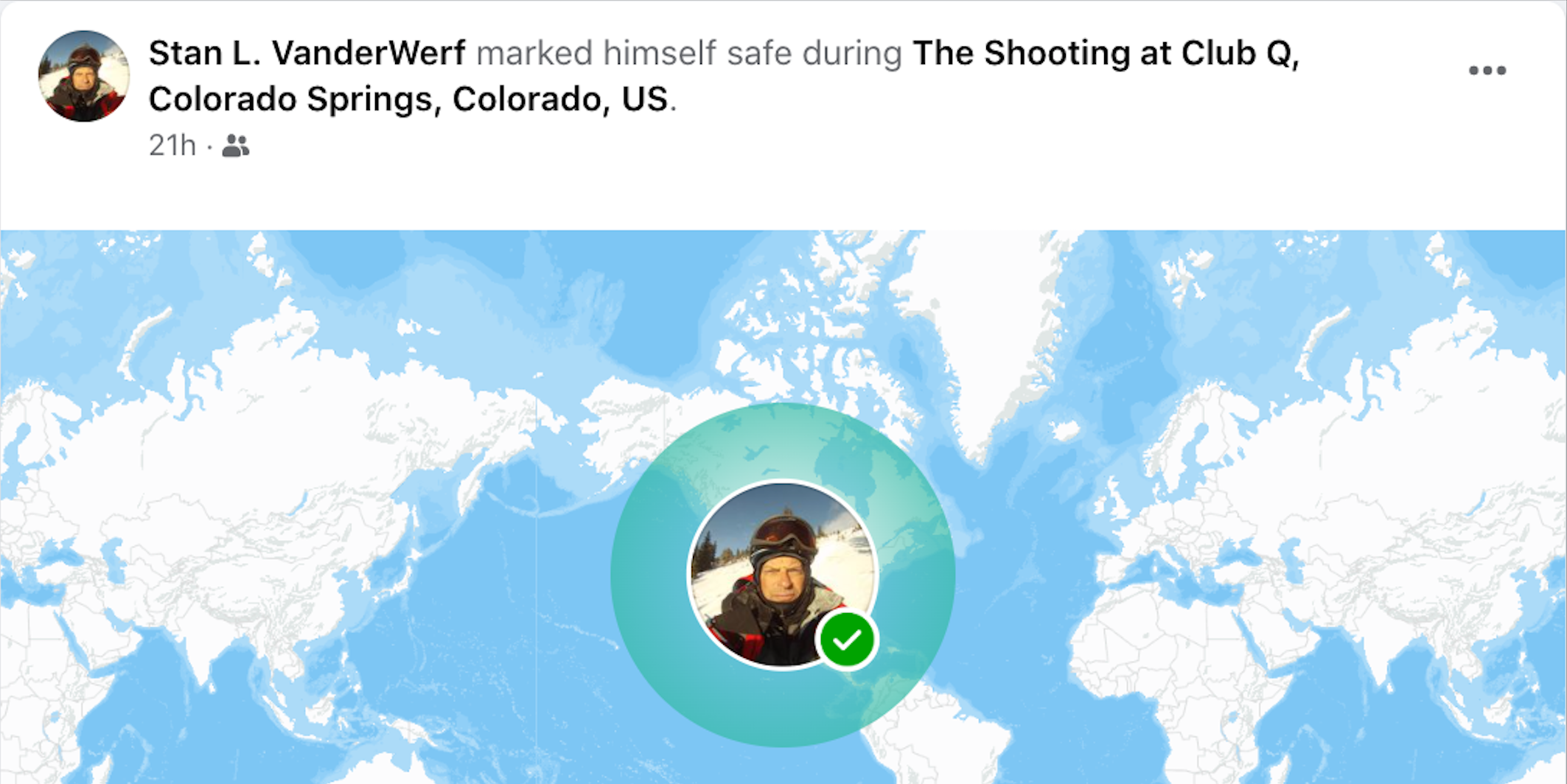 UPDATE: Following publication, Commissioner VanderWerf replied via email. His comments have been added.

Following Saturday night’s mass shooting at an LGBT club in Colorado Springs, a pair of El Paso County Republicans who have publicly opposed the LGBT community nevertheless felt it necessary to mark themselves “Safe from the Club Q Shooting” on social media.

VanderWerf attended at least two anti-LGBT events this year. On Aug. 13 he joined many other El Paso County Republicans at the launch of Eli Bremer’s anti-trans “Nine PAC,” which endorses candidates who sign a pledge to “support Title IX’s protection of women as it was intended when written…and be a champion and advocate for biological women’s rights.”

VanderWerf also was a featured speaker, along with U.S. Reps Lauren Boebert and Doug Lamborn, at Sean Feucht’s “Hold the Line” rally back in May, where the far-right pastor attacked Disney for “trying to pervert our children and…indoctrinate our kids,” before claiming that prayer can “set free” LGBT people.

VanderWerf’s “marked safe” post generated several responses from commenters, the first of which wrote, “Why wouldn’t you be safe lol I hope you wouldn’t go to that shit hole club Q in the first place.”

The commissioner also wrote another post offering prayers for the victims and a desire for justice to be done.

“A sad day in Colorado Springs,” wrote VanderWerf. “My prayers to the victims and their families. Life, liberty, and the pursuit of happiness are unalienable rights, and when those rights are violated, governments act to secure justice. Those investigations are ongoing and I believe justice will be found for the victims, their families, and our entire community. Let us stand together to protect the unalienable rights of every citizen.”

“Shame on you! Are you just trying to sow political division at a time when we should be mourning? I have LGBT friends that live in this community and I marked myself “safe” to illustrate solidarity with them.”

In response to a follow-up email from the Colorado Times Recorder asking again for him to address his attendance at anti-LGBT events, VanderWerf disputed the characterization of the events while repeating anti-trans misinformation and ignoring the anti-LGBT quotes from fellow speakers at Feucht’s Hold the Line rally.

As for the other event, I have no idea what you are talking about. From what I recall LGBT topics were not brought up. I went there to talk about liberal attacks on local government, their intense desire to centralize control, and their insatiable appetite to grow state government and force local government to pay for it. What we call an unfunded mandate.”

As with VanderWerf, at least one commenter asked the famously anti-LGBT pastor why he used the “marked safe” feature.

Klingenschmitt, who has since deleted his post, replied that the shooting took place near his home. He did not reply to an email request for comment. This article will be updated with any response received.