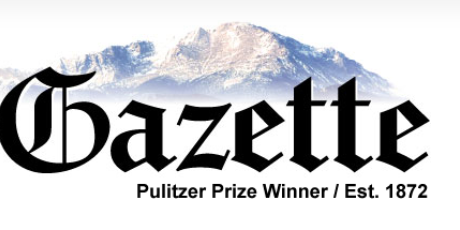 Colorado Republicans are saying they want to improve themselves, and a good way to move forward would be for the state’s top-money Republican, Phil Anschutz, to stifle the Colorado Springs Gazette’s impetuous and extremist editorial board, led by editor Wayne Laugesen.

The Gazette board, and especially Laugesen, are a far-right drag on Republicans who need the opposite.

It’s senseless for Anschutz to underwrite the production of rabid anti-abortion, flame-throwing opinions that play an oversized role in defining the Gazette and its affiliated platforms (Colorado Politics, Denver Gazette), which exist, at least in part, to promote conservativism to blue Colorado.

Thanks to the board and Laugesen, the brand of the Gazette is more along the lines of MAGA Trumpism than anything Colorado wants. While a good chunk of the editorial positions aligns with establishment Republicans, the ones that break through and define the platforms are Trumpist.

For those who follow Laugesen, it was no surprise that he turned up at the Jan. 6 insurrection and immediately commented that the culprits were “probably Antifa.”

Before Laugesen attended the Capitol riot (accompanying his wife and there to observe, he claims), the Colorado Springs Gazette had already — quickly and irresponsibly — raised the possibility of election fraud. A Nov. 12, 2020, editorial cited “allegations in multiple lawsuits” — which were all dismissed.

Laugesen, who never disclosed that his wife worked for Trump, sits on the Gazette editorial board along with Ryan McKibben, Chairman, Christian Anschutz, Vice Chairman, Chris Reen, Publisher, and Pula Davis, Newsroom Operations Director. So he’s not ultimately responsible for the self-defeating extremism that pours from the page.

He claims this board is hands-on, developing and approving editorial opinions together. Laugesen told the Colorado Springs Independent, “I have a hand in all editorials as do my five colleagues on the board.”

If you’ve looked into how most editorial boards work, you know that the editorial page editor makes unilateral decisions on many editorials and checks with the board on major decisions, overall direction, and endorsements. It’s possible the Gazette keeps a tighter leash on Laugesen, but with work pressures, it’s doubtful.

Laugesen, who was once the editor of Soldier of Fortune, the magazine accused by Colorado Congresswoman Patricia Schroeder of recruiting mercenaries, is particularly inspired by abortion, guns, and trolling — none of which will advance the agenda of Republicans in Colorado, possibly in our lifetimes.

As an example of the latter (trolling), the Gazette came out last month with an editorial arguing that Hitler was a socialist. (Colorado Times Recorder columnist David Flomberg destroys the editorial’s “argument” on our news site here.)

Earlier this year, the Gazette cozied up to Colorado’s anti-abortion extremists by publishing falsehoods about a bill, later passed into law, codifying the right to an abortion in Colorado.

“In the latest attack on culture and law, 59 Democrats — with no Republican sponsors — may legalize the killing of newborns,” the editorial falsely stated. “The right to kill birthed children is cleverly hidden in House Bill 22-1279, titled the “Reproductive Health Equity Act.”

The paper gushed over U.S. Rep. Lauren Boebert (R-CO) in 2020 and 2022. In 2020, the Gazette opined, “In addition to movie star looks, she exudes passion for freedom, capitalism, and the United States that makes the socialist, anti-America sentiment of AOC + three look gloomy and sad.”

The Gazette’s endorsement of Boebert over moderate GOP lawmaker Don Coram was titled, “Boebert Exhibits Traits of Legacy Leadership.” It called Boebert “mildly bombastic” and stated, “Boebert relates to average, hard-working Coloradans like no one we have seen. Boebert’s newest campaign ad features her winning a recent demolition derby in a pink sedan emblazoned with ‘1776.’”

The newspaper claimed in 2018 that news outlets were biased in reporting Walker Stapleton’s family ties to the KKK. Polis has deeper ties, the Gazette explained, because the Democratic Party was once racist and Polis is a Democrat. Laugesen tried to walk back the opinion.

If Anschutz loves to waste his money on the Gazette and set his Republican allies back in the process, then he should let Laugesen and the editorial board build a reputation for offensive conservative thought. If not, if he wants to push the Colorado Republican Party toward viability, now is a good time to rein in the Gazette’s editorial page.