The Shomer: Why Gina Carano’s Career Died On That Hill

Why Are Republicans Speaking At The ‘Democrats For Life’ Conference? 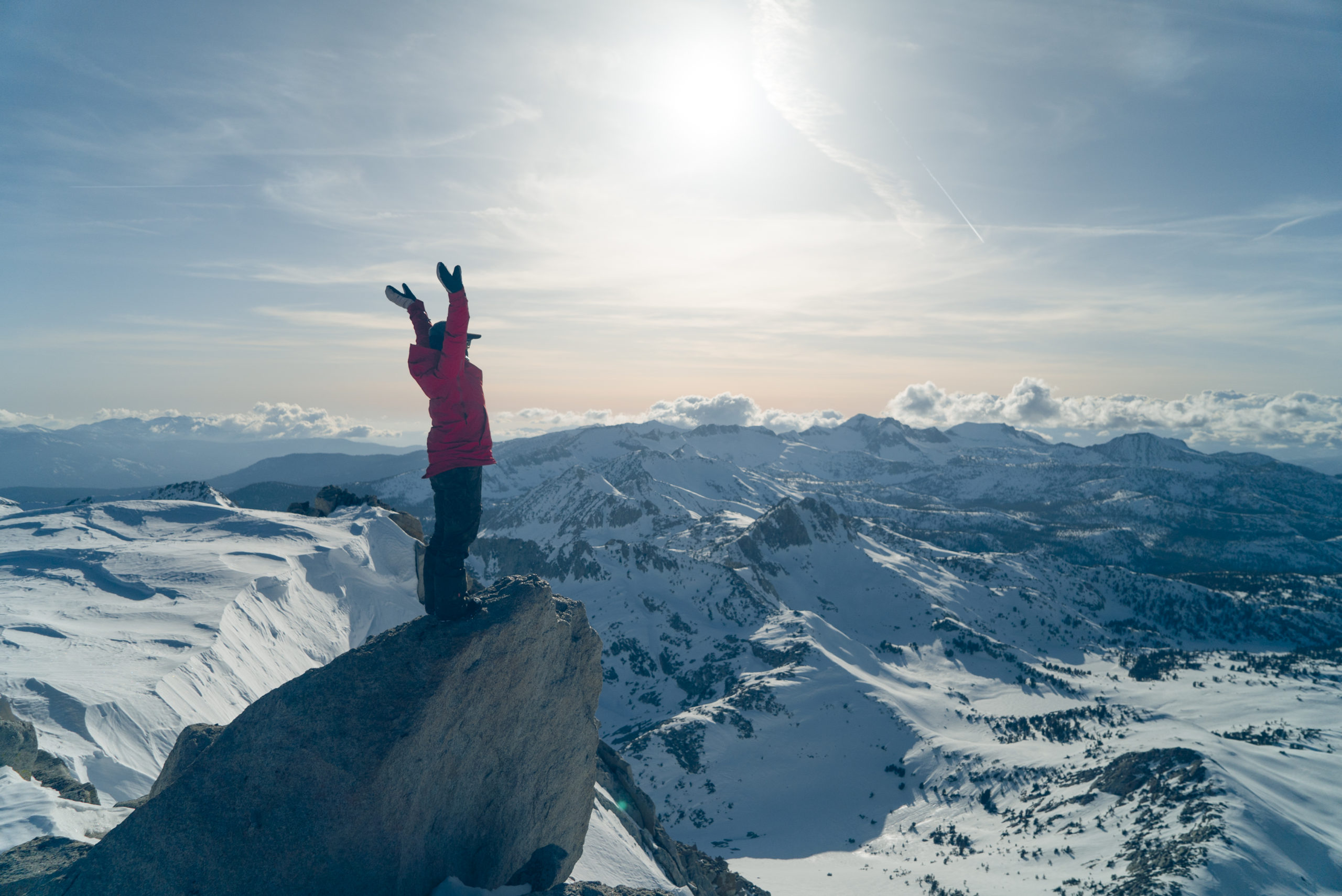 Professional snowboarder and climate activist Jeremy Jones is happy to talk about riding deep snow in the latest Teton Gravity Research film “Magic Hour” (Boulder Theater tonight at 8:30 p.m.), but it’s very easy to get him off describing perfect powder runs in the Tetons and onto the less-than-perfect Inflation Reduction Act.

First the film – TGR’s latest edition of early-season cinematic stoke. View the trailer here; buy tickets for the Boulder show here (doors open at 6 p.m.); and search for other showings around Colorado and the country here.

“I am in Teton National Park [in the movie],” Jones told the Colorado Times Recorder by phone from his home in Truckee, Calif. “I am by no means a star of the film, but I will say that section of the film that stars Jimmy Ryan and Nathaniel Murphy, from a foot-powered perspective, I consider it groundbreaking in terms of just being able to document the high peaks of the Tetons in the manner in which TGR did.”

Asked about skinning up and riding down incredibly exposed lines in the iconic Wyoming mountain range named by French fur trappers, the 47-year-old Jones, who’s been fighting for climate change awareness and policy change longer than he’s owned his namesake Jones Snowboards company, still sounds a bit in awe.

“It was a feat unto itself, and then to get these lines in like primo conditions and see these guys skiing and snowboarding these technical, exposed lines that traditionally are kind of hop turns, kind of Etch A Sketch down, and they’re just like railing big open turns and pow …” Jones said. “We end up riding Mount Moran at sunrise in deep pow, which was really special. It was magical [laughing at the film title tie-in]. We drop in at like orange light as the sun is cresting to like double overhead pow turns. So yes, we lived up to the name on that one.”

If recent snowfall on Colorado’s high peaks, locking in season ski passes, heading off to gear swaps, and talk of a third-straight La Niña season hopefully, finally delivering a big snow season hasn’t been enough to get your blood pumping, then Jones says TGR’s “Magic Hour” will surely do the trick.

But for the founder of Protect Our Winters, a nonprofit with more than 130,000 members worldwide – including some of the biggest names in the snow sports world – the thing that gets his blood pumping is Congress finally doing something on climate with the $374 billion in spending in the IRA that some experts estimate will result in more than $800 billion in climate-mitigation investment overall.

Jones founded POW in 2007 – the year before launching Jones Snowboards – and so to finally see something being done after 15 years is both exhilarating and frustrating in that it took so long. All that climate spending, experts predict, will cut climate pollution by 40% below 2005 levels by 2030.

“At POW … we’re really embracing this progress over perfection,” Jones said. “We call it the BFD Bill – big fucking deal. It’s not perfect, but it’s progress. And we haven’t been able to say the words like “definitive progress,” from a climate front, for the 15 years I’ve been dug in on it.”

Youth enthusiasm for climate policy progress, and the growing power of what Jones calls the “Outdoor State” lobbying coalition, needs to now carry over into the midterm election next month, Jones says.

“I’m in the weeds on this. As we roll into this midterm election, this is kind of like the playoffs for me, and for POW, and so at Protect Our Winters, we want to unify the Outdoor State around climate action and send this clear message of, ‘We want candidates who support climate policy,’” Jones said. “Because, as I said earlier, we’re not getting there without policy giving this tailwind to this transition.”

Jones said climate policy, transitioning to renewable energy, moving the transportation sector toward electrification, all should be a massive, urgent and totally bipartisan push.

“The reality is the Outdoor State is politically very diverse, and I don’t say that in a negative way, but it’s like roughly 40% Democratic, 30% Republican, 30% Independent,” Jones said. “And so our duty is to explain that we should, just for the next election or two, turn the Outdoor State into single-issue voters and say, ‘Look, if you’re not a climate champion, you can’t get elected by the Outdoor State because collectively it’s a bigger voter block than the NRA, pharmaceuticals and the extraction industry. But because we are divided, we carry zero weight.”

Coming together can flip the switch on where even staunch oil-and-gas-backed Republicans stand on climate, because the outdoor industry supports 7.6 million jobs and $887 billion in economic activity every year, POW contends.

“There’s not a politician in D.C. that is afraid of taking a vote against what everyone in the Outdoor State agrees on, which is clean air, clean water, and a healthy planet,” said Jones, who was named a “Champion of Change” by President Barack Obama in 2013. “I have Republican friends, and I love talking to them [about climate policy], quite frankly, but I continue to get that person who’s like, ‘Love what you do.’ They’ve got their POW sticker on their skis and they’re like, ‘But there’s no way in hell I was voting for [President Joe] Biden. So I’m like, ‘Dude, you can’t love all this stuff and then go and vote for climate deniers.’”

But yelling at people for doing the wrong thing, or profiling someone driving a huge, diesel-spewing pickup truck, is the wrong way to go, Jones says. And POW has a great answer for those who try to shame snow-sports athletes for jetting off to Alaska to fly helicopters to the top of the Chugach Mountains while the glaciers at their base are receding due to carbon emissions causing manmade climate change.

In a 2019 interview in Vail with RealVail.com, POW Executive Director Mario Molina said athletes should not be afraid of that hypocrisy argument and potential blowback for speaking out on climate issues. Molina pointed out that the average American produces between 22 to 24 tons of carbon a year, which is a hell of a lot more than the average person living in the Guatemalan mountains where he’s from.

But he said the biggest polluting companies on the globe are responsible for hundreds upon hundreds of millions of tons of a carbon a year, and they’re the ones who need to change. “There are 15 to 25 companies that account for 85 percent of all the greenhouse gas emissions going into the atmosphere every year,” Molina said at the time. “Rossignol, Jones Snowboards, Burton … are not one of those 15 to 25 companies. And so, yes, we should all live the best lifestyles that we can, we should all lead by example, but we are not the main problem.”

Jones added that one of the biggest things people can do is demand climate action from politicians across the political spectrum, starting by voting climate-first on Nov. 8.