How YOU Can Enforce Colorado’s New Campaign Finance Rules: Secretary of State Says It’s Not His Job to Decide if Republican Candidate for Governor Broke Colorado Law 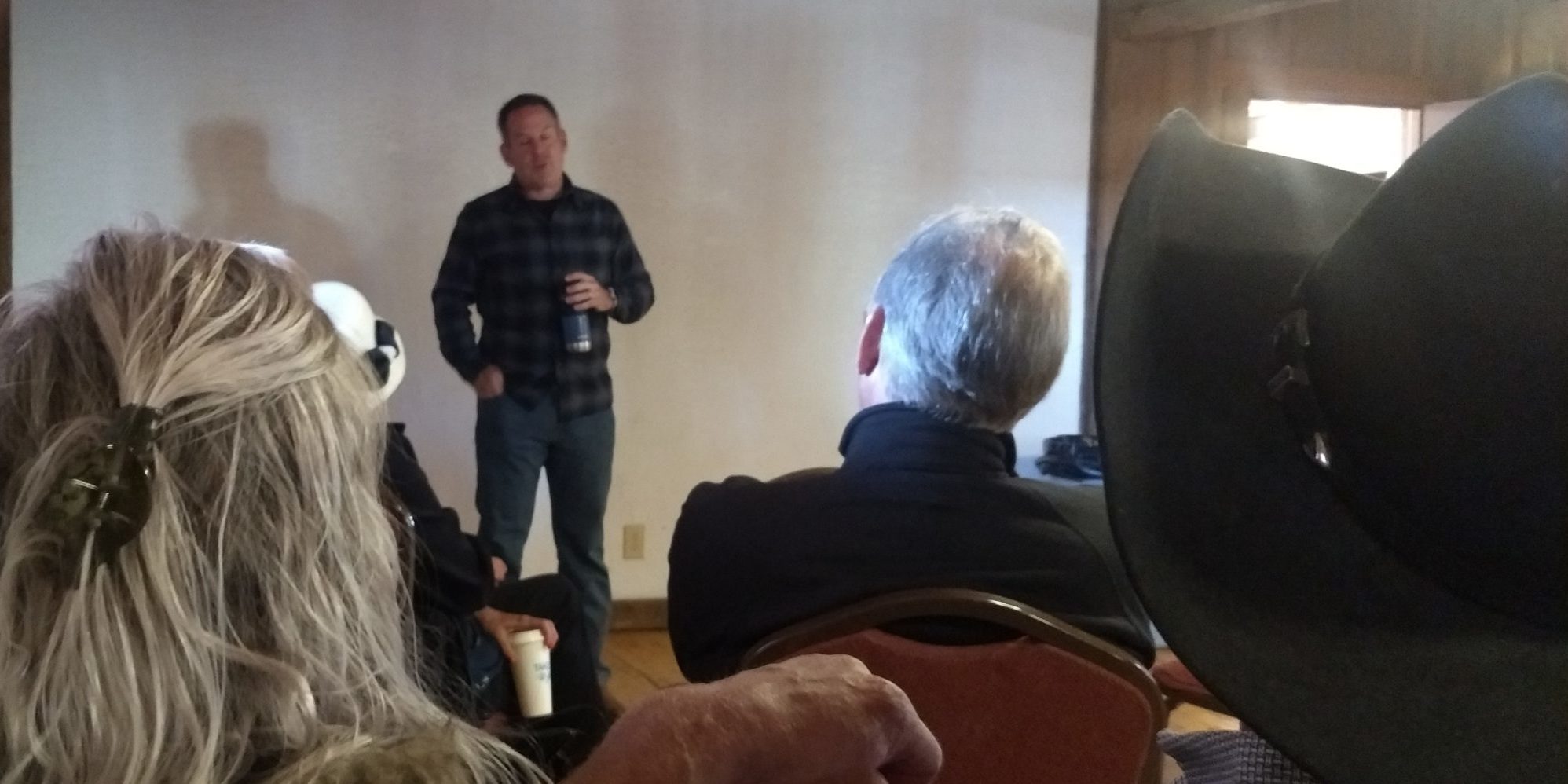 Adam Frisch, Aspen businessman and the Democratic candidate challenging U.S. Rep. Lauren Boebert, visited with a couple dozen supporters Saturday morning at the Luttrell Barn, the meeting center in Craig, a remote stop in a string of town hall meetings in the district he hopes to represent.

Frisch racked up 10,000 miles in his primary campaign to get the nomination, he said, and has traveled at least another 10,000 miles since mid-October, touring this Mississippi-sized district that covers parts of western and southern Colorado.

A numbers guy (He has an economics degree from the University of Colorado.), Frisch looked at the demographics of the district, and Boebert’s 2020 race, and figured she could be beaten. After all, Boebert only got 51% of the vote and failed to win her hometown or county, Frisch said.

That early faith in the numbers seems to be paying off. A recent poll by Keating Research shows Boebert with 47 percent of the vote and Frisch with 45 percent – within the margin of error — meaning the race is a statistical tie.

Frisch said he is striving to build a coalition of independent voters, Republicans, and Democrats who will send him to Congress where he’ll seek bipartisanship wherever he can find or grow it. He described himself as a pro-business, pro-energy, moderate-to-conservative Democrat who seeks a middle ground between far-left Democrats and far-right Republicans. He dubbed that middle ground as where rural America “can get stuff done.” He said he’s had good talks with former Republican Congressman Scott Tipton, who served the Western Slope for 10 years.

Lack of trust based on extreme partisanship, from the left and right, not to mention the time spent raising money for the next election, prevents most politicians from getting to know each other, he said.

“The rural congressional districts in Wyoming, Utah, Colorado, New Mexico, and Nebraska have a lot in common, whether their representative is Republican or Democratic. I want to bring those sides together,” he said.

On energy issues, Frisch said he’s “all of the above” when dealing with climate change and an energy mix that will keep the economy and families going. He told his audience that he has serious doubts whether legislators in Denver or Washington, D.C., are fully weighing the consequences or doing the math that results from decisions about energy.

On immigration, Frisch said it is possible to control the borders and treat immigrants humanely. “Anyone who travels here by foot, for a thousand miles,” he said, “you know they’re going to have a good work ethic.” Demographically, America needs more young people to do the work and fill job vacancies. He praised a bi-partisan proposal worked out by the late Sen. John McCain (R-AZ), which put illegal immigrants at the back of the line but gave them a clear shot at eventual citizenship.

In closing, Frisch said voters in the district should keep an eye out for ballots arriving in the mail.

Brodie Farquhar is misplaced Scot based in Hayden, Colorado. He is an award-winning journalist with 21 national, regional and state press associations, from Colorado, Arizona, Kansas, Washington and Wyoming.