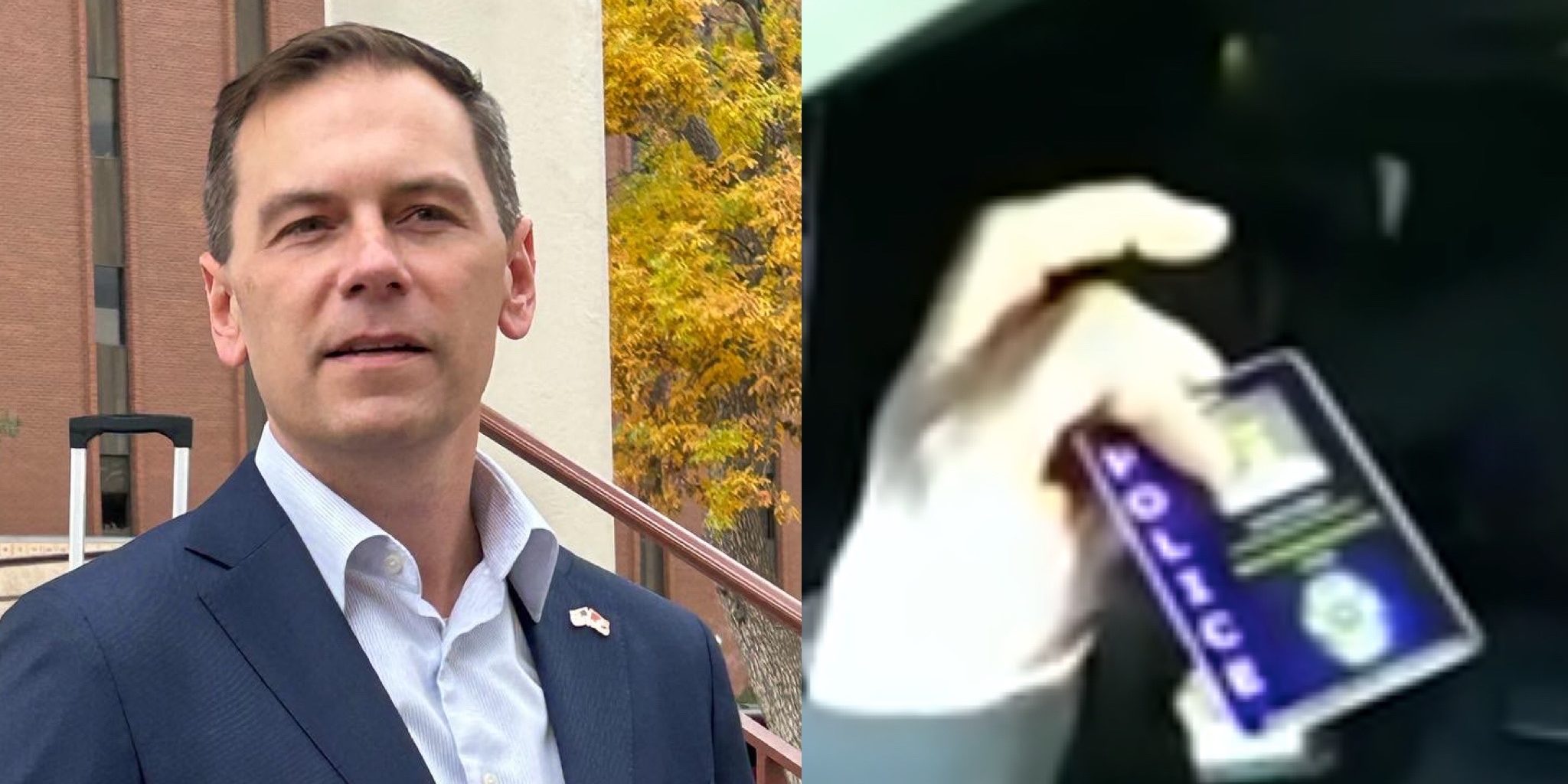 “When it comes to criminal justice policy, [Weiser] has been absent without leave,” said Colorado Springs Mayor John Suthers during an Oct. 16 event where he gave his “unqualified endorsement” to Kellner. “We need a change and change is within our grasp. The citizens of Colorado can change this dynamic by electing John Kellner as the next attorney general of Colorado in just a couple of weeks. John is an accomplished prosecutor. He’s the district attorney in the 18th Judicial District, the largest judicial district, population-wise, in the state of Colorado. He’s a veteran prosecutor. He’s earned a hardened reputation as a fair, but zealous, prosecutor. He understands criminal justice policy.”

Luke Cranor says Kellner’s 18th Judicial District failed to prosecute a February 26 road rage incident where a woman intentionally rammed his vehicle, which contained his wife and children, and then fled the scene of the accident.

Cranor described the incident in detail during an Oct. 15 appearance on the Craig Silverman Show and provided video evidence of the incident to the Colorado Times Recorder. Cranor, against the advice of 911 dispatchers, followed the woman, whom Cranor has declined to identify, until he was stopped by the Douglas County Sheriff’s Office. Bodycam footage of the interaction shows the woman flashing a police identification badge. She tells the deputy that Cranor backed into her at the stop light, which Cranor says is a lie. According to Cranor, the woman was cited that night.

“She got — I think it was 26 points worth of tickets,” he says. “Then they change the charges from traffic violations to misdemeanor crimes like I think one was reckless driving and then the other one was criminal mischief.”

As a result of the incident, Parker Police launched an internal affairs (IA) investigation. The IA report described the incident as, “Off-duty volunteer victim advocate was involved in a Hit and Run accident. Incident was investigated by DCSO and volunteer provided Parker Police ID badge.”

According to the Parker Police Department, “This incident was found to be sustained. Incident occurred while volunteer was on personally requested leave and resigned her position before returning and as part of this investigation.”

Once the case got to the 18th Judicial District, the charges were dismissed, and the case sealed. Cranor claims the woman’s connection to Parker Police Department played a role in the decision. “I’d like to know the reason for letting it go,” he says. “I mean, all the evidence is there.”

Kellner denies her association with law enforcement had any bearing on the decision.

According to an emailed response from Kellner, through the 18th Judicial District’s public information officer, “Our office dismisses a case when we believe we have no reasonable likelihood of proving the case beyond a reasonable doubt to a jury, which is a different and much higher burden of proof than the probable cause standard required to issue a summons. Once a case has been sealed, our office is limited in the information that we can release. Therefore, we are not able to comment on any disagreement we have about what the evidence would have shown in court. We understand that Mr. Cranor views this case differently than we do, and we respect his right to disagree with our decision. That decision was based solely on the evidence available, and that decision was discussed with Mr. Cranor by the victim advocate, the assigned case prosecutor, a supervising Senior Deputy District Attorney, and a Chief Deputy District Attorney to ensure he had the opportunity to have his concerns addressed.”

Cranor isn’t the only one with concerns about law enforcement practices within the 18th Judicial District. Robert Marshall, the Democratic candidate for House District 43, claims there is a pattern of political favoritism within Douglas County’s law enforcement apparatus.

Most recently, Marshall has attempted to draw attention to the Highland Ranch Republicans’ practice of holding meetings at a Douglas County Sheriff’s Substation. The substation, at 9250 Zotos Drive in Highlands Ranch, is also a ballot drop box location.

According to Colorado law, “No person shall do any electioneering on the day of any election, or during the time when voting is permitted for any election, within any polling location or in any public street or room or in any public manner within one hundred feet of any building in which a polling location is located, as publicly posted by the designated election official. As used in this section, the term ‘electioneering’ includes:

(C) Soliciting signatures for a candidate petition, a recall petition, or a petition to place a ballot issue or ballot question on a subsequent ballot.”

Marshall attempted to attend a June 23 Highlands Ranch GOP event, five days before the primary election, at the substation, which was within 100 feet of the ballot drop box. Attending the event, according to an affidavit signed by Marshall, were all three Douglas County Commissioners and Rep. Kurt Huffman (R-Highlands Ranch).

According to a redacted copy of the Douglas County Sheriff’s Substation standard operating procedure, provided by Marshall, “The Community Room is located just inside the main entrance of the substation. Use of this room is scheduled by contacting the Highlands Ranch Substation main office number at 303-784-7800. When a Sheriff’s Office or county function is being held in the Community Room after normal business hours, there must be a Douglas County employee present who will be responsible for the security of the lobby area. The unlocking of the inner door during these events will be pre-programmed by county staff. The Community Room is only open for use by Douglas County employees for county business or community meetings involving official county business.”

In response to concerns of electioneering, Heyden notes, “The room is over 100 feet from the ballot box.”

After the Colorado Times Recorder sent a request for comment to the Douglas County Sheriff’s Office, the Highlands Ranch GOP Facebook event changed the location to the Southridge Recreation Center and removed Buck as the speaker, instead featuring Campfire Colorado’s Matt Connelly.

A spokesperson from the Colorado Secretary of State’s Office confirmed they are investigating Marshall’s complaint, and declined to comment on the active investigation.