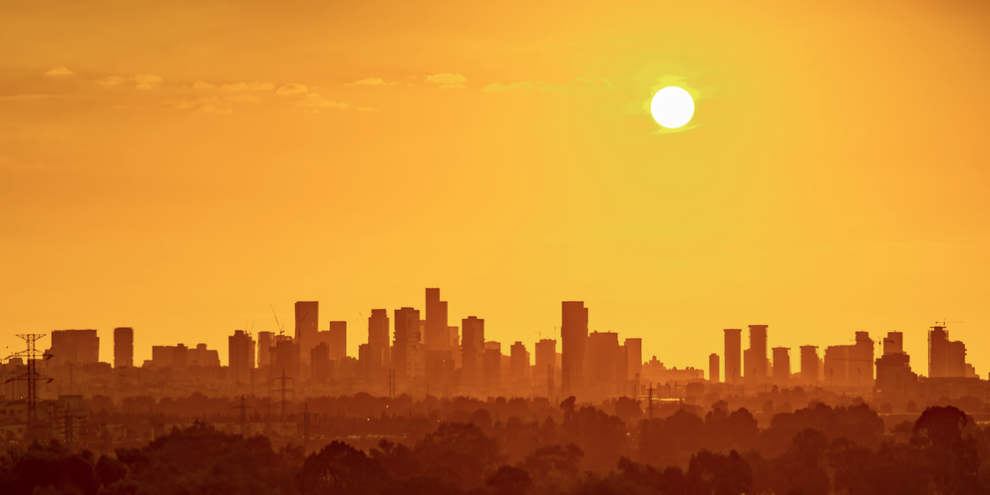 The heat. It’s never been hotter in our lifetimes.

This past spring the mercury hit nearly 124 degrees Fahrenheit in the Pakistani city of Jacobabad — “just below the conventional estimate for the threshold of human survival,” notes science writer David Wallace-Wells.

Stories like these might well be focusing people’s attention on climate change. But what’s getting less coverage is how these temperatures are connected to inequality.

The inequality of modern America doesn’t just determine who suffers the most from all the heat. Inequality is actually driving the mercury higher, as new research from New York details.

A block-by-block heat assessment — the first ever — found that temperatures in the city’s low-income South Bronx run 8 degrees higher than in the high-income neighborhoods of Manhattan’s Upper West and East Sides.

How does economic inequality generate temperature differentials? At a most basic level, the rich and powerful use their wealth and power to shunt the most undesirable aspects of modern life onto poor neighborhoods.

Five major highways — the notorious Cross Bronx Expressway among them — cut through and encircle the South Bronx. These high-traffic corridors spew contaminants into the air and deny South Bronx residents access to heat-relieving green and “blue” — public waterfront — spaces.

In the South Bronx, these spaces barely even exist. The area has about only one park for every 60,000 residents.

In New York’s most affluent neighborhoods, streets themselves can actually become park-like when they sport plenty of tree cover. The vast majority of the South Bronx has no tree cover, and that absence — coupled with asphalt everywhere — nurtures heat pockets that compound air pollution. And the South Bronx’s old housing stock leaves residents few escapes from all this bad air and heat.

One result: The Bronx overall commands just 17 percent of New York City’s population but 95 percent of the city’s hospitalizations for asthma.

Community activists in the advocacy group South Bronx Unite are working to overturn these deadly social and environmental dynamics. They’ve proposed a plan “to provide 100,000+ people access to a public waterfront that, for decades, has been inaccessible.”

Activists are also working to offset the incredible environmental damage that comes from the heavy daily traffic on the Cross Bronx Expressway, where the rumblings of 300 diesel trucks every hour are fouling the air and leaving the South Bronx ever hotter.

They’re pushing for an ambitious project that “would add a deck on top of below-grade sections of the Cross Bronx Expressway, with filtered vents to scrub exhaust,” according to Columbia University’s public health school.

Atop the deck, under the project plan, would be a green park — a project akin to others in cities like Boston, Dallas, and Seattle.

Building out such an effort, analysts believe, would cost $750 million. Too ambitious? Maybe not. New York City, Forbes reported this past spring, now boasts more billionaires “than any other city on the planet.”

The city’s 107 billionaire residents have a combined net worth of $640 billion. A 1-percent annual wealth tax on that combined fortune would raise over eight times the cost of the proposed cap-the-Cross-Bronx-Expressway project in just one year.

If rising inequality can drive climate change, then closing those gaps can help reverse it — in New York and anywhere else.

Sam Pizzigati co-edits Inequality.org at the Institute for Policy Studies. His latest books include The Case for a Maximum Wage and The Rich Don’t Always Win. This op-ed was adapted from Inequality.org and distributed by OtherWords.org.