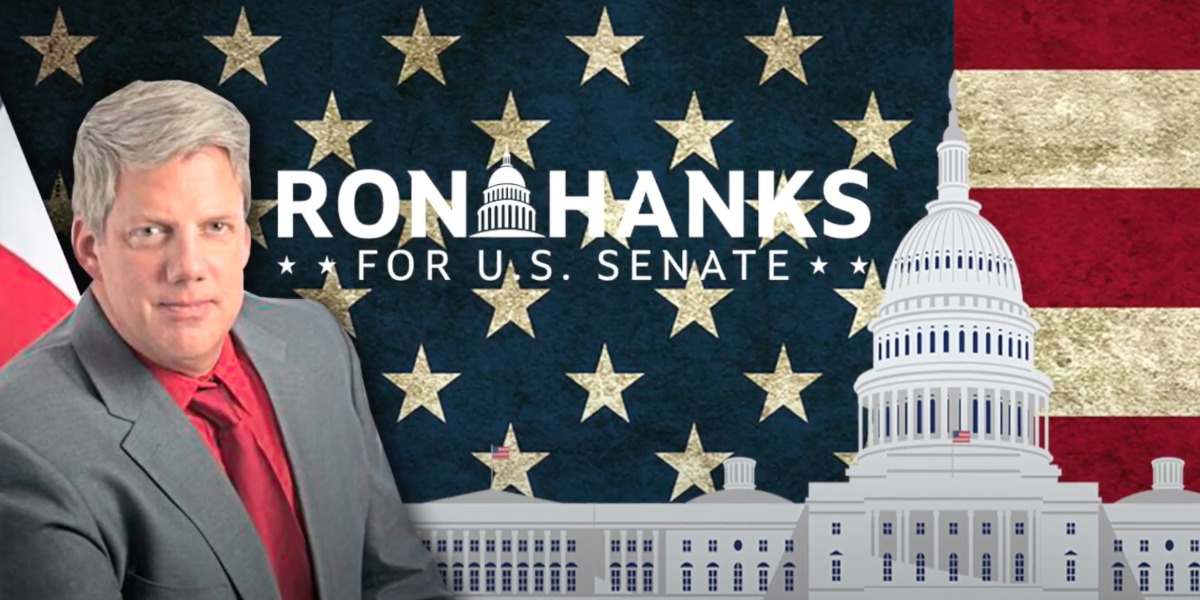 The Denver Post, CPR and other sources have already reported that this statement is untrue, noting that the Colorado Republican Party does not endorse candidates in primary races and that O’Dea’s campaign has filed an FEC complaint over the ads, whose sponsors remain anonymous.

According to Colorado Politics, the state GOP is reportedly planning to pursue legal action as well, with Chairwoman Kristi Burton Brown saying the mailers were “verifiably false and malicious.”

Yet in a June 17 radio interview with conservative radio host and attorney Dan Caplis, Hanks stopped short of disavowing the statement that he had been endorsed by the Colorado GOP, even when directly questioned on the matter.

“There’s nothing inaccurate in the positions that [the ad’s sponsors] have given to me and to my opponent,” Hanks told Caplis. “I think these people that did this, yeah, they should have put the information on the card as required by the FEC. But as far as the First Amendment, they’ve said nothing that I am obliged to call a lie. They’ve been actually quite accurate.”

Caplis, Burton Brown, and other conservatives have claimed, without definitive proof, that Democrats had paid for the ads. Small logos on the ads revealed they came from an Iowa printing company that has worked with numerous Democratic campaigns, according to the Denver Post, but the company has declined to comment on who paid for the ads.

“But their statement – the Democrats’ statement that you are endorsed by the Colorado Republican Party – is a lie, correct?” Caplis asked Hanks. “We can agree on that.”

Hanks sidestepped Caplis’ question with a vague, noncommittal response, pointing out he had gotten onto the ballot through the assembly process while O’Dea had not.

“I went through the caucus and assembly process. My opponent did not. He has never been under the scrutiny of the voters, and he avoided the caucus and assembly,” Hanks said to Caplis. “The fact is, I cleared five other candidates – several of them very good candidates – I cleared them off the ballot at the assembly. That could very well be what these flyers are alluding to.”

Caplis refused to back down, continuing to reiterate his question several more times throughout the interview.

“I’m just asking you, as someone running for the U.S. Senate: Do you believe, are you telling our listeners, that you in fact have been ‘endorsed’ by the Colorado Republican Party?”

Although Hanks didn’t explicitly say he agreed with this statement, he told Caplis he was “certainly endorsed by the voters” at the state assembly.

“I would recommend that you talk to the people that put this flyer out,” Hanks said to Caplis. “But again, the point is, there are no inaccuracies in their depiction of the positions I hold and my opponent holds.”

Caplis, audibly frustrated, suggested at one point it would be a test of Hanks’ character for him to admit that the statement about him being “endorsed” by the Colorado Republican Party was untrue.

“The Democrats are clearly lying, … and I think it is a character test as to whether you’re going to acknowledge that that’s a lie, that’s a false statement, and then move on to other issues,” Caplis said.

Hanks continued to deflect, responding this time by suggesting the meaning of the ads’ message was open to subjective interpretation.

“Well, I think what you probably ought to do is ask those that printed that what they mean. I certainly can interpret it to indicate that I’m the only one who has faced the voters,” Hanks said on air. “My opponent has avoided the Colorado Republican voters by petitioning [onto the ballot]. But how other people interpret things is obviously their right, and just a matter of human nature.”

Despite Caplis’ questioning, Hanks did not articulate a clear position in the radio interview as to whether, in fact, he believes the Colorado GOP has endorsed him.

He has not yet responded to a request for comment.

Hanks, who assumed office in 2021, is a known election conspiracist and QAnon supporter who was present at the Jan. 6 riot at the U.S. Capitol. According to the Colorado Sun, he has also refused to say whether he’ll accept the results of Tuesday’s primary should he lose.