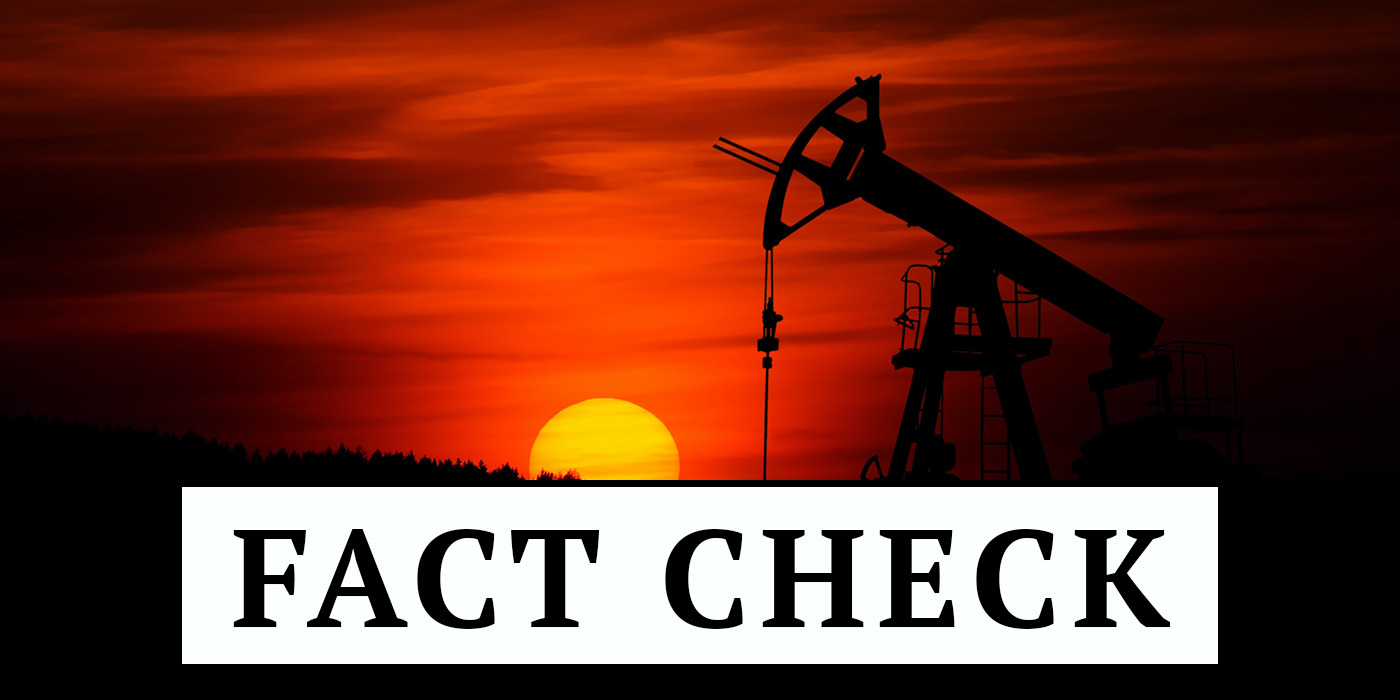 Earlier this week the average cost for a gallon of gas surpassed $5 for the first time in the U.S.  and statements from oil and gas industry spokespeople and Republican politicians blamed environmental regulations for the spike in prices.

However, a closer look at the facts reveals these arguments leave out the most significant factor driving the increase, which is the decisions of the oil-and-gas companies themselves to maximize profit instead of drilling for more oil and gas.

And when oil-and-gas boosters propose solving the crisis by stepping up public investment in oil-and-gas infrastructure and relaxing environmental regulations, global warming and its costs are not mentioned.

“We have some of the cleanest energy on the planet right here in Colorado that we could be producing,” Ganahl said. “But Jared Polis and the Democrats have shut down our oil and gas industry here.”

While speaking to George Brauchler yesterday on his KNUS radio show, Republican candidate for Colorado’s new 8th Congressional District Jan Kulmann echoed these statements. Kulmann is the mayor of Thornton and an oil and gas engineer.

These arguments ignore the factors of Russia’s invasion of Ukraine and the subsequent sanctions on Russian economic activity, the record inflation rates in the U.S., and supply chain issues caused in part by the ongoing COVID-19 pandemic.

In reality, Colorado producers hold more than 1,400 active drilling permits, but will not increase production in 2022 due to investor demands and supply chain issues, not due to federal or state policy, according to a Colorado School of Mines report published last week.

In March, multiple large operators in Colorado assured Wall Street investors they would use high oil prices to increase dividends and stock buybacks instead of expanding production.

The quotes from O’Dea and Ganahl also paint Colorado as a restrictive state regarding oil and gas production. In fact, since Polis took office in 2018, Colorado has approved 4,605 oil and gas form 2 permits to drill and denied just one. WHAT’S FORM 2?

And despite having some of the most progressive environmental regulations on oil and gas activities in the country, Colorado is still the fifth-largest crude oil-producing state and the seventh-largest natural gas-producing state in the U.S.

Even though these rules are in place, environmental advocacy groups worry that the regulations — which include fining oil and gas polluters and keeping drilling sites away from schools — might not be adequately enforced and are still lenient to oil and gas producers.

“I wish the oil and gas industry and some politicians were correct,” Christensen said. “I wish that our government’s policies were reigning in oil and gas companies so much that they reduced production and we quit burning so many fossil fuels. For our planet to survive we need to phase out fossil fuel production as quickly as possible. That’s the science. But that is not what is actually happening, no matter what the industry wants to pretend. When CEOs and shareholders have to take pay cuts rather than get massive bonuses — that’s when I’ll believe any regulation could possibly be impacting the industry.”

In an appearance last week on the Dan Caplis Show, Dan Haley, president of the Colorado Oil and Gas Association, the political and regulatory voice for the oil and natural gas industry in Colorado, said environmental regulations have a “chilling effect” on investors. Haley explained that convincing investors to back an increase in oil and gas production is difficult when prominent politicians like Joe Biden do not support the oil and gas industry.

It should be reiterated that oil and gas companies themselves have told investors that they are prioritizing shareholder returns over increasing production or lowering gas prices.

Also, studies from retail gas price experts have found that increasing U.S. oil production might not lower gas prices and that government has little power to lower retail gas prices, other than releasing strategic petroleum reserves.

Yesterday, Joe Biden wrote a letter addressed to seven major oil and gas producers asking them to increase their U.S. refinery output. Biden also emphasized the huge profits companies are making during the gas price surge, which is affecting low-income Americans the hardest

During his radio appearance, Haley said that more public support for the oil and gas industry from lawmakers would allow for more investment into oil and gas infrastructure, and then eventually lower gas prices.

“My point is, if the Biden administration, the state of Colorado, were to say, ‘This industry is vital to national security, vital to our economy, vital to our well-being. We’re going to invest in it. We’re going to approve permits. We’re going to build infrastructure.’ You would see prices come down,” Haley said. “You would see investment follow. You would see markets react to that. And over time, prices would come down as we produce more. But there’s no easy fix here. That takes months, if not years, in order to get production to a level that’s going to bring this price down. But I got to tell you, that’s quicker than the plan to put millions of people in an $80,000 electric vehicle.”

Current oil and gas production is a significant contributor to global warming due to carbon and methane emissions.

Environmental activists across the country have used the current retail gas price surge as an example of the limitations that are inherently part of non-renewable energy sources like oil and gas.

The energy crisis is a global issue that’s not easily solved without comprehensive, systemic action. Politicians have reacted to this crisis by calling for increases in oil and gas production, which would wreak havoc on the Earth’s climate in the short and long term, according to a study from Climate Action Tracker.

“So far, governments have largely failed to seize their chance to rearrange their energy supplies away from fossil fuels,” the study explains. “Instead, we are witnessing a global ‘gold rush’ for new fossil gas production, pipelines, and liquefied natural gas (LNG) facilities. This risks locking us into another high-carbon decade and keeping the Paris Agreement’s 1.5°C limit out of reach.”