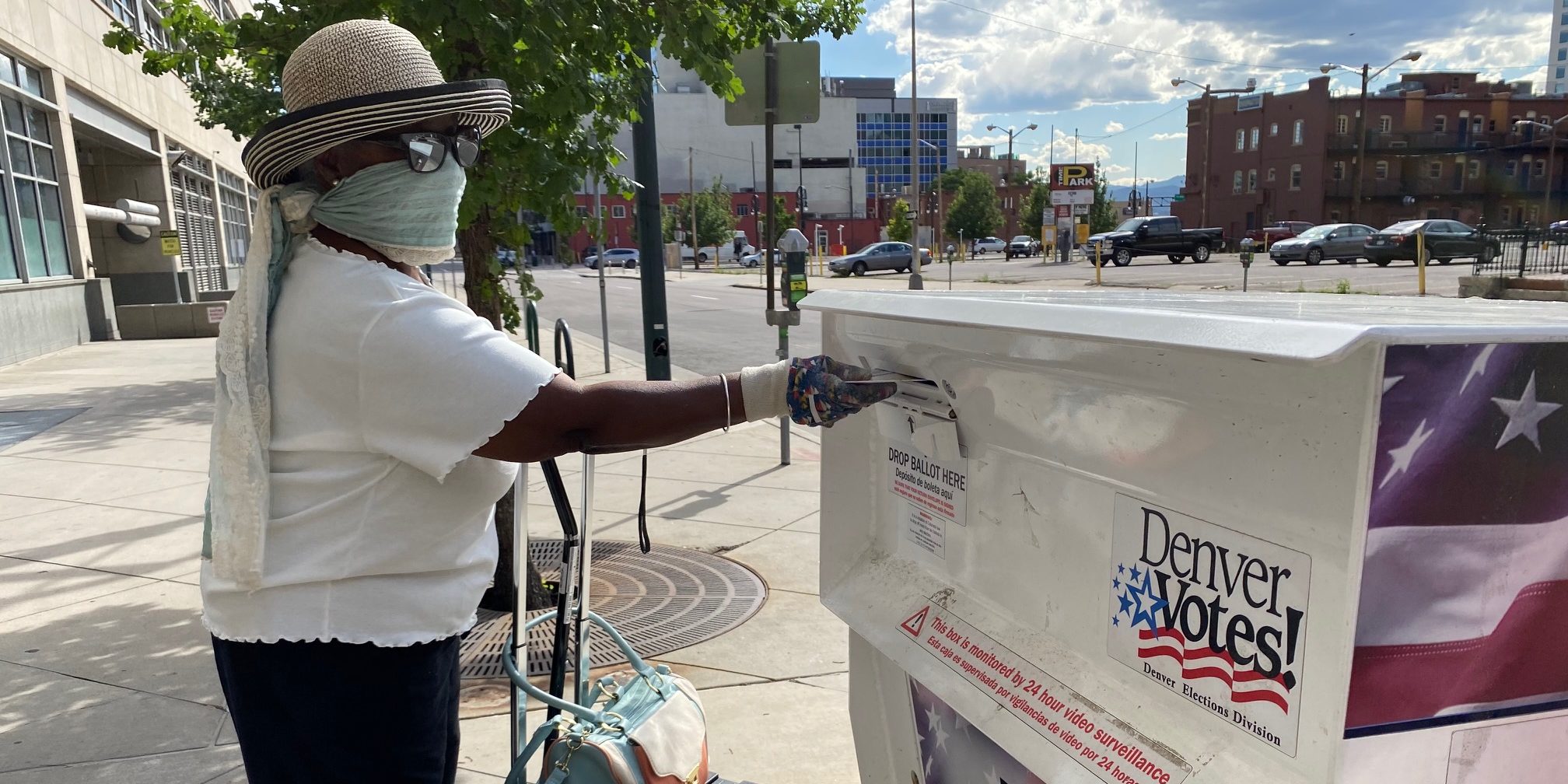 With the current Jefferson County Clerk and Recorder set to step down this year, two candidates — one Democrat and one Republican — are vying to take his place.

In Colorado, County Clerks and Recorders’ responsibilities include overseeing elections, managing voter registration, and recording and filing documents, according to Ballotpedia. They also confer with the Secretary of State and follow the secretary’s directives.

The role of County Clerk and Recorder has been thrust into the public eye recently, particularly with the March indictment of one of Colorado’s own GOP clerks and recorders, Tina Peters of Mesa County, on allegations of misconduct and tampering with voting equipment.

Incumbent Jefferson County Clerk and Recorder George Stern, a Democrat who was elected in 2018, announced last year he would not be running for re-election. In a December 2021 statement, he wrote that he made the decision in part to “be a more present dad and husband” to his family.

Although three candidates initially entered the race to fill Stern’s position, one Democrat, former Jefferson County Commissioner Casey Tighe, has since dropped out.

Amanda Gonzalez, a Democrat, and Vicki Pyne, a Republican, are the two remaining candidates in Jefferson County’s Clerk and Recorder Race. Neither one will face a challenger in Tuesday’s primary elections.

Here’s what you need to know about the candidates and where they stand on essential issues.

Gonzalez is an attorney and elections expert with an extensive history of executive leadership and community organizing. Currently, she’s the Director of Lawyer Engagement at Civic Nation, a nonprofit dedicated to promoting equity and inclusivity.

In her previous role as Executive Director of Colorado Common Cause, Gonzalez said she helped train hundreds of volunteers and attorneys as part of a major statewide nonpartisan effort to protect election integrity in 2020.

Civic Engagement: Gonzalez strongly supports civic engagement and “believes that our government is better when we all participate,” according to her campaign website. She has also been active in protecting voting rights for members of the community.

In an interview with the Colorado Times Recorder, Gonzalez said the Clerk and Recorder can play a crucial part in getting more people to vote, particularly in more remote areas.

If elected, she plans to step up voter outreach efforts and education within the community to get more people to participate in government. Gonzalez also aims to increase equity, inclusion, and accessibility for voters.

“[One of my goals is] increasing voter outreach and education,” said Gonzalez. “I’ve been at a number of community events as part of the campaign and in my spare time, and I have often thought, gosh, what if there were representatives here answering questions about voting and registering people to vote?”

Gonzalez said she admires some of the work being done in Denver to promote inclusivity, which has included making ballots and voting materials accessible for Spanish speakers.

Election Integrity: On her campaign website, Gonzalez stated that she believes elections should be free, fair, convenient, and accessible and that she plans to “safeguard our voting system” while enabling more people to exercise their right to vote.

Gonzalez said on her website that she sees the office of Jefferson County Clerk and Recorder as one of the most essential offices in the county, especially amid the past few years’ unprecedented assaults on election integrity.

“I think that a lot of voters, a lot of residents in the county, don’t realize how important the Clerk’s office is,” Gonzalez told the Colorado Times Recorder. “This is the person who is going to be running the elections during the 2024 Presidential [election]. This person helps decide where ballot boxes go.”

Gonzalez also stated that she views Colorado elections as the “gold standard” for elections across the nation and that she intends to continue this trend.

Government Transparency: According to Gonzalez’s website, city contracts, records, licenses, and other documents should be openly accessible and that elections should be conducted in a transparent manner.

Gonzalez said she intended to continue the work of incumbent Clerk and Recorder George Stern, who has championed this kind of transparency during his time in office.

“I actually think that later this week, maybe next week, you can tune into the Facebook page and see how ballots are processed. We want to inspire confidence in our elections, and so keeping up that transparency” is of the utmost importance, Gonzalez said.

Pyne is a Program Director for Court Appointed Special Advocates (CASA) of Jefferson and Gilpin Counties, an advocacy program for vulnerable young people in the justice system. She also serves as President of the Board of Directors for the Apex Parks and Recreation District in Arvada as well as Director of Public Affairs for the Mormon Church.

In 2020, Pyne ran for election to the Colorado House of Representatives, but she lost by several percentage points to state Rep. Brianna Titone (D-Arvada).

Pyne did not respond to requests for comment on this story.

Election Integrity: Pyne vowed on her campaign website that she will “work to make sure every vote is legal and is counted.”

While Pyne doesn’t directly reference the unproven notion of widespread voter fraud here, her statement mirrors the language of GOP officials who have expressed such concerns in the wake of the 2020 elections.

When asked about election integrity in an interview with the Arvada Press, Pyne said, “I think questioning systems is healthy because we are then motivated to improve processes. … I do know, as a county, we can be better at cleaning up the voter rolls. This would not only assure one vote per legal voter, but it would also be fiscally responsible, and that is not controversial.”

However, there are no known significant problems with Jefferson County’s voting rolls, so it’s not clear why Pyne believes the country can do a better job “cleaning up” the rolls and at what cost she proposes to do so.

Civic Engagement: Pyne told the Arvada Press that “it is the duty of every citizen to vote and have their voice involved in the work of our Republic.”

She also said that “increasing community engagement and voter registration” should be important goals for any clerk and recorder.

Essential Services: According to Pyne’s website, she plans to reinstate drop-in appointments at the DMV and get rid of kiosk fees if elected. With regards to the recording of documents, Pyne also stated on her website that she “understand[s] the importance of organized processes that remain on budget.”